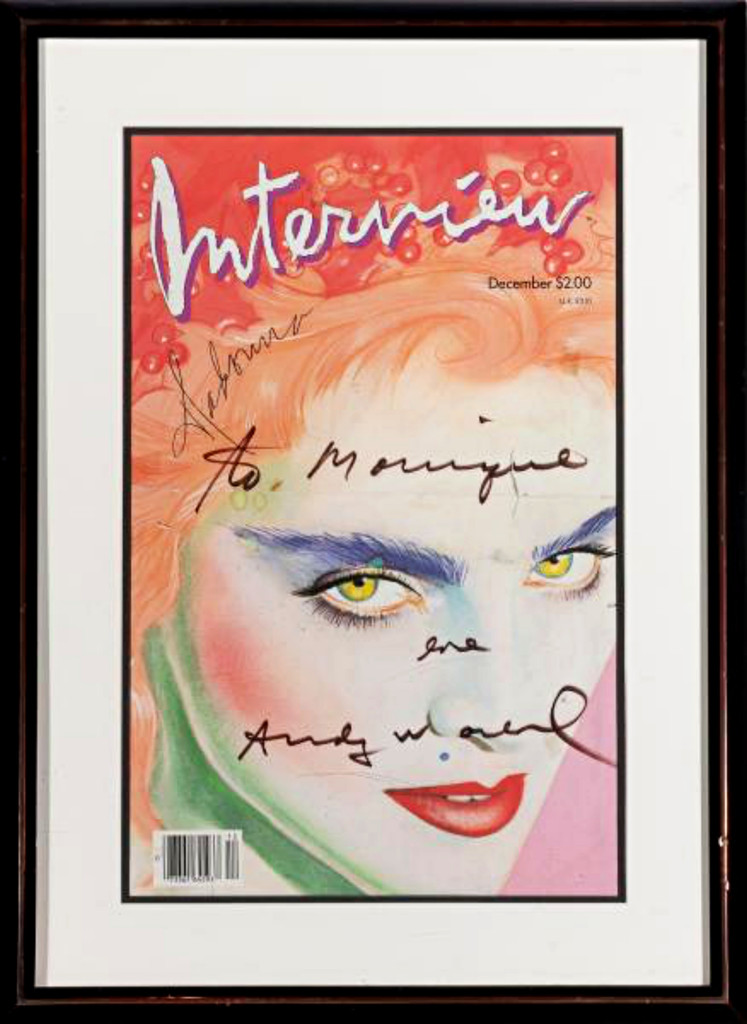 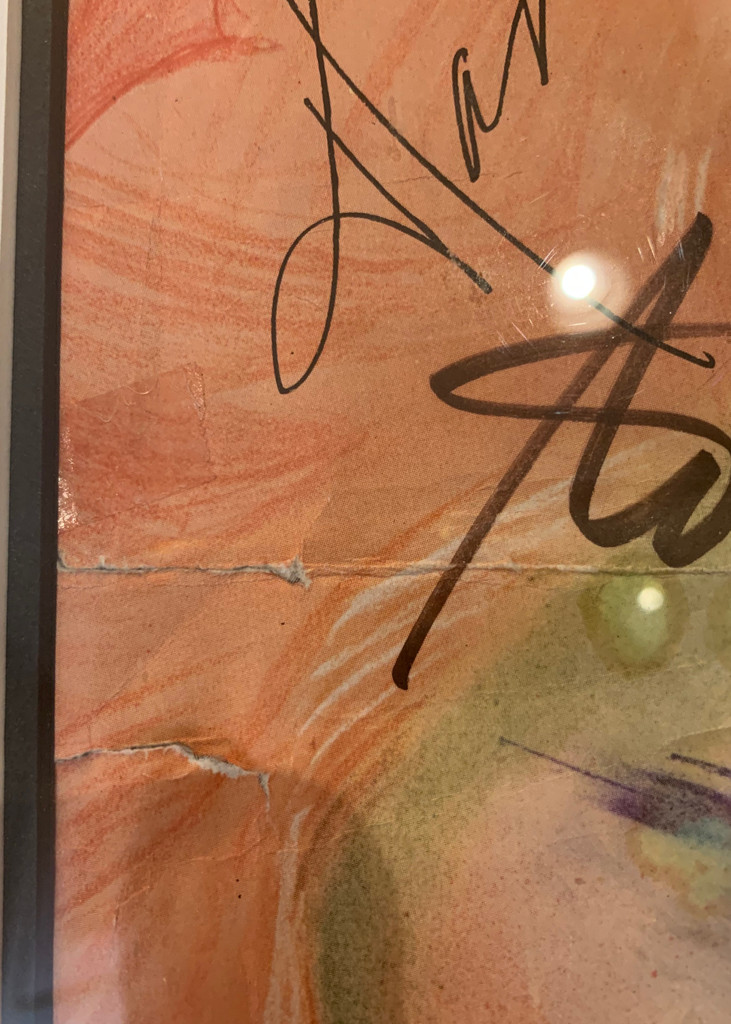 Large inscription in marker across the image "To Monique love Andy Warhol" and with Madonna's (cover subject)facsimile signature.

A special piece of Andy Warhol history - and an historic collectible! The color printed broadsheet cover to the December 1985 issue of Interview, with a large inscription in black marker across the image "To Monique love Andy Warhol" and with Madonna's facsimile signature on the cover with her image. Provenance is impeccable as this cherished gift from Andy Warhol was acquired from the sale of Warhol friend, the actress and socialite Monique Van Vooren until after her passing in 2000. Monique Van Vooren (1927-2020) was a film and stage actress who enjoyed a long career with diverse roles ranging from the 1960s television series Batman to Andy Warhol’s Frankenstein and Oliver Stone’s Wall Street. Belgian-born and a champion ice skater and beauty queen in her youth, Van The color printed broadsheet cover only to the December 1985 issue of Interview, with a large inscription in ink across the image "To Monique love Andy Warhol" and with Madonna's facsimile signature. 16 1/2 x 10 1/2 inches. Framed. Tear affecting part of inscription, folds short tears, not examined out of frame. Vooren arrived in New York in 1950 to study philosophy on a Fulbright scholarship. Outside of her acting career, Van Vooren recorded the album Mink in Hi-Fi in 1958 and published the novel Night Sanctuary In 1983. But it was through her circle of friends that many came to know Monique Van Vooren. Warhol devoted a chapter in 1979's Exposures to Monique Van Vooren and her great friend Sylvia Miles, memorably writing: "Monique lives on the East Side in a white brick high-rise with lots of doormen and closed-circuit TV. She has a four-and-a-half room apartment covered in zebra skin rugs and wallpapered with photographs of herself with famous men. Monique and Nureyev. Monique and Erik Bruhn. Monique and Valentino. There's a signed photograph of JFK on her baby grand piano. There's a mirror over her bed." Warhol cast Van Vooren as Baroness Frankenstein in his 1973 adaptation Andy Warhol’s Frankenstein, now a cult classic, directed by Paul Morrissey and starring Udo Kier and Joe Dallesandro. Warhol and Van Vooren would be photographed dozens of times together in the 1970s and 80s. See Andy Warhol, Exposures, Grosset & Dunlap, 1979, p. 176 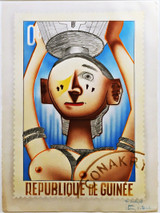