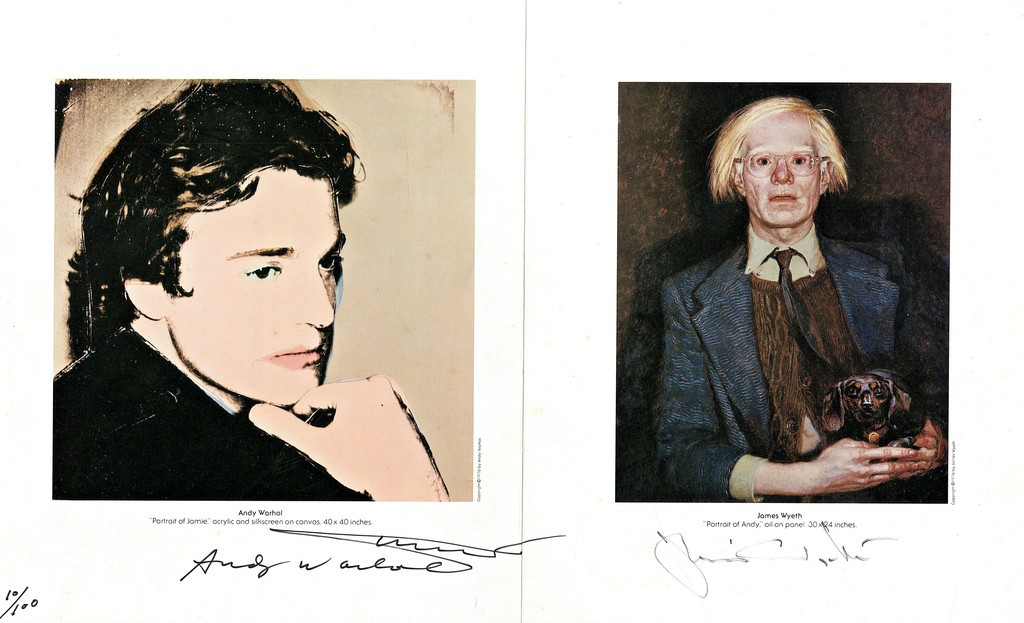 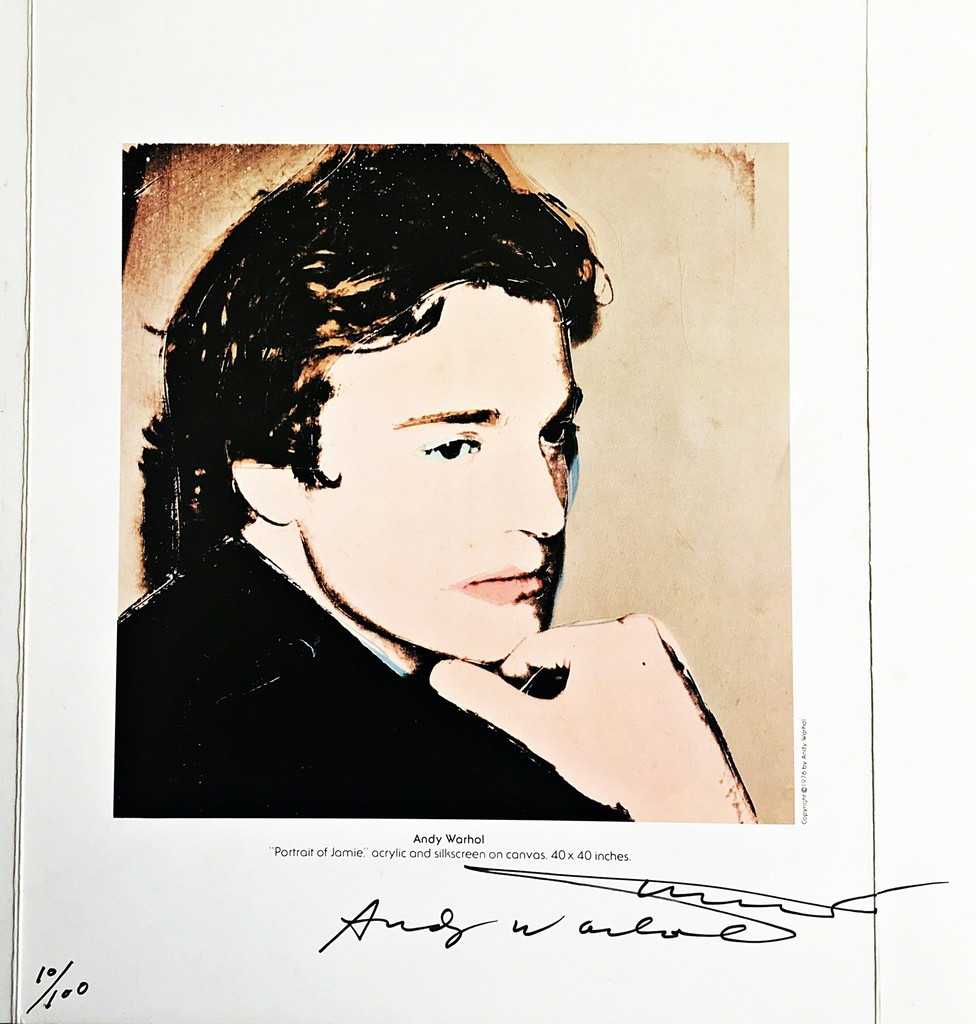 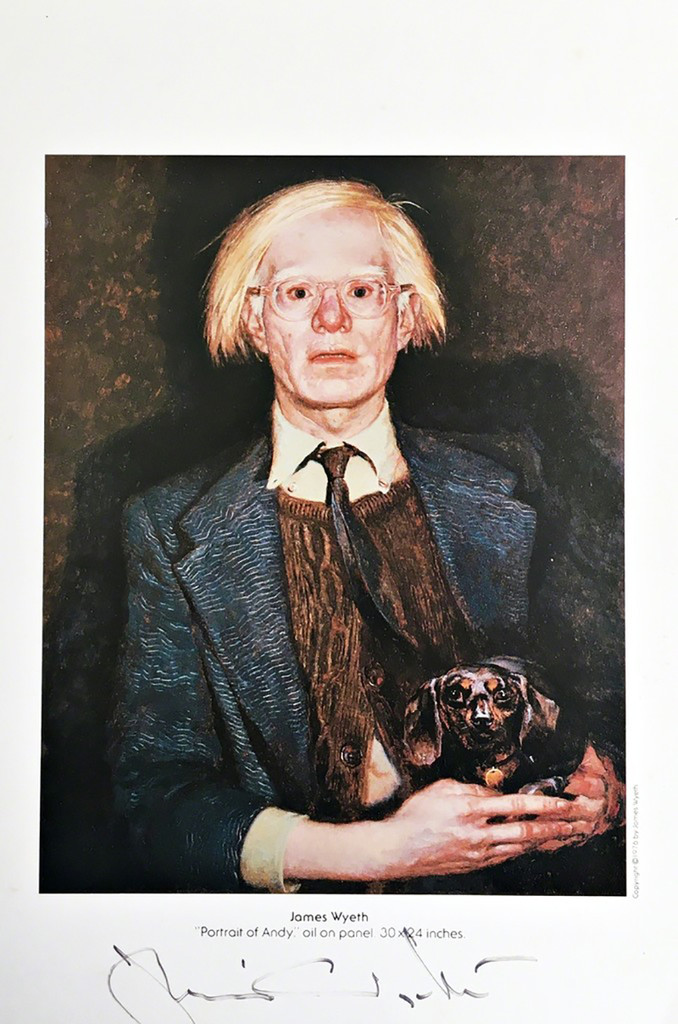 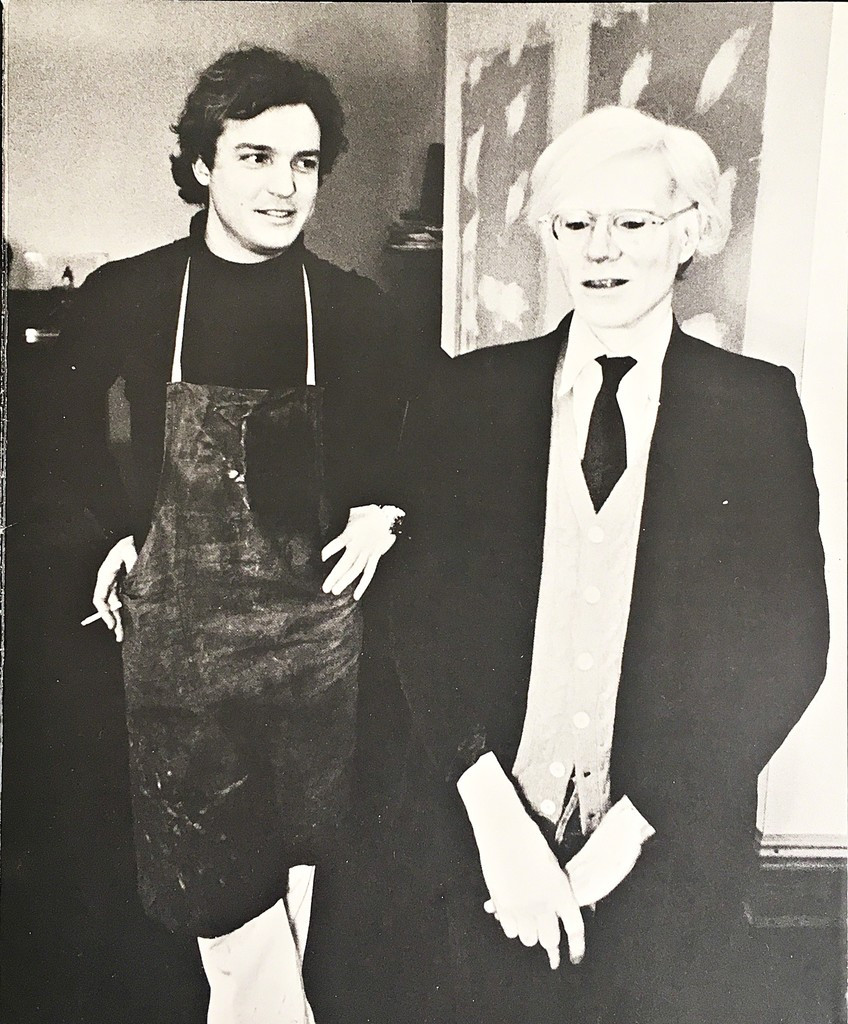 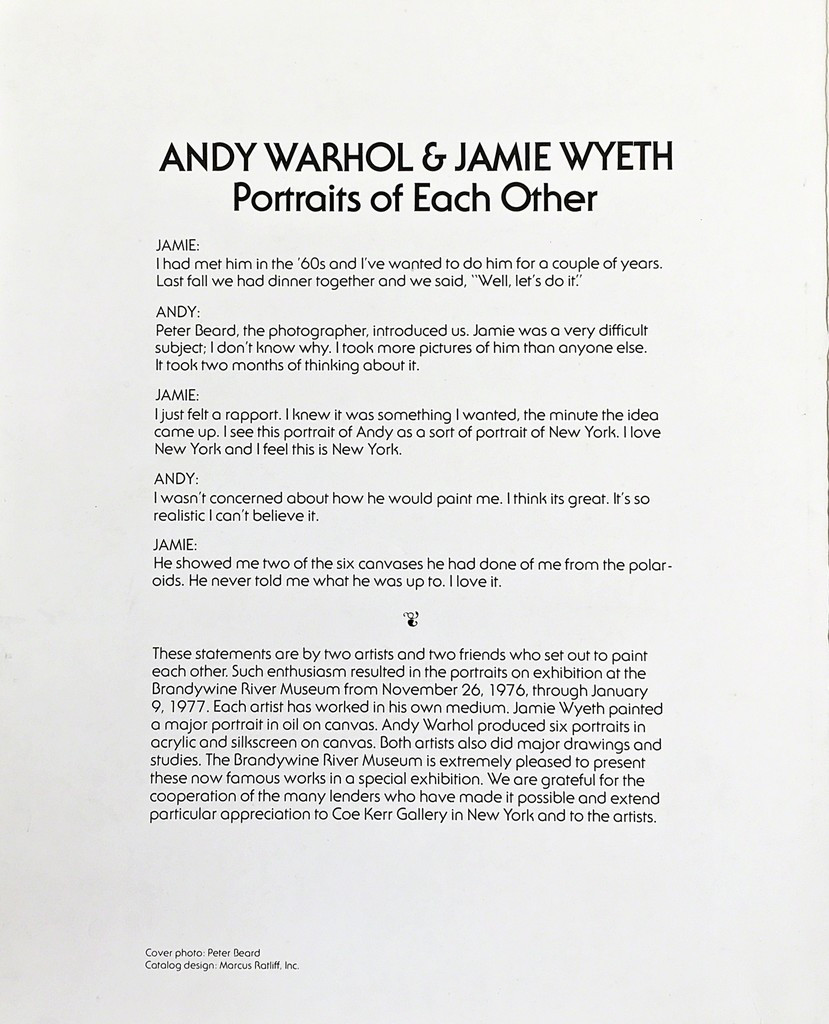 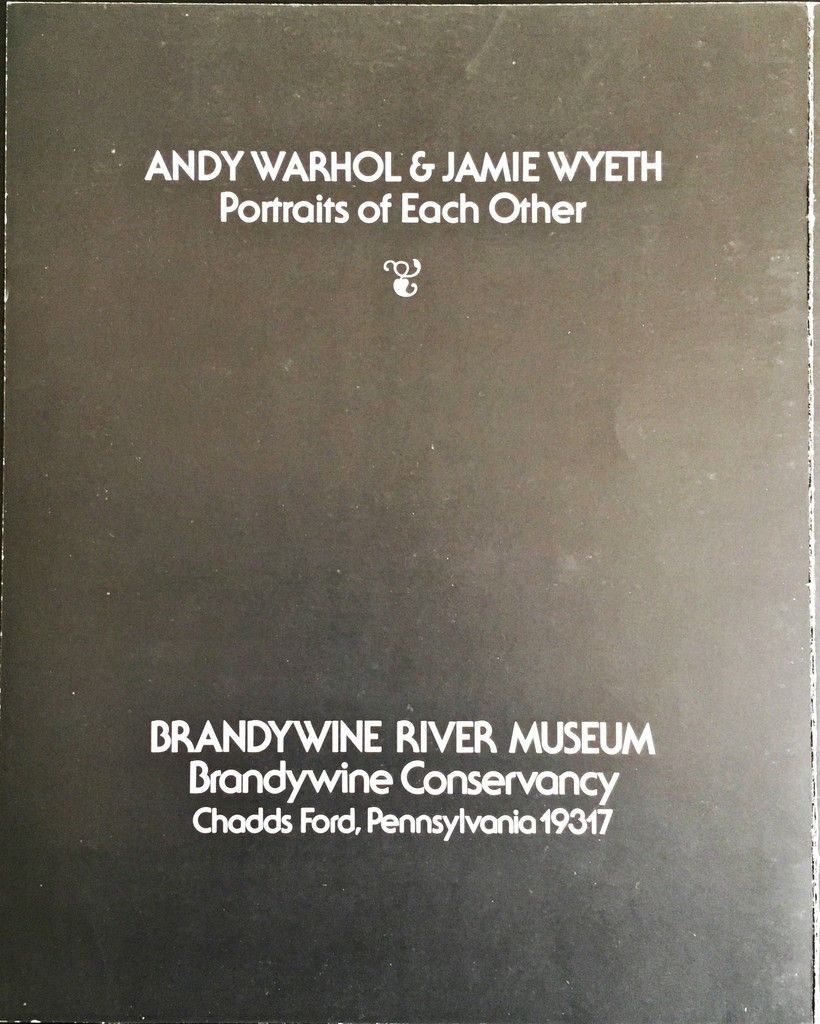 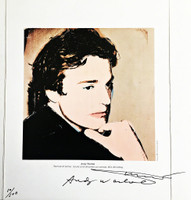 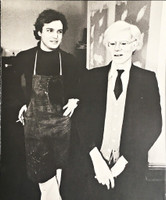 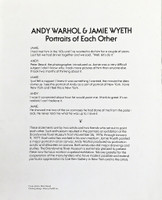 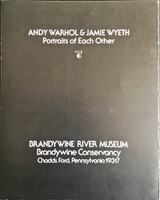 Andy Warhol & Jamie Wyeth: Portraits of Each Other (Signed by both Wyeth & Warhol), 1976

Limited Edition Offset Lithograph. Signed by both artists and signed twice by Andy Warhol. Numbered. Unframed.
10 × 24 inches
Edition 10/100
This is a super rare and highly collectible limited edition numbered offset lithograph exhibition announcement  --hand signed by both Andy Warhol (twice) and Jamie Wyeth and numbered from the limited edition of only 100. It was published on the occasion of the exhibition "Andy Warhol & Jamie Wyeth: Portraits of Each Other", June 3-July 9, 1976 at the Coe-Kerr Gallery in New York City -  signed and numbered by Andy Warhol and Jamie Wyeth respectively.

The tri-fold catalogue features a black and white photographic portrait of both artists together followed by quotes from each artist about the other, annotated by Warren Adelson the Gallery director. Following that are two dazzling color plates - one of Warhol's portrait of Wyeth; the other, Wyeth's of Warhol.  According to "Warhol: The Biography" by Victor Bockris, "Warhol and Wyeth had been commissioned to paint each other's portraits and show the results, along with preparatory drawings, at Manhattan's prestigious Coe-Kerr Gallery. This was a clever move by Warhol. Jamie Wyeth's [Son of famed artist Andrew Wyeth] reputation was largely based on portraits of people like John Kennedy and American mogul Joseph E. Levine, so realistic and detailed that their subjects, shocked by the results, often hid them in their closets. Still, Wyeth's name was a trump card, and it was a constructive move for Andy to associate with him at a time when Warhol wanted to make a strong re-entry into the New York art world. It was also a daring move, since Wyeth's approach was the reverse of Andy's, and comparisons might well have reflected worse on Warhol's approach to portrait painting. The results displayed at the Coe-Kerr Gallery in June 1976 were a solid success for Andy. While Wyeth's portrait showed Warhol as an aging, fragile, shaky, shell-shocked and pock marked victim of his life, and Warhol's portrait showed Wyeth as a glamorous all-American art star, the combination of the two..showed Andy as the serious, thoughtful and painterly artist that he was. The reviews were good and Andy and Jamie continued to see each other."

This limited edition double sided hand signed and numbered catalogue measures 24 inches by 10 inches when fully opened accordian style, and is in very good vintage condition with minor handling and age wear , scuffing, etc. from opening and closing the brochure.  The two hand signed and numbered portraits would look gorgeous framed.  These hand signed works were created in a very limited edition of only 100 signed and numbered editions to be sold to VIPs and collectors. The 1976 exhibition opening of  "Andy Warhol & Jamie Wyeth: Portraits of Each Other" was a star studded extravaganza, attended by more than 2400 people including Fred Woolworth, Henry Fonda and celebrities from Hollywood, business and the arts - and it was featured in a glowing New York Times article. This is a highly collectible piece of 1970s ephemera.