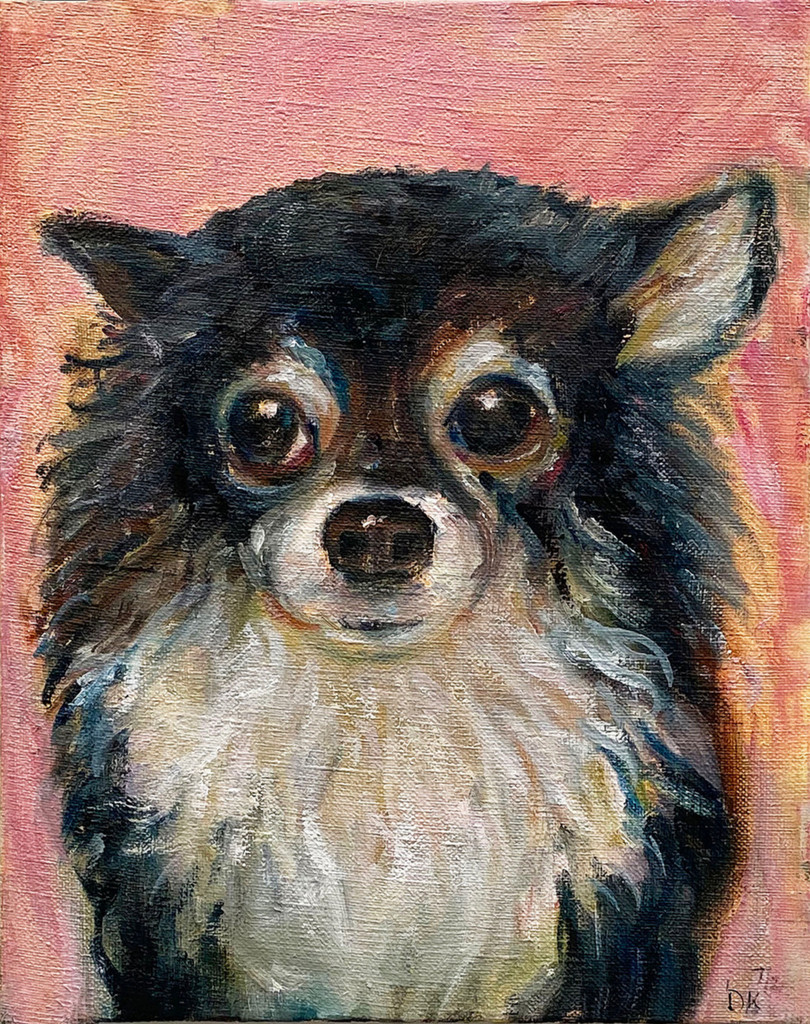 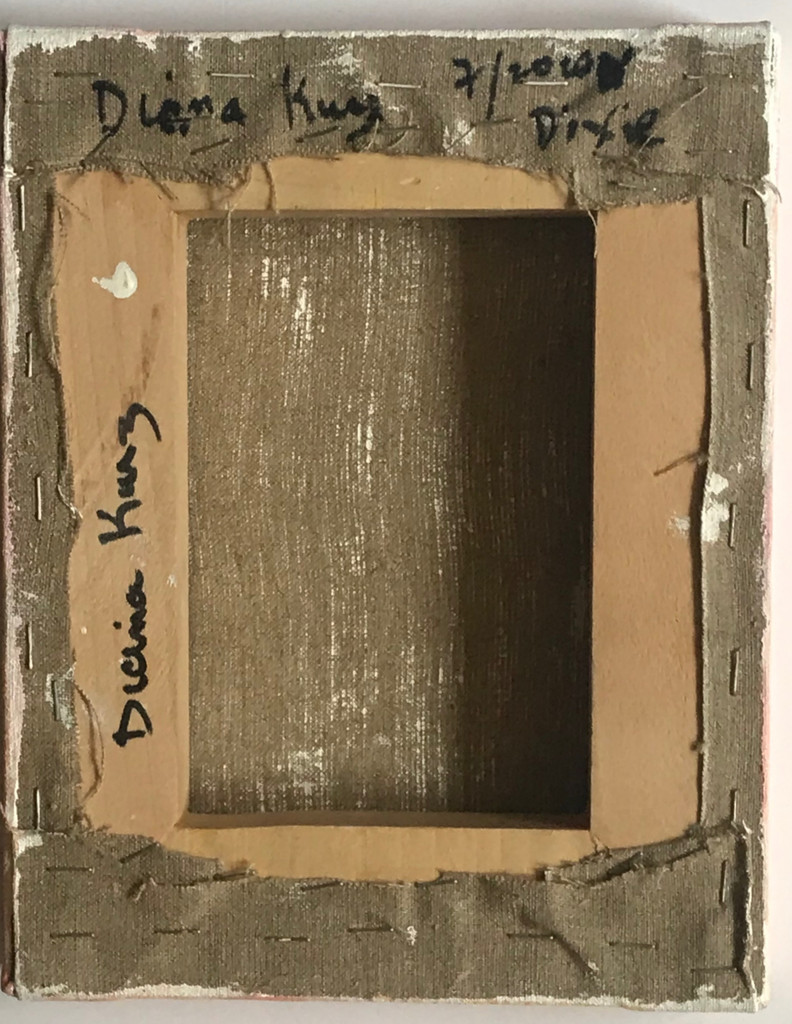 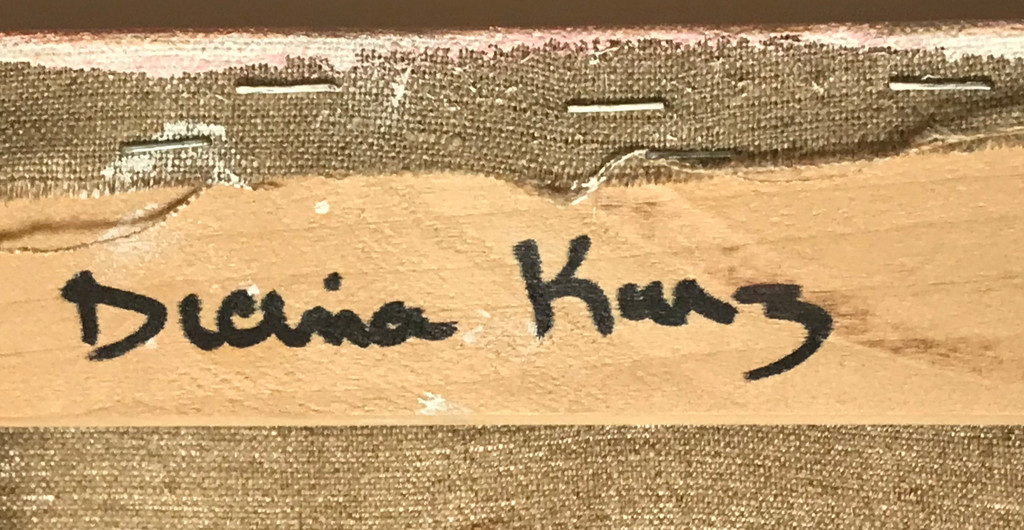 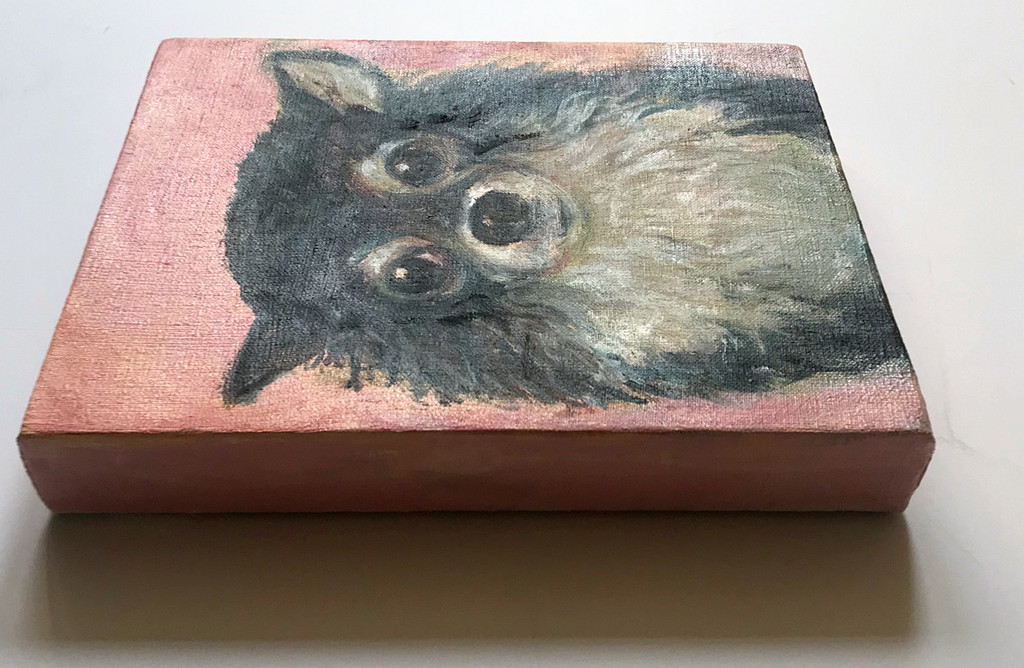 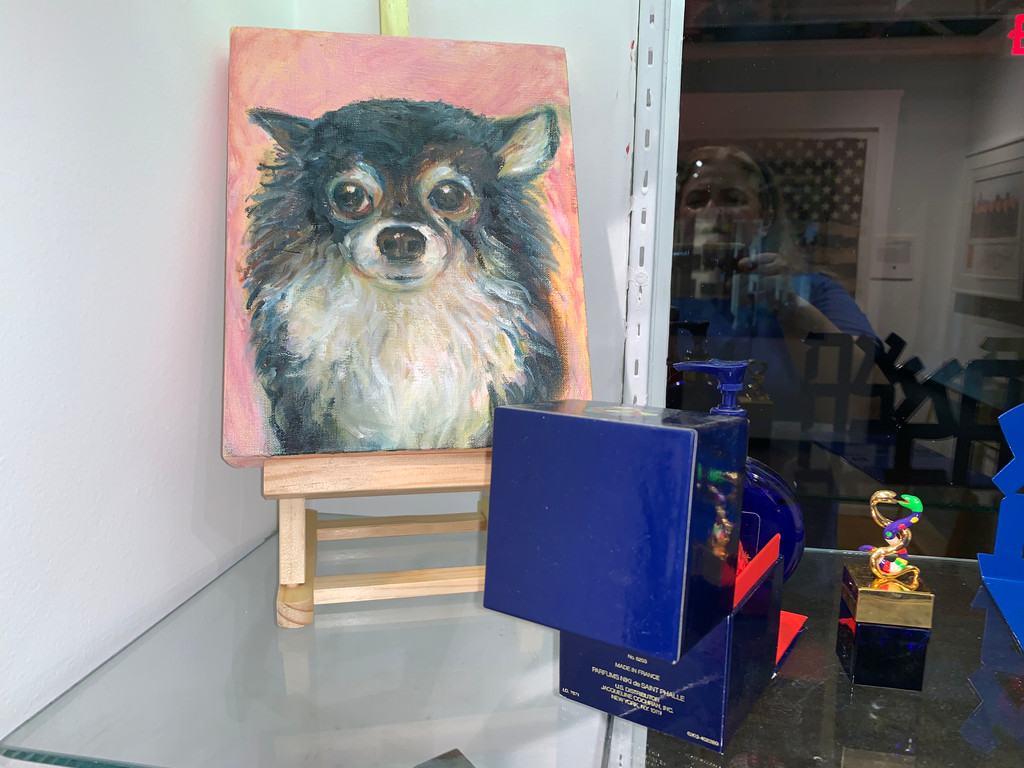 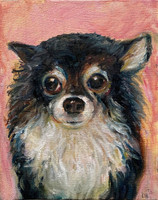 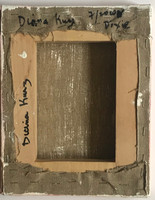 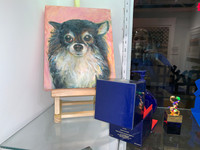 This is one of the winning works in the competition Pets of the Pandemic, juried by art historian David Cohen, publisher and editor of Artcritical magazine, who cited Dix/Dixie for special commendation - stating it is "as adorable as a Renoir child portrait."

Click HERE to view article in Augusta Magazine featuring an image of this painting. The show was also featured in Spectrum News/NY1 Television and other magazines and newspapers.

Signed, dated and titled on the front, side and back

" Dix/Dixie, my long-haired Chihuahua, was rescued from a shelter in Tennessee, and has lived with me and my cat in my Soho [Manhattan] loft since 2011. She is a very sweet gentle dog, and her quiet and loving presence has been especially soothing during these strange and stressful last few months. Since just about the only time I leave my loft is to walk her twice a day, she has become my link to the outside world during the pandemic.”

This work was cited for special commendation by the judge, art historian David Cohen, publisher and editor of Artcritical, who wrote,

"As adorable as a Renoir child portrait”

Diana Kurz was born in Vienna, Austria, came to the US in 1940 and lives in Soho, NYC.

She has been an exhibiting representational painter since the 1970s. Her subject matter includes monumental figure paintings, landscapes, still lifes, portraits, and animal imagery, and an important series of works on the theme of the Holocaust. Color is of primary importance in her work. Her preferred medium is oil on linen canvas, and she also works with watercolor and pastel on paper.

Her art has been widely exhibited in solo and group shows in museums and galleries throughout the United States and Europe, and is in many distinguished collections including The Corcoran Gallery of Art; Rose Art Museum; Smith College Museum of Art ; Wien Museum, Vienna; The Jewish Museum of Vienna; Yad Vashem Art Museum, Jerusalem; Bezirksmuseum Josefstadt, Vienna; Brooklyn Botanic Garden; Rowan University, US Holocaust Memorial Museum, Wash. DC and other public and private collections.

She has received numerous grants and awards including, among others:, a Fulbright Fellowship to France; American Center Residency in Paris; New York State Council on the Arts CAPS Grant; VCCA/Austrian Federal Ministry of the Arts Artist-In-Residence in Vienna; Atlantic Center for the Arts and artist residencies at Hambidge Center, Atlantic Center for theArts, , Yaddo, McDowell Colony, VCCA among others..

Kurz received her B.A. from Brandeis University and M.F.A. from Columbia University 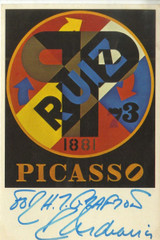 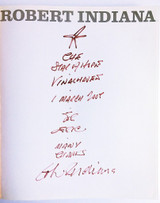 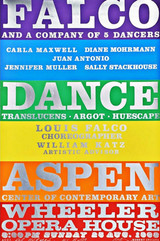 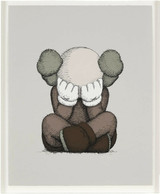