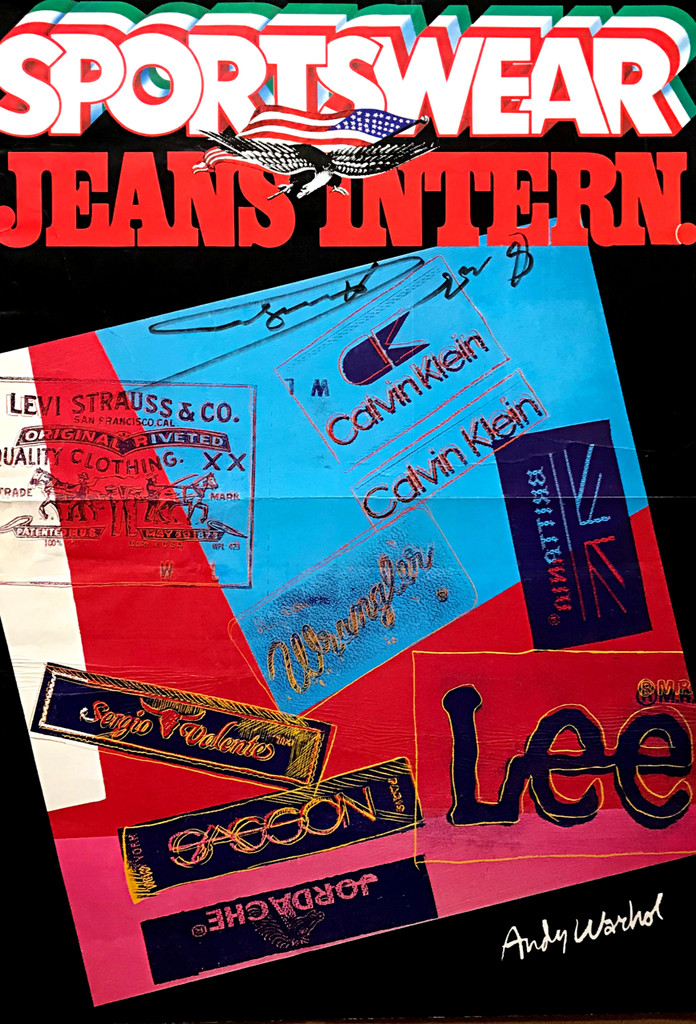 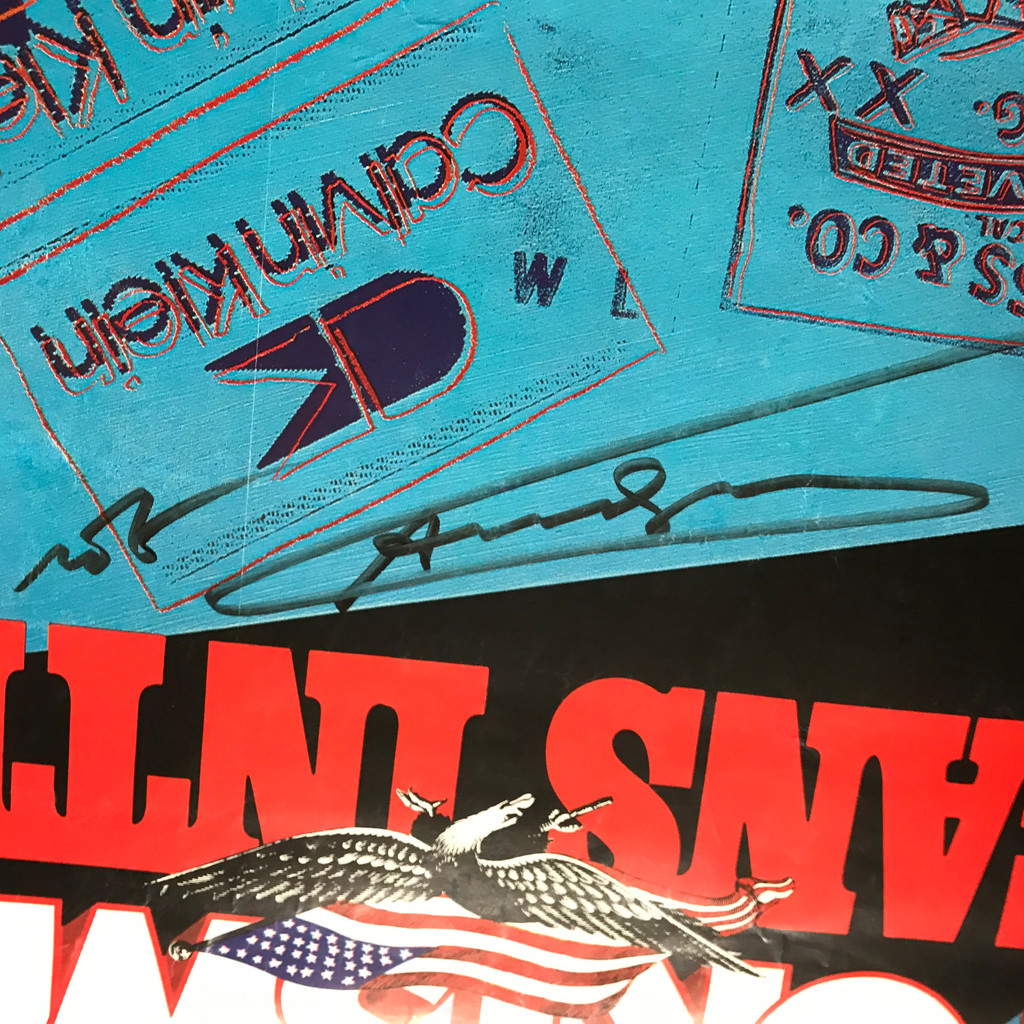 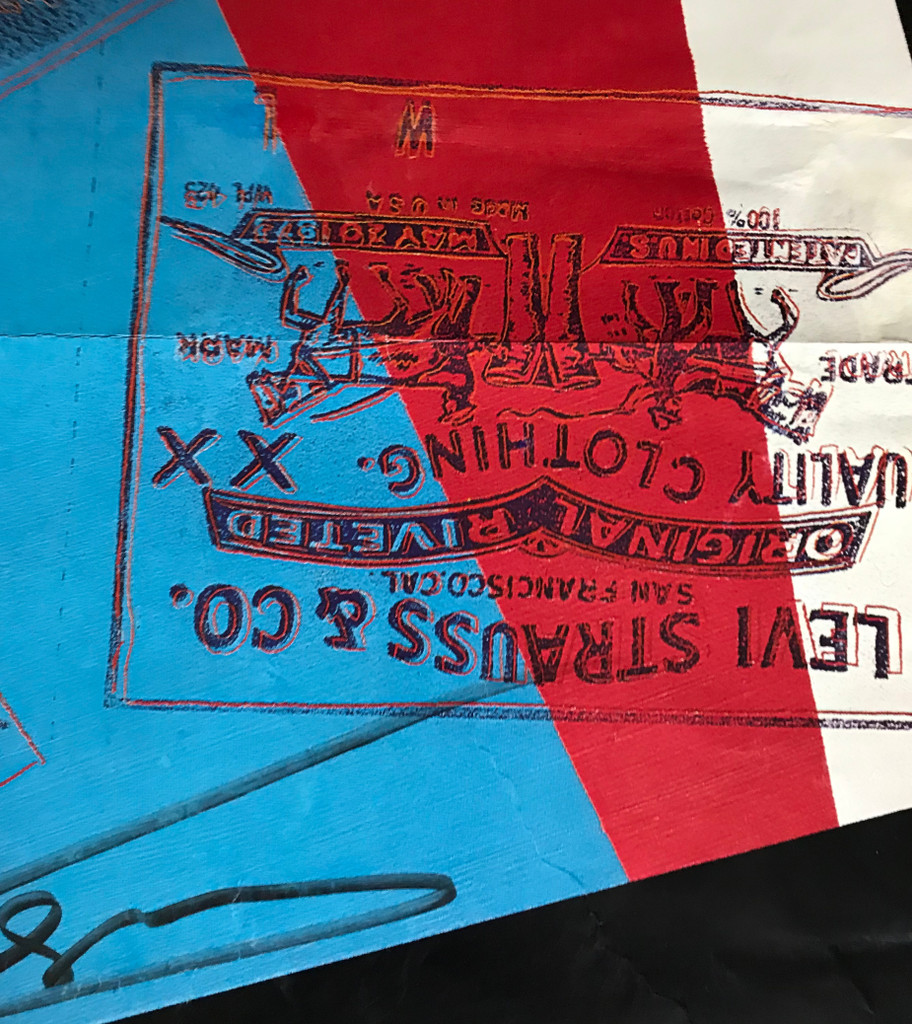 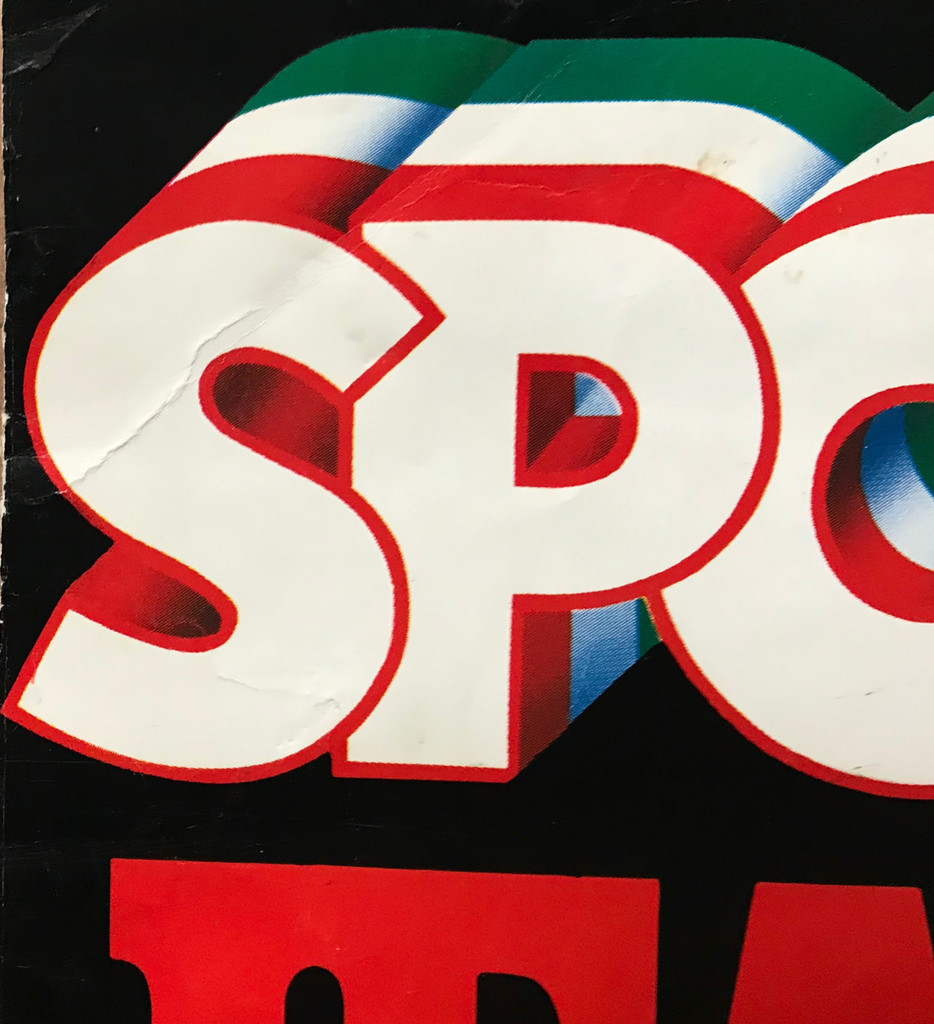 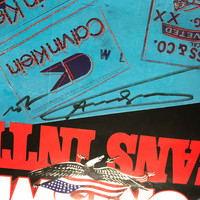 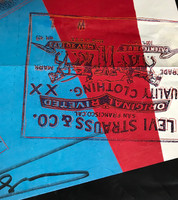 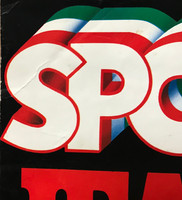 Andy Warhol was commissioned to design the inaugural issue of Jeans International Magazine, and this Warhol poster, "JEANS INTERN." was created to publicize the premier issue. Jeans International was a little known European trade magazine for the Jeans industry without wide circulation, and as a favor to the European publisher and VIPs, Warhol signed about 100 of them. These were inserts to the magazine, so Warhol's signed them inside the magazine, which then appear upside down when the poster is unfolded and fully displayed, as the present one.

The present work, is, exceptionally, hand signed and inscribed in black marker by Andy Warhol. Again, the signature was right side up before the poster was unfolded. According to the publisher, Warhol agreed to design the poster for the magazine because he was a jeans-lover, and he claimed that Warhol loved jeans so much, he would wear his favorite Levi's jeans under his smoking pants - those checkered pants he famously wore. This project also coincided with the publication of Andy Warhol's silkscreen for Levi's 501 Jeans, so Warhol probably viewed this obscure European trade publication and its young publisher as another promotional opportunity he was willing to try. An extremely uncommon collectors' item when hand signed. Even the publisher, who still has access to stacks of this poorly distributed magazine, does not have a signed copy - and he contacted us as ours was the only authentic signed copy he saw on the market!  A must have for any true Warhol fan, or anyone in the garment and jeans business. Fewer than 100 were signed by Warhol for the event. Authenticity guaranteed. 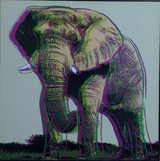