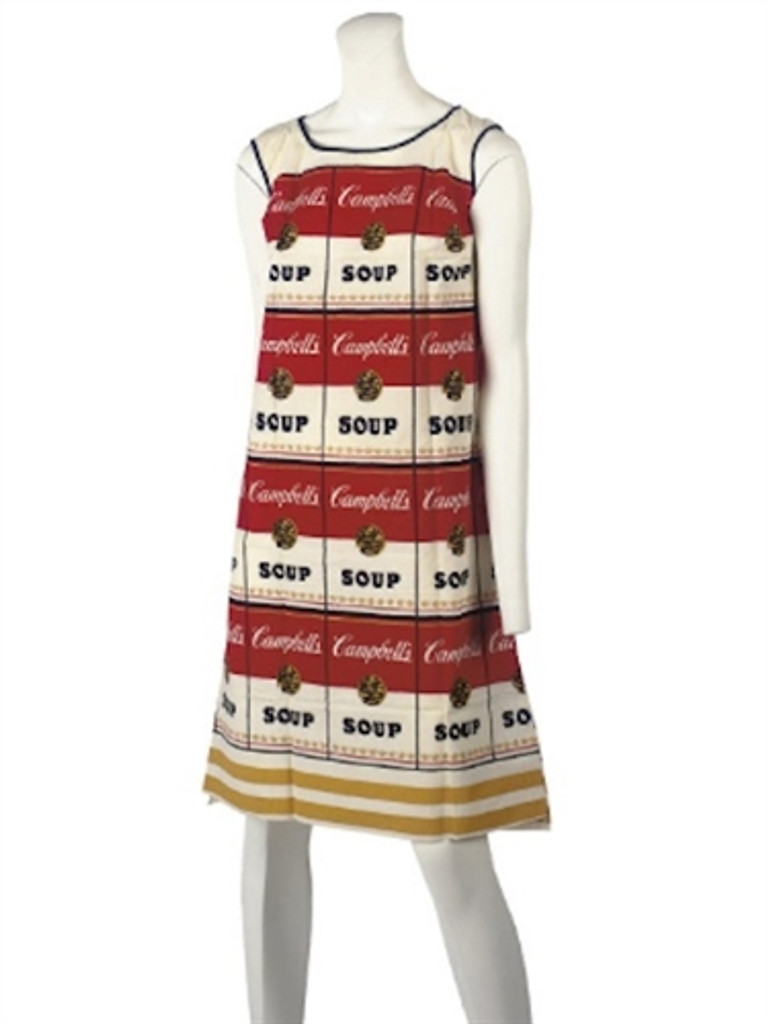 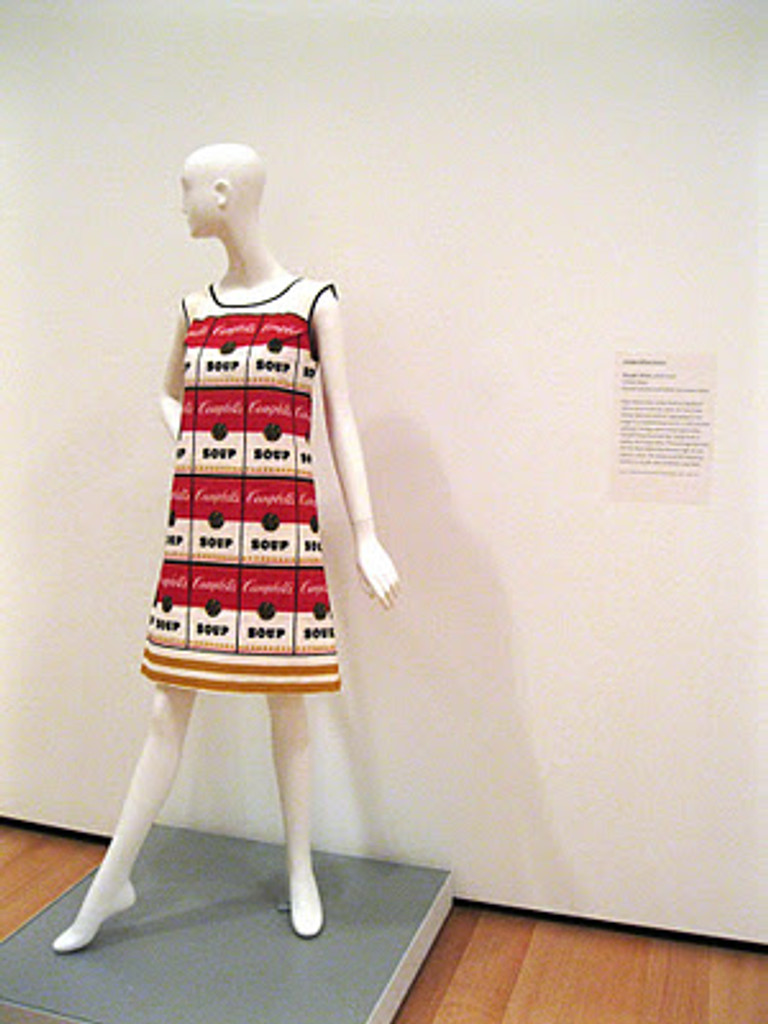 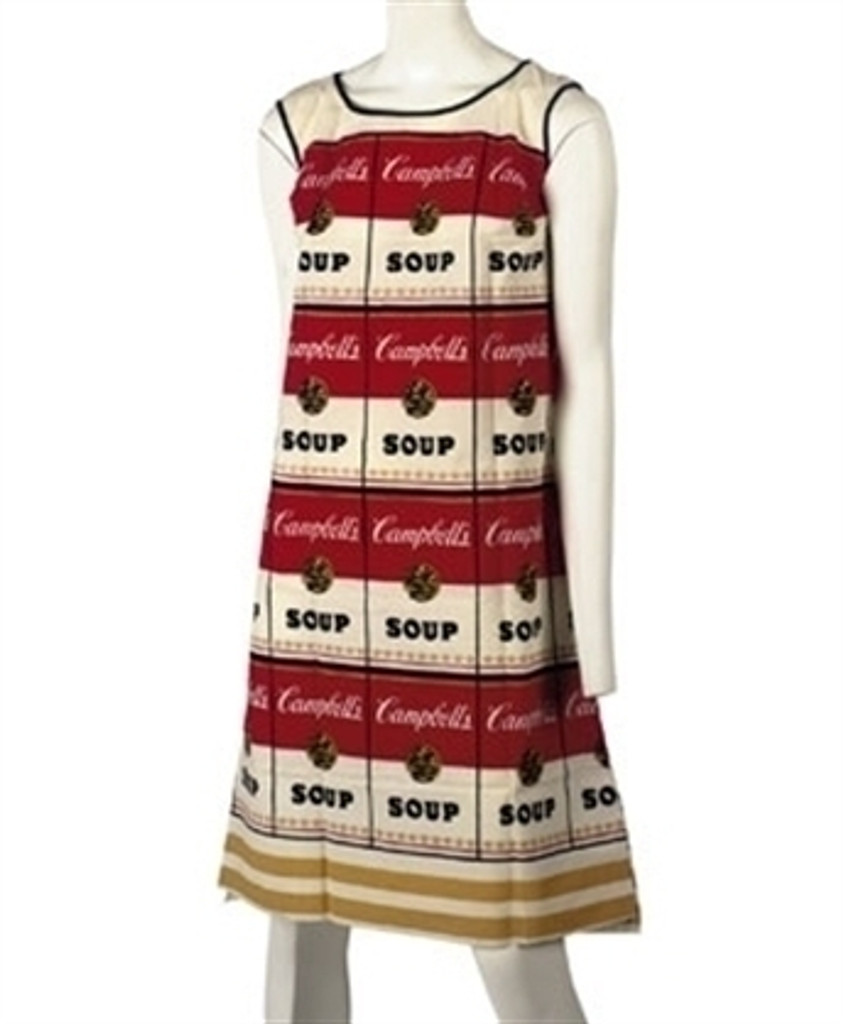 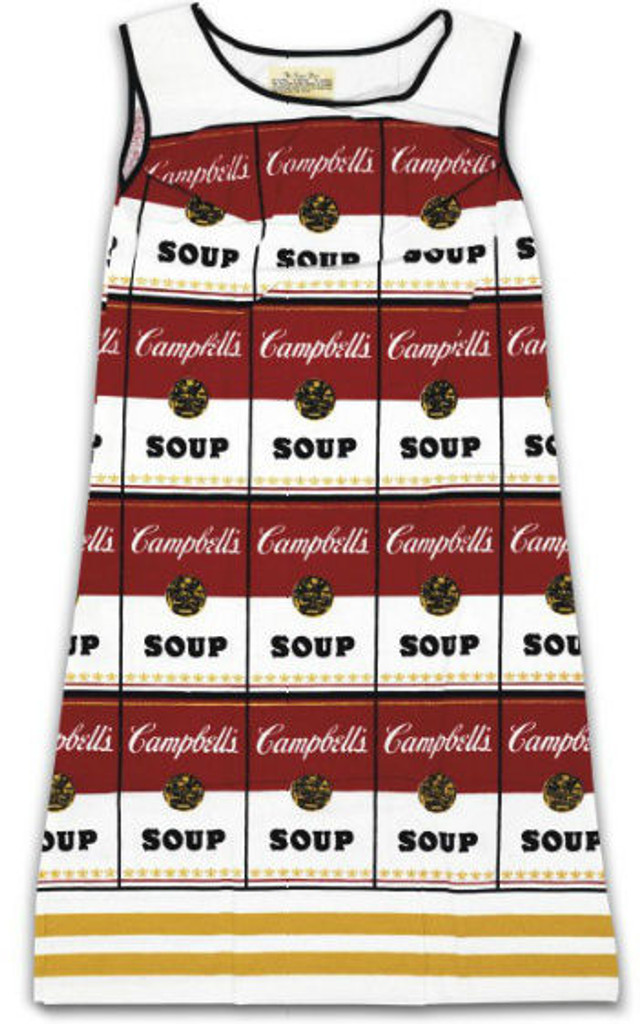 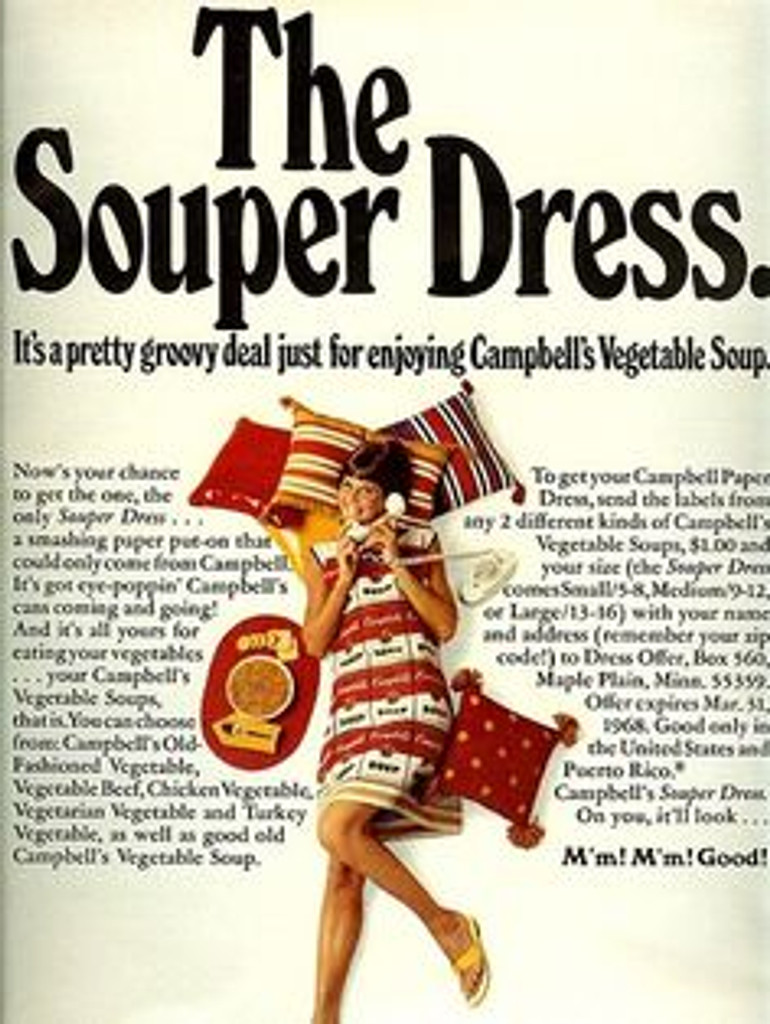 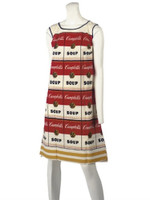 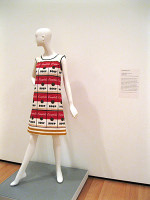 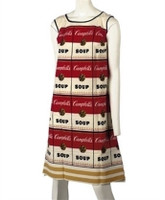 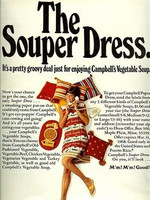 Andy Warhol (American, 1928–1987)
The Souper Dress, circa 1965
Screenprint on cellulose dress
38 x 22 in. (96.52 x 55.88 cm.)
Stamped with the Souper Dress label at the neck
This Andy Warhol Souper Dress is in excellent condition, crisp, folded as issued by the Campbell's Soup Company. The original owner's late father was a salesman for the Campbell's Soup Company in the 1960s, and she inherited this dress in factory-new condition. More than half a century later, it is extremely rare to find this piece in such fine condition.

This classic 1960s piece of conceptual art is also in the permanent collections of the Costume Institute of the Metropolitan Museum of Art, the Fashion Institute of Technology and the Andy Warhol Museum, and editions have been exhibited in galleries and museums around the world. It was also featured in a 2000 Whitney Museum exhibition focusing on Warhol's contributions to fashion, as well as many other museum and gallery shows about art of the 1960s and Warhol's influence on fashion and popular culture.

The dress is reproduced in the monograph The Warhol Look: Glamour, Style, Fashion. It is screenprinted with the red, black and white Campbell's Soup label and was sold by Campbell's Soup as a nod to the throwaway, carefree culture of the 1960s. The Souper Dress is an early and iconic example of the convergence of fashion, high art, advertising and industry and is well-recognized as a collector's item. Many women who acquired these dresses in the 1960s took the instructions on the affixed label literally and disposed of these valuable dresses after receiving them. Thus, The Souper Dress is increasingly scarce and valuable.
Comparable Sales: 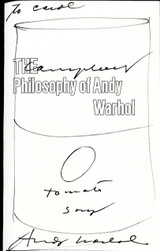 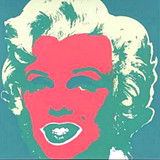