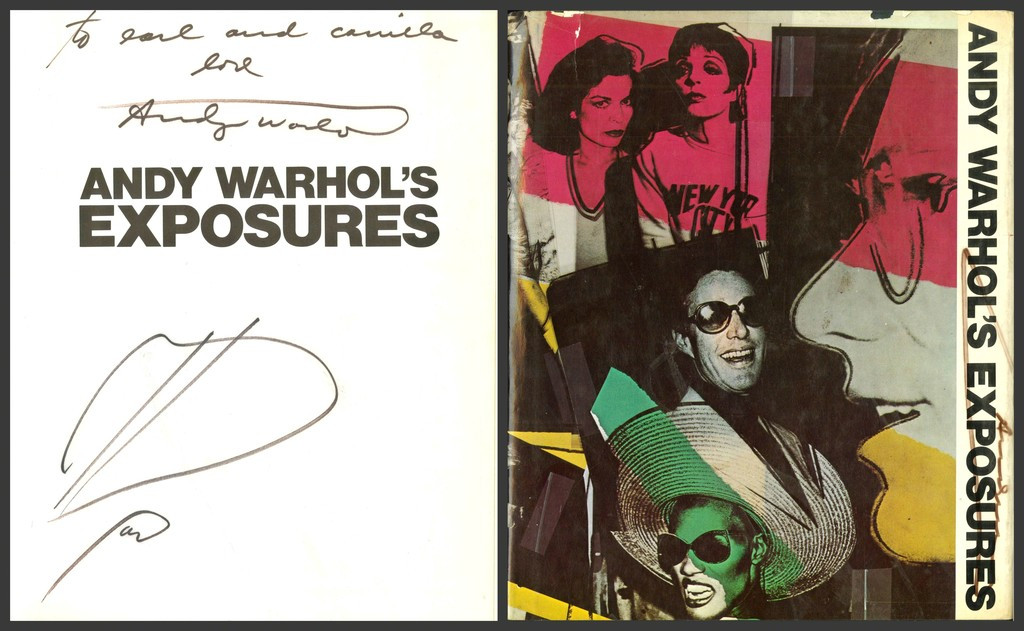 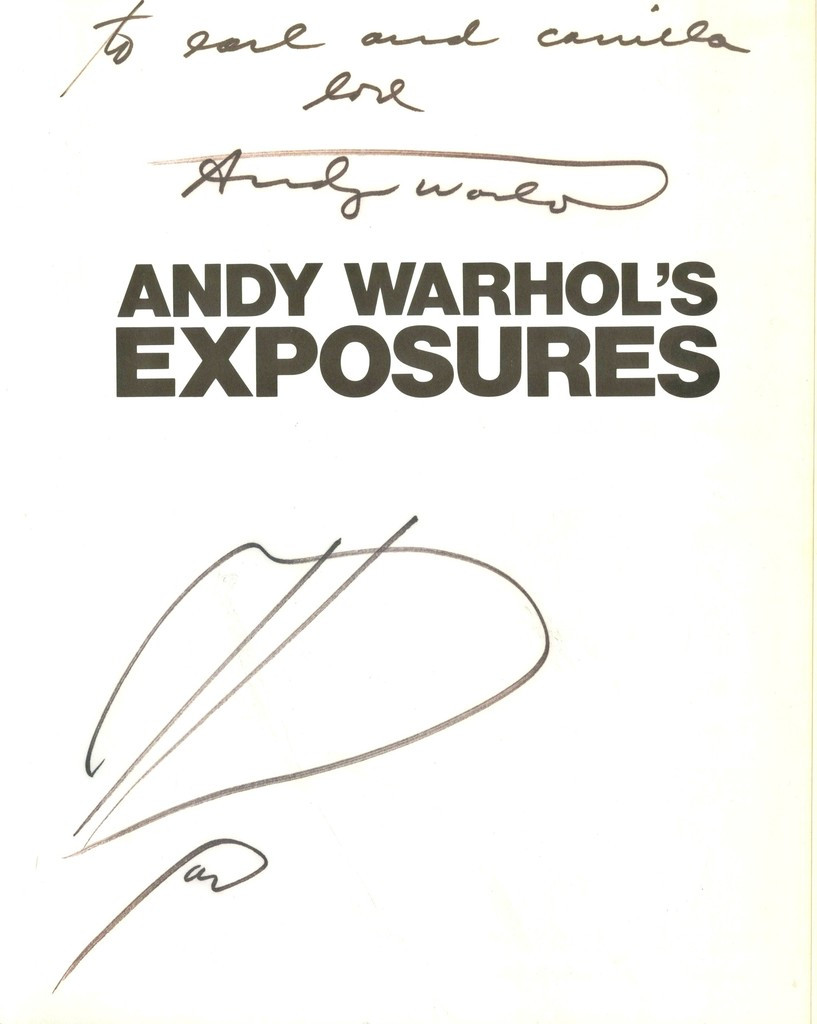 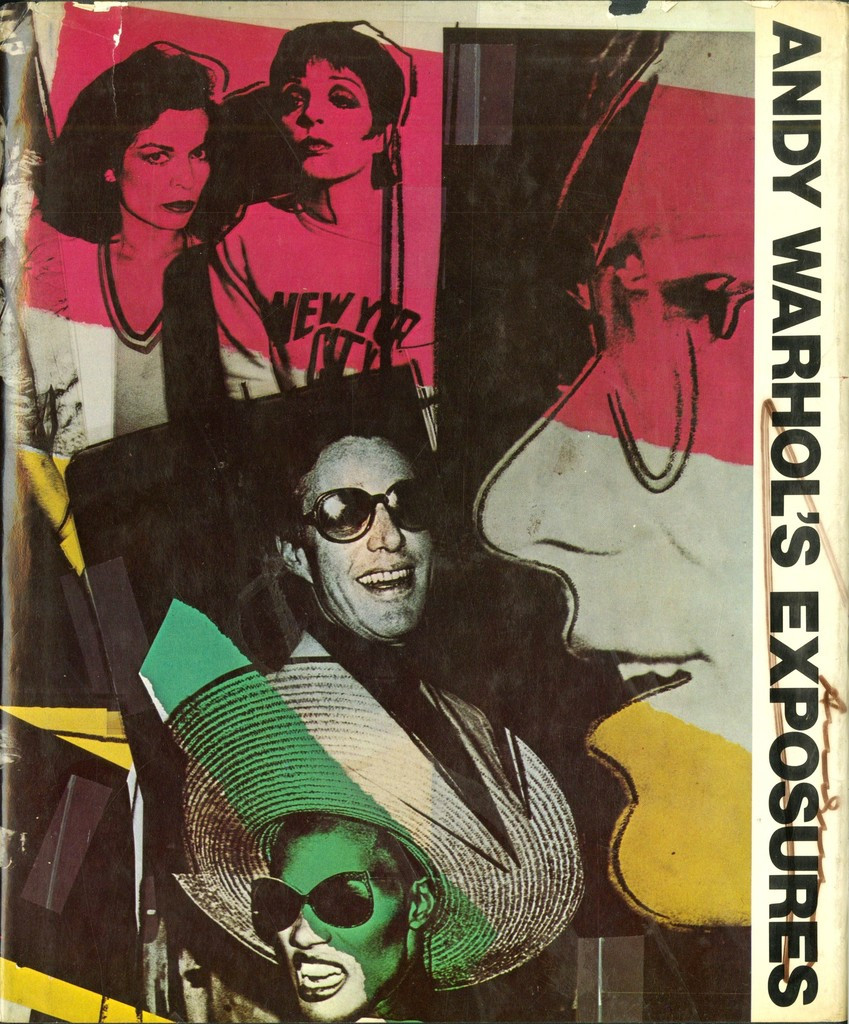 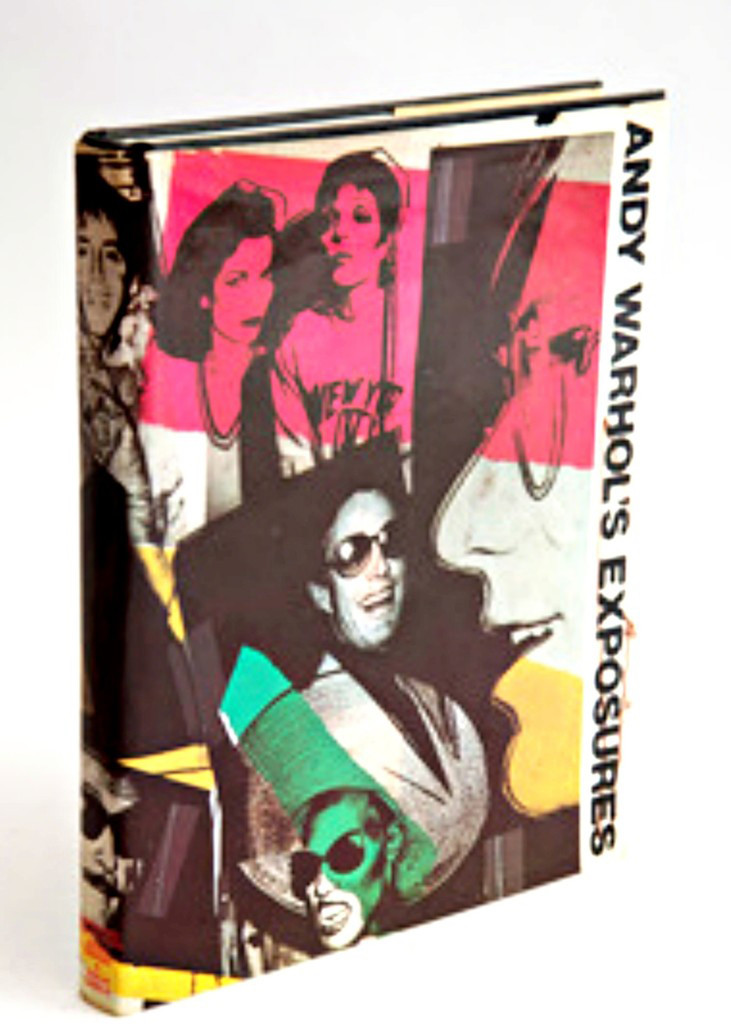 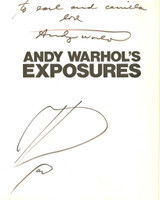 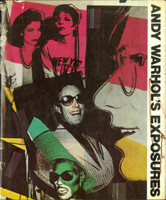 This is a signed drawing of a heart, with a beautiful dedication from Andy Warhol to Earl and Camilla McGrath - art and entertainment impresarios. Warhol writes: "To Earl and Camilla love. Andy Warhol" - on the title page of the hardback monograph "Exposures". The book is also hand signed in marker on the cover - as well! What makes this work even more collectible is that Earl McGrath is even featured in this book -  his photograph is reproduced on page 11 of "Exposures". (!!)

About the recipients Camilla and Earl McGrath:

Camilla McGrath (nee Countess Camilla Pecci-Blunt), wife of art dealer, entertainment executive and impresario Earl McGrath. This work was acquired from the Estate of Earl and Camilla McGrath. (Camilla died in 2007. and Earl died in 2016 at the age of 84.) In remembering Earl McGrath for Vanity Fair magazine, Warhol's editor and confidant Bob Colacello interviewed the many celebrities and artists who adored McGrath: "He was the last of a breed, one of the last great gentlemen and bohemians,” says Harrison Ford.."; He was the funniest man I have ever known,” declares Jerry Hall, whose friendship with McGrath went back to 1975, when she was the girlfriend of Bryan Ferry and he was vice president of Atlantic Records. “He also had a huge heart and was a magnet for us all in New York and Los Angeles.”; “Earl was so brilliantly irreverent,” says Anjelica Huston, who credits McGrath with introducing her to her late husband, the sculptor Robert Graham, who showed at his Los Angeles gallery; “He wasn’t always the jokester,” notes Brice Marden, who frequently dined tête-à-tête with McGrath. “He also had a keen eye and a kind of natural wisdom, albeit with a slightly warped attitude towards things. I just found him a really good person to hang out with. Whenever I had some deep question, I always wanted to consult Earl. It was reassuring to hear what he had to say.”...So who was this Earl McGrath? Unknown to the general public (and liking it that way), he was very well known to the very well known, the ultimate insider equally at home in the upper echelons of music, art, letters, and entertainment. Among the regulars who flocked to the salon-like lunches and dinners he and his wife, Countess Camilla Pecci-Blunt, a descendant of Pope Leo XIII, gave at their apartment across from Carnegie Hall and their house in West Hollywood were Andy Warhol; Mick Jagger; Gore Vidal; Audrey Hepburn; Anita Loos; Cy Twombly; Larry Rivers; Francesco and Alba Clemente; Prince Rupert Loewenstein; Connie Wald; Wendy Stark; Michelle Phillips; Julian Sands; Annie Leibovitz; Jann and Jane Wenner; Sonny and Gita Mehta; Terry Southern; Fernanda Eberstadt; Wes Anderson; Prince Michael of Greece and his wife, Marina Karella (who showed at McGrath’s gallery); Christopher Isherwood; Isabella Rossellini; Bernardo Bertolucci; and Dennis Hopper..."

Condition: The drawing, held on the first front end page inside the bound book, is in excellent condition. the book itself is in vintage condition. The book cover, which was exposed to the elements for half a century, is torn and grubby and has agewear and shelfwear. The second signature on the book cover, is somwhat smudged and ageworn, but is otherwise clearly visible.

The original dedicated Warhol drawing is boldly signed by Warhol - a beautiful, classic example of Warhol's signature. The book is also signed by Andy Warhol on the cover.

Estate of Earl and Camilla McGrath - friends of Warhol. McGrath is even featured in this book - in a photograph on page 11.