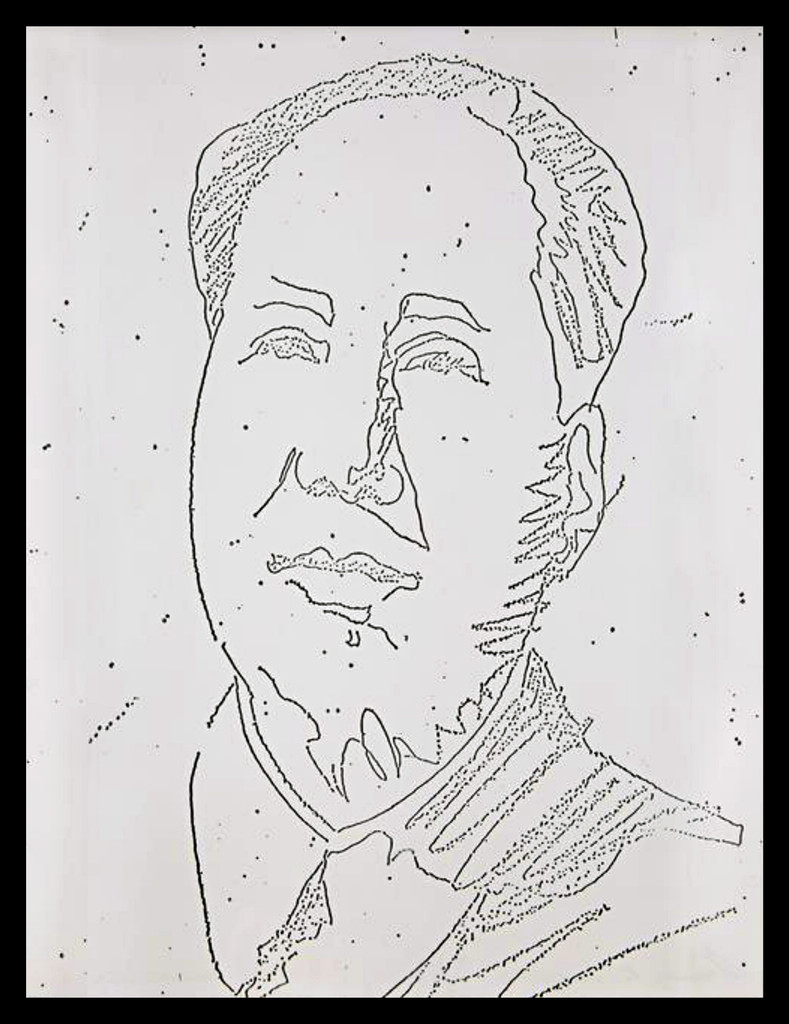 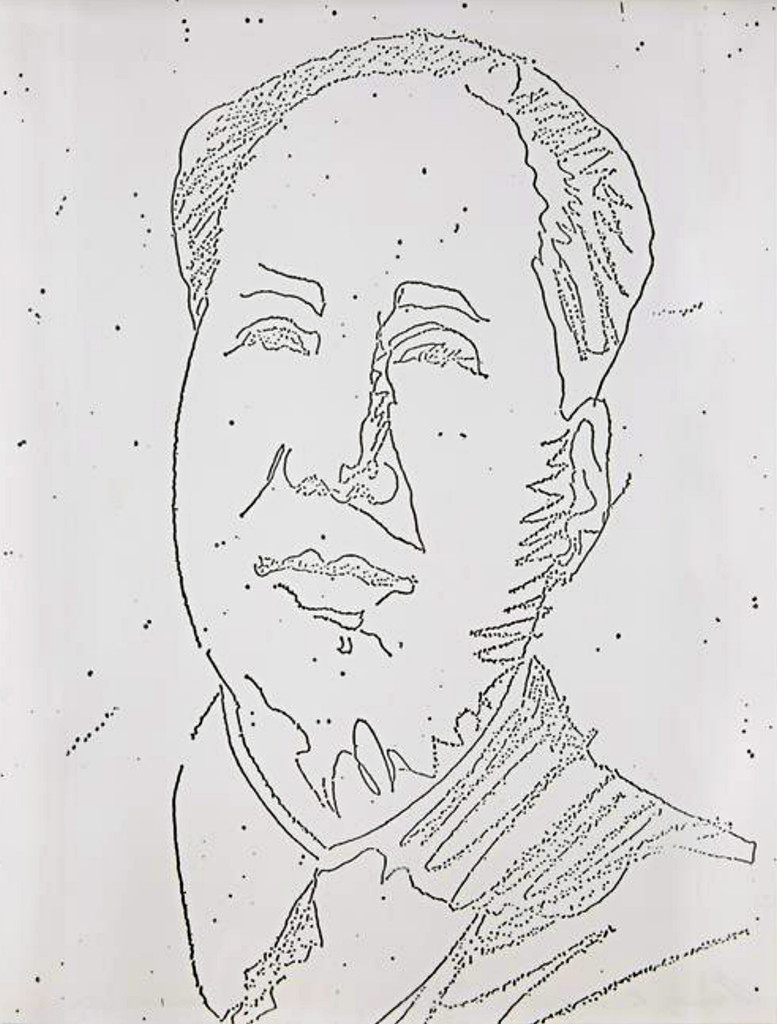 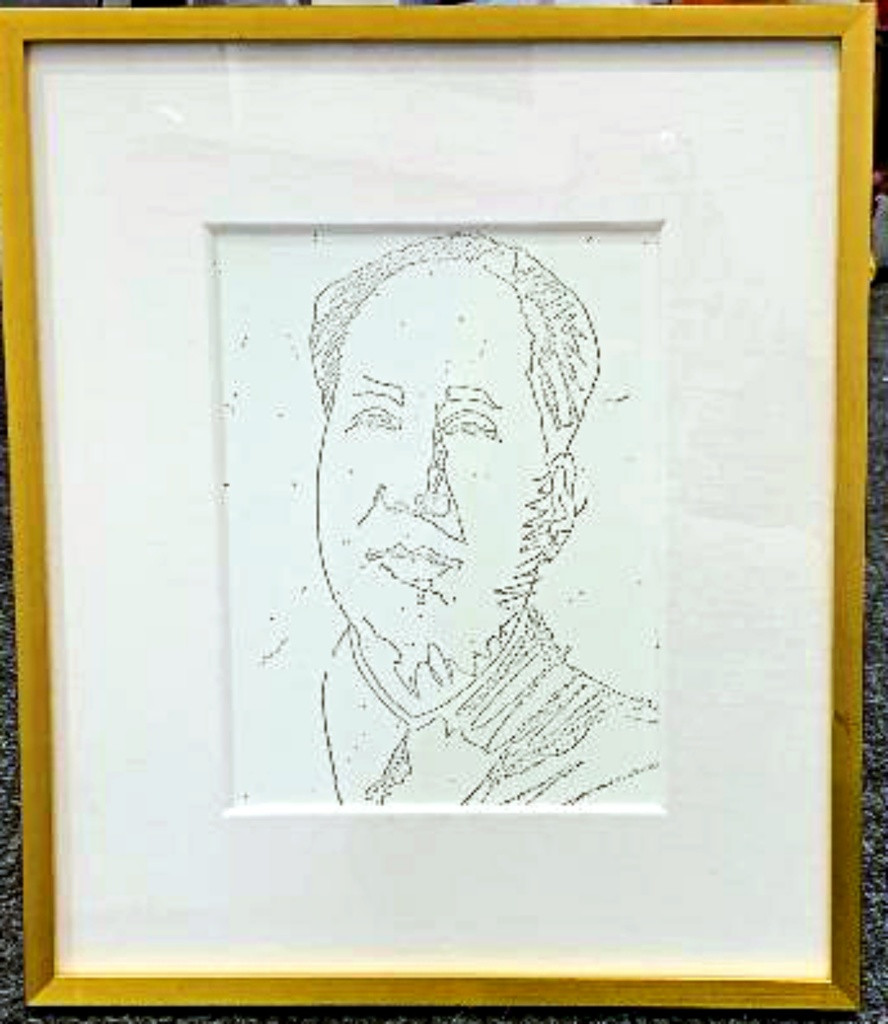 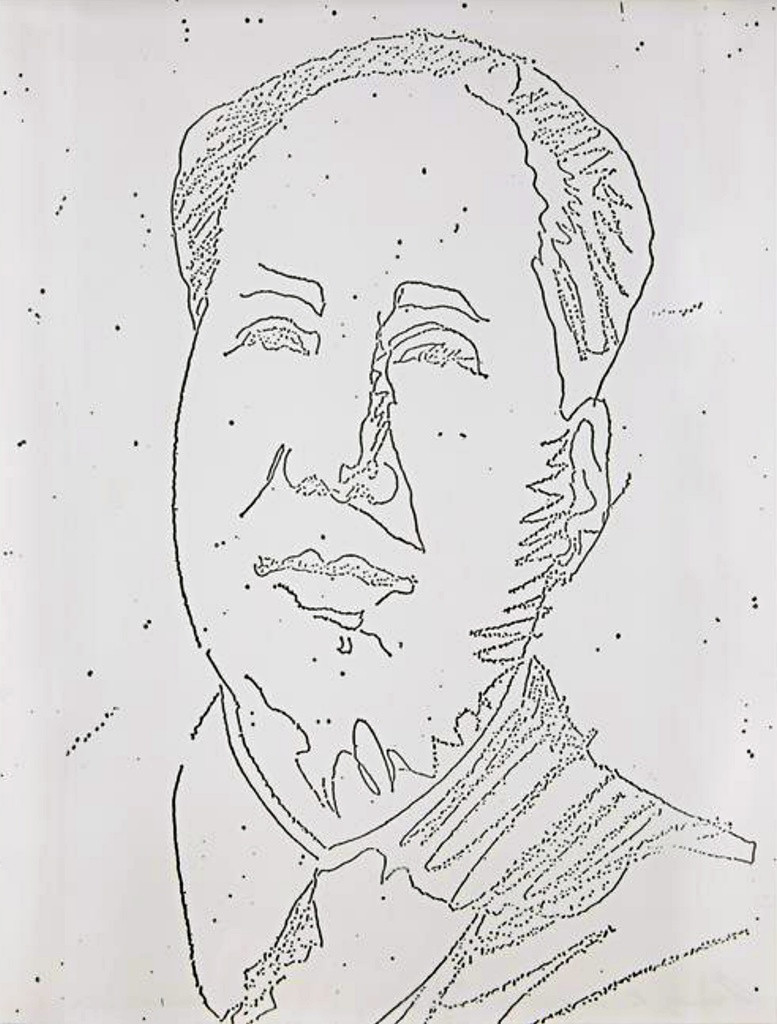 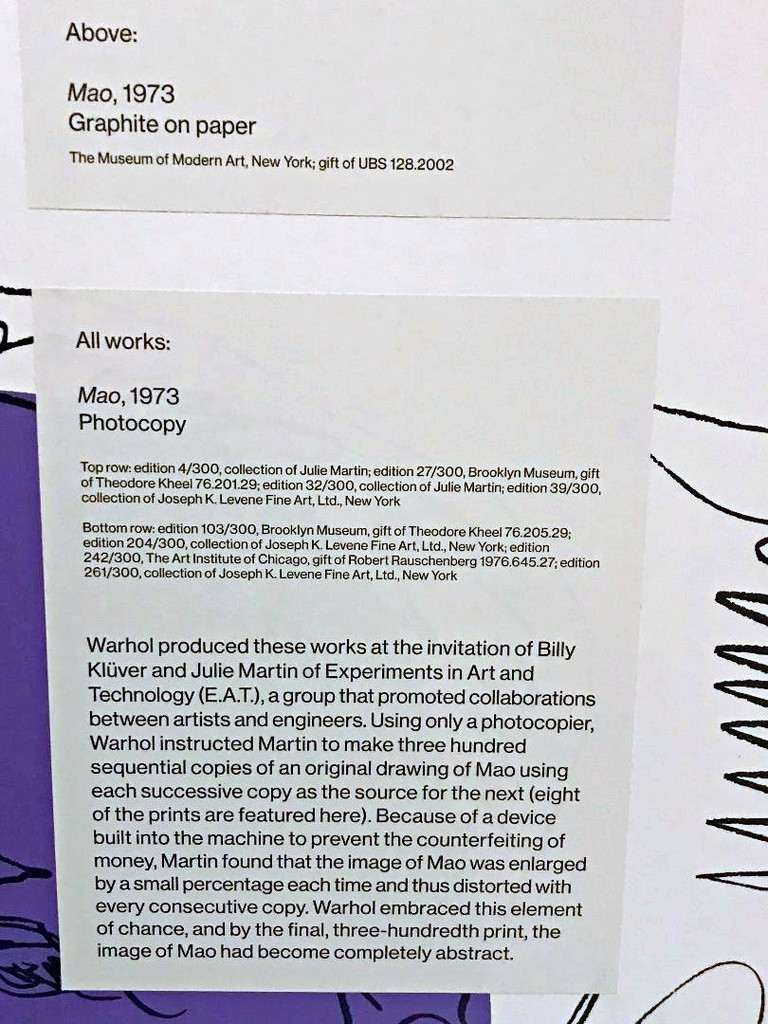 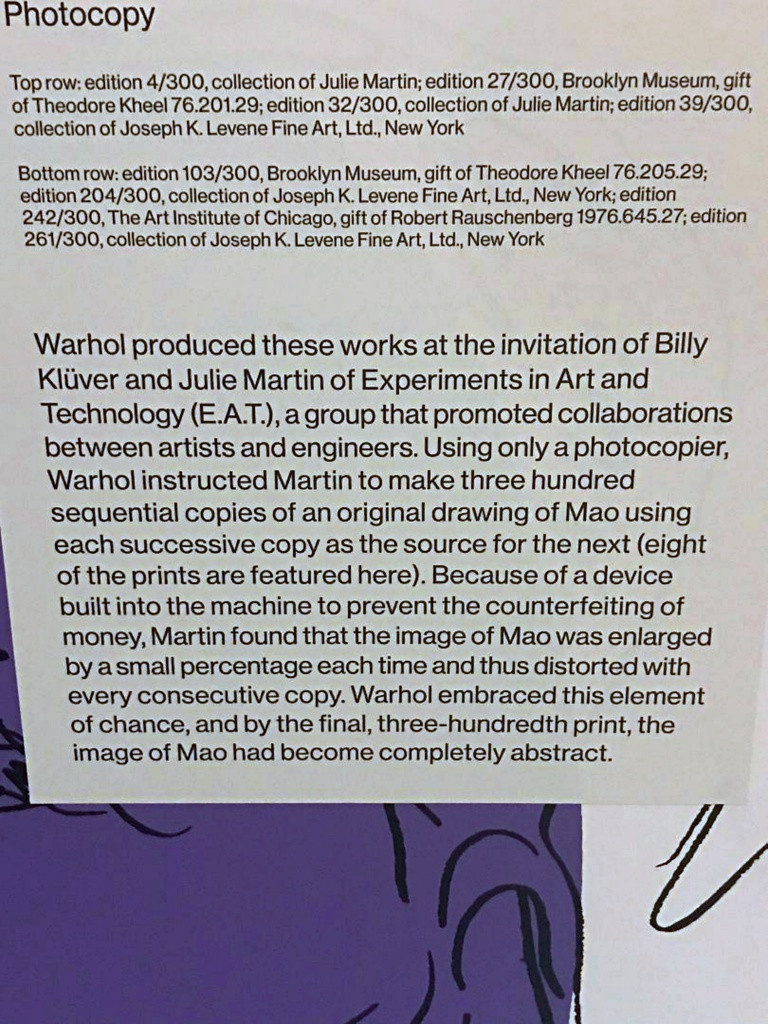 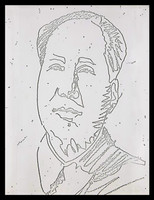 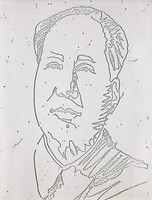 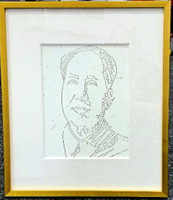 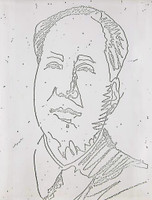 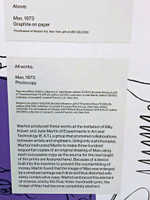 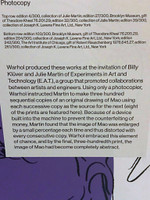 This work is from the legendary New York Collection for Stockholm portfolio. It is hand signed and numbered from the limited edition of 300 - with each one, including the present work, completely unique. What makes this piece one of the most important and valuable of the entire edition is that it features one of the most identifiable and representative images of Mao of the entire edition - as each time the work was printed, the image of Mao became more distorted and abstracted. This is one of the lowest available in the edition of 300; with the progression of each successive work, it becomes more abstracted. Other editions of this work were featured in the most recent Andy Warhol retrospective at the Whitney Museum. (see photographs). That's how extremely rare, unique and desirable this work is! The information plaque on the wall at the Whitney Museum describes the edition as follows:
"Warhol produced these works at the invitation of Billy Kluver and Julie Martin of Experiments of Art & Technology (E.A.T.), a group that promoted collaborations between artists and engineers. Using only a photocopier, Warhol instructed Martin to make three hundred sequential copies of an original drawing of Mao using each successive copy as the course for the next...Because of a device built into the machine to prevent the counterfeiting of money, Martin found that the image of Mao was enlarged by a small percentage each time and thus distorted with every consecutive copy. Warhol embraced this element of chance, and by the final, three hundredth print, the image of Mao had become completely abstract.."
(see photograph of the Wall plaque)
Signed & numbered in ball-point pen verso by Andy Warhol
Stamped in black verso, © Copyright 1973 Andy Warhol
Printed by Julie Martin, New York
published by Experiments in Art and Technology, New York