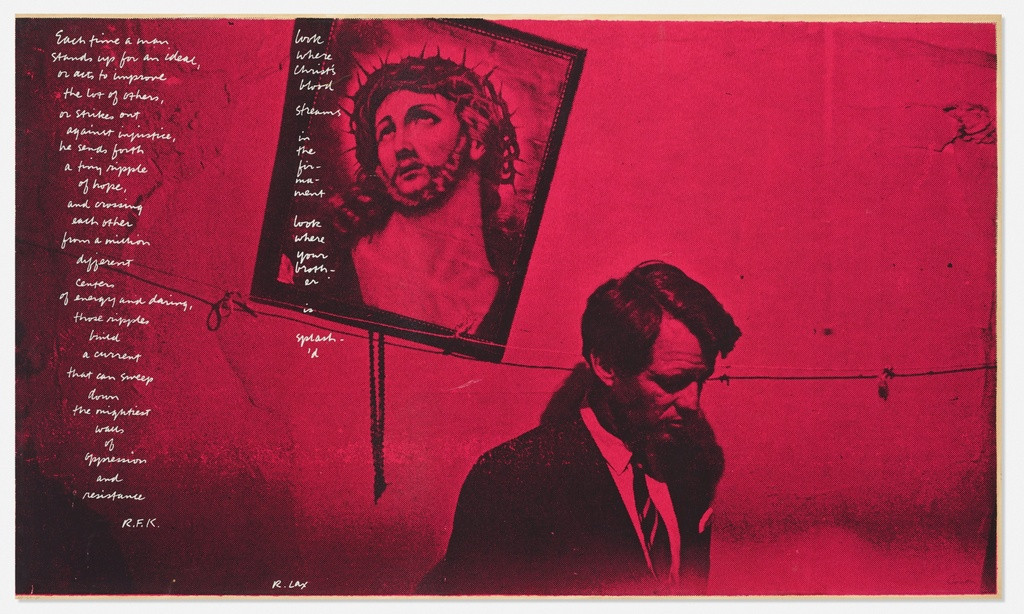 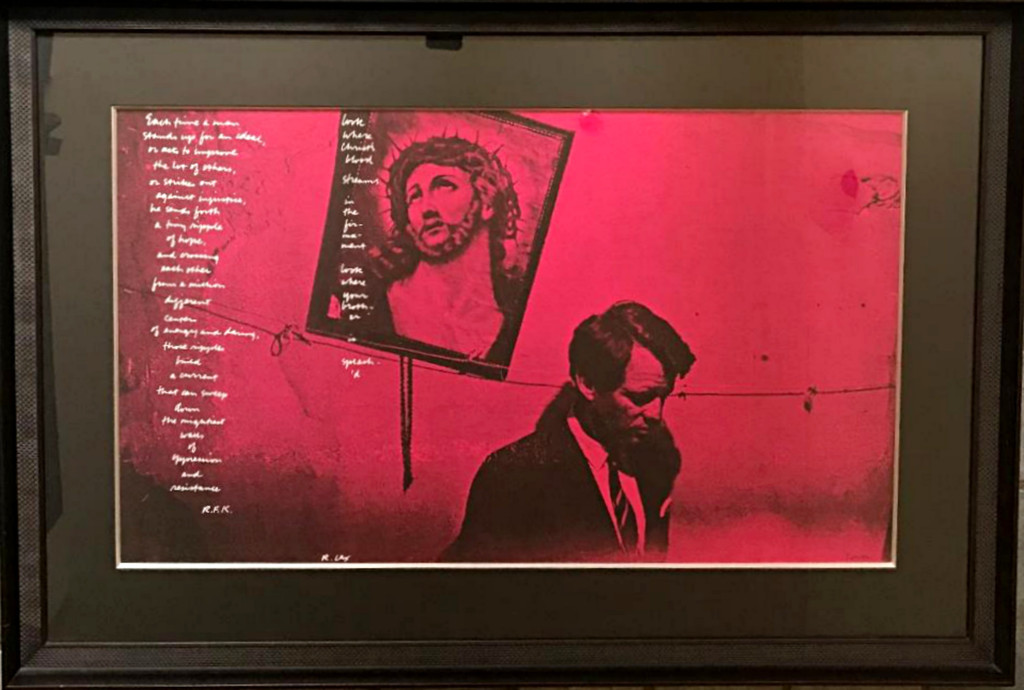 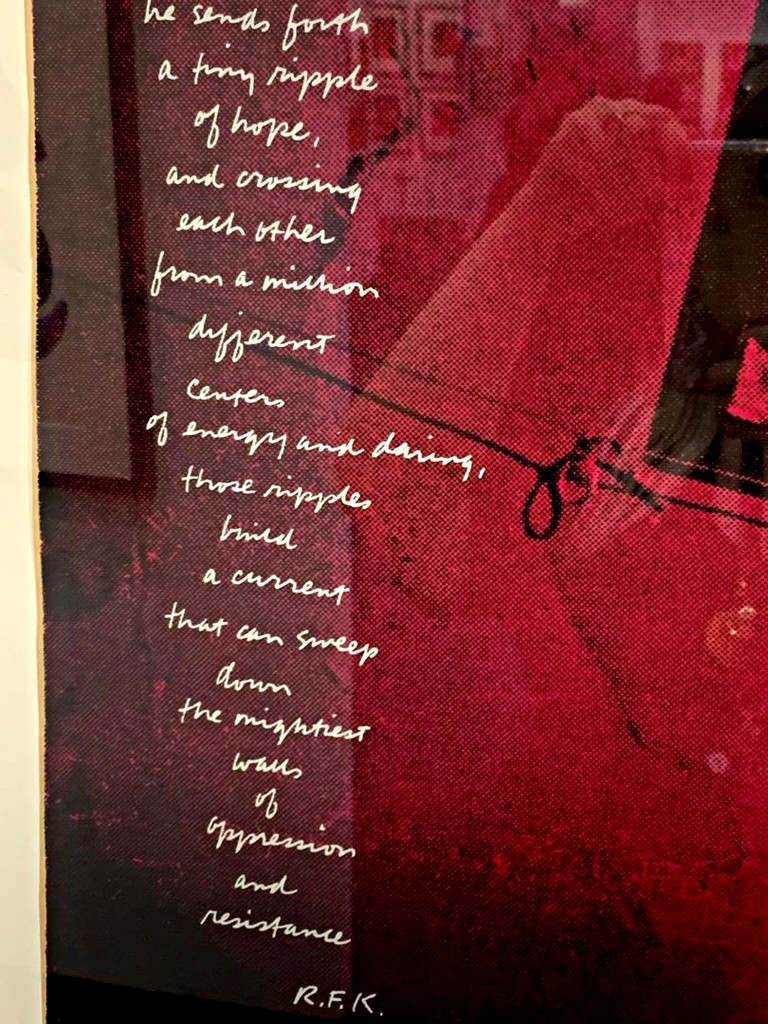 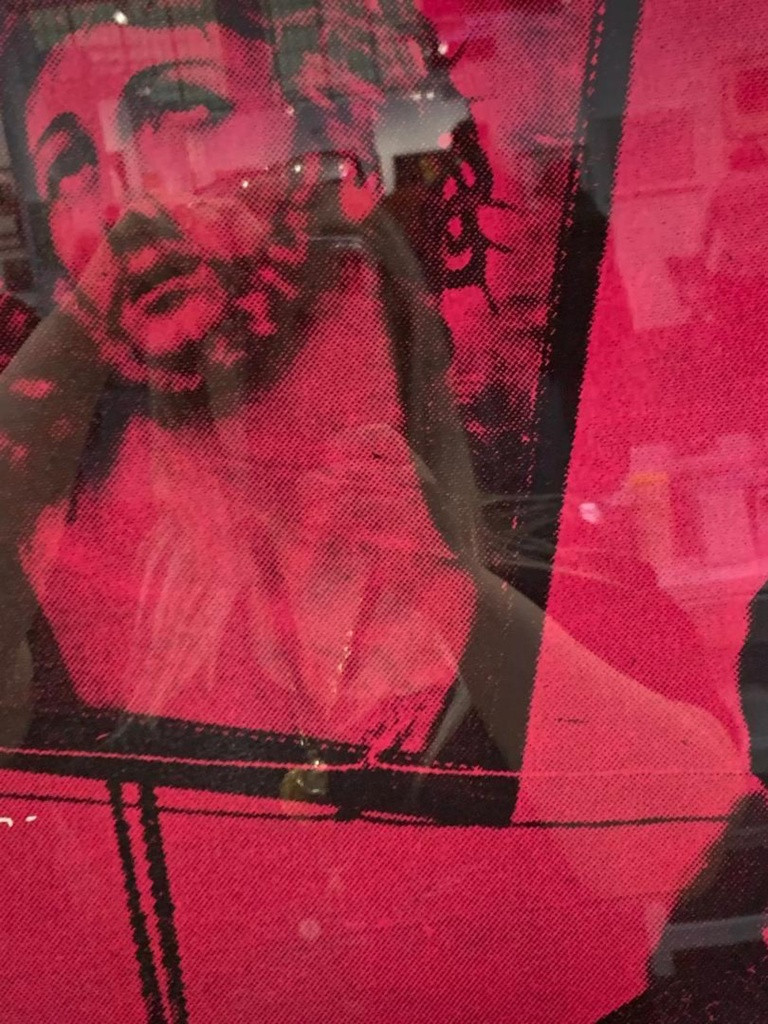 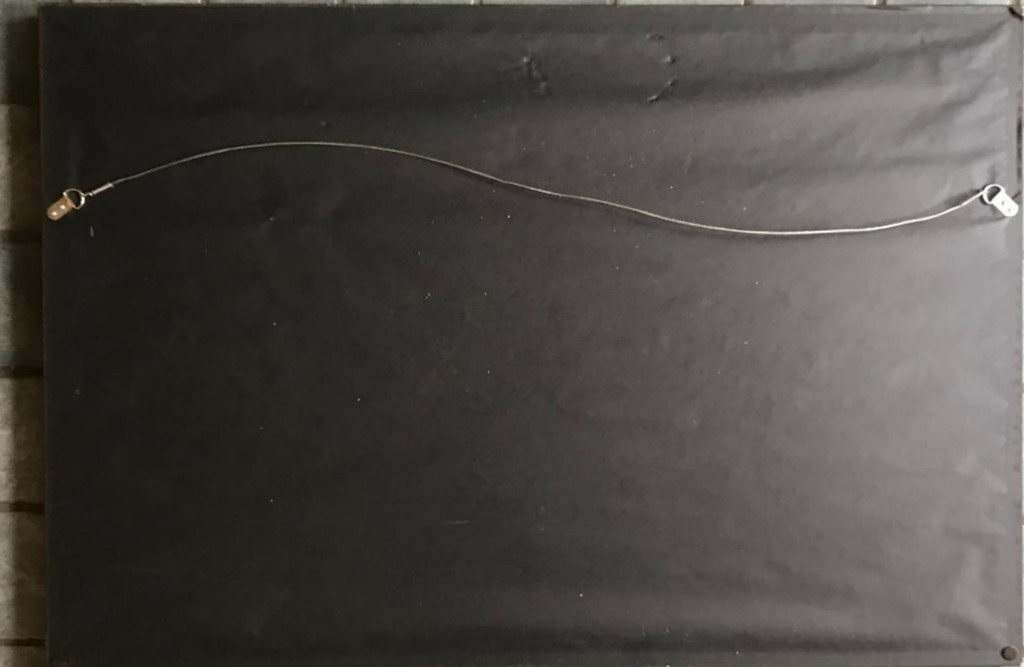 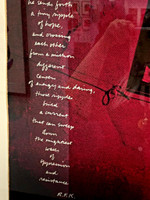 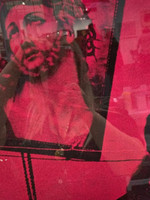 This is one of the most rare and desirable screenprints ever created by renowned 1960s Pop Artist Sister Corita - exquisitely combining her sense of political activism with her religious passion. Pencil signed in a limited edition; the exact edition number is not known though believed to be fewer than 100, as it's rarely seen on the market and most other examples are in major museum and institutional collections. This silkscreen is based upon the iconic photograph by Fred W. McDarrah.
The main text on the image is a quote from Bobby Kennedy's famous 1966 "Ripple of Hope" speech in Capetown, South Africa - which some say was the best speech he ever made. It reads:
.."Each time a man stands up for an ideal, or acts to improve the lot of others, or strikes out against injustice, he sends forth a tiny ripple of hope, and crossing each other from a million different centers of energy and daring, those ripples build a current which can sweep down the mightiest walls of oppression and resistance.' "
Equally intriguing, but less discussed is the quote to the right, "Look where christ's blood streams in the firmament" - a quote from Christopher Marlowe's Dr. Faustus in the final hour of his life. (The monologue continues, "One drop would save my soul, half a drop: Ah, my Christ.’)
Another edition of this print was exhibited in the traveling museum exhibition, "Someday Is Now: The Art of Corita Kent" at the Pasadena Museum of California Art. (2014-2015)
Cat. Raisonne
CAC 68-04
Bibliography: Someday is Now: The Art of Corita Kent, Berry and Duncan, pg. 173
Measurements:
Framed
30 inches x 44 inches
Sheet:
22 inches x 35 inches

HERE is a link to the 2015 exhibition featuring this super scarce print: 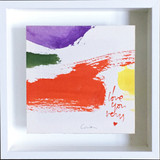 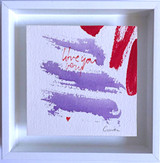 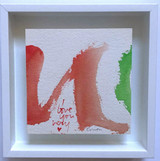 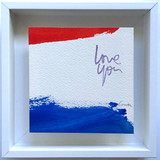