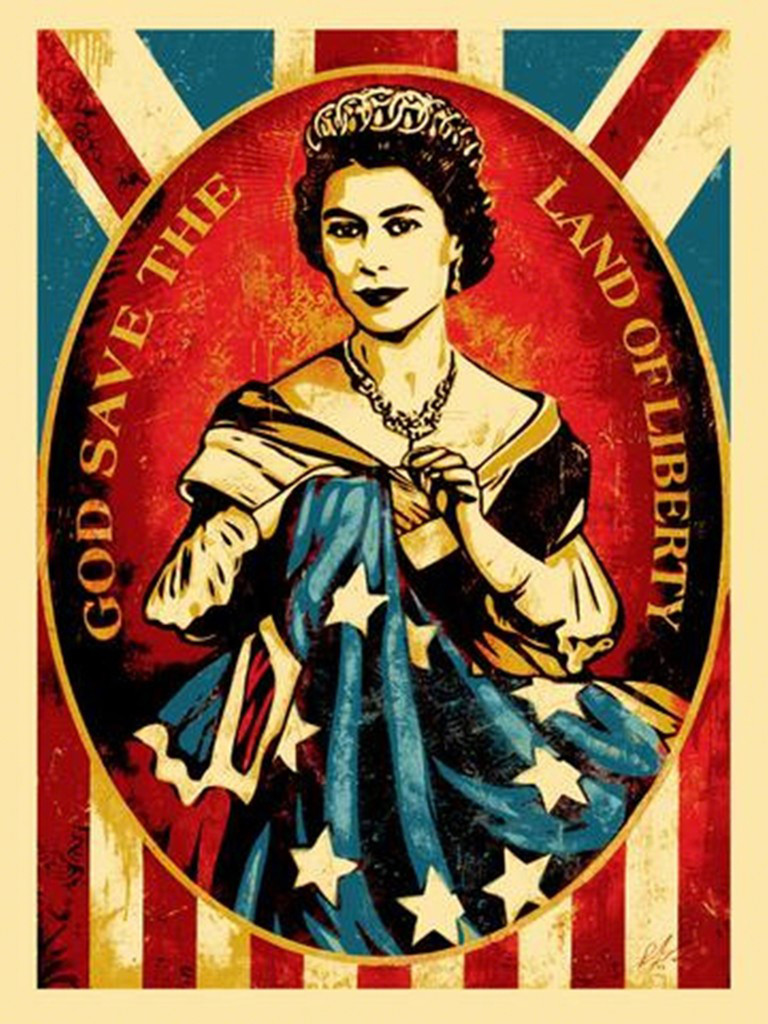 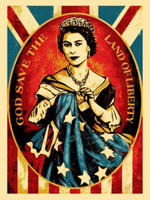 Shepard Fairey, God Save the Queen, 2012

History will remember Queen Elizabeth II with great admiration and reverence - and this pencil signed and numbered screenprint is an all around cool homage to a great lady - with a nod to America as well. Here's the genesis: In 2012, the American Pop artist Neil Young produced an album with the title “Americana”. The album featured new interpretations of classic American folk songs. In Young's "God Save the Queen", he begins a classic rendition of the iconic British national anthem, "God Save the Queen" but then ends the song with "My Country tis of Thee", a patriotic American song (also called "America"), ending with the refrain "Let Freedom Ring." For each song on Young's "Americana" album, including GSTQ, Fairey made a print - which became part of the "Americana" portfolio. The irony is not lost that Shepard Fairey's long sold out gorgeous homage to Queen Elizabeth II is set against the backdrop of the American flag, and was created for the portfolio entitled "Americana". The text on the print is also slyly subversive. The text reads "God Save the..Land of Liberty" - but the picture shows the Queen in the middle. A perfect gift.

Shepard Fairey's long sold out gorgeous homage to Queen Elizabeth II. Although this was published in an edition of 450, it remains quite scarce as 100 of these were included in the "Americana" portfolio and sold as a boxed set.  Excellent condition; unframed.

Boldly signed, dated and numbered on the recto 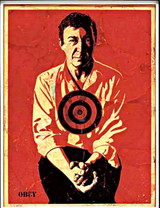 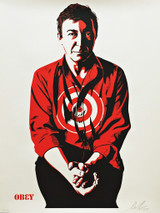 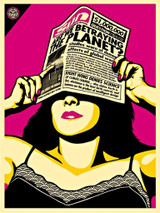 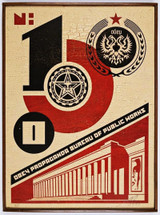 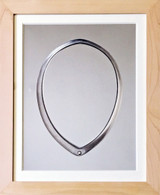