USD
CLICK HERE - THEN SCROLL DOWN TO SUBMIT REQUEST FOR A 10% DISCOUNT CODE ON YOUR NEXT FINE ART PURCHASE. REPEAT CLIENTS ARE WELCOME!
Home / Prints and Multiples / ROBERT INDIANA Peace Plunges in Despair 2004, Silkscreen on wove paper. Signed. Numbered. Unframed. 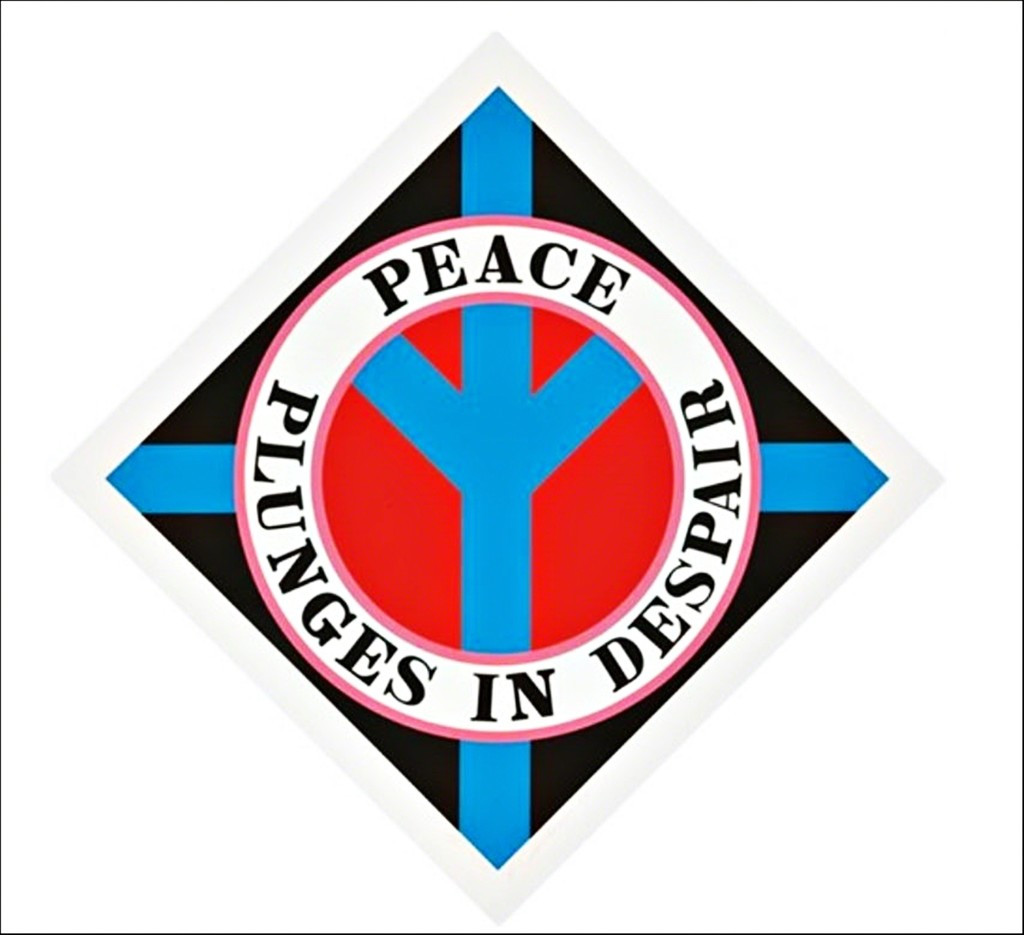 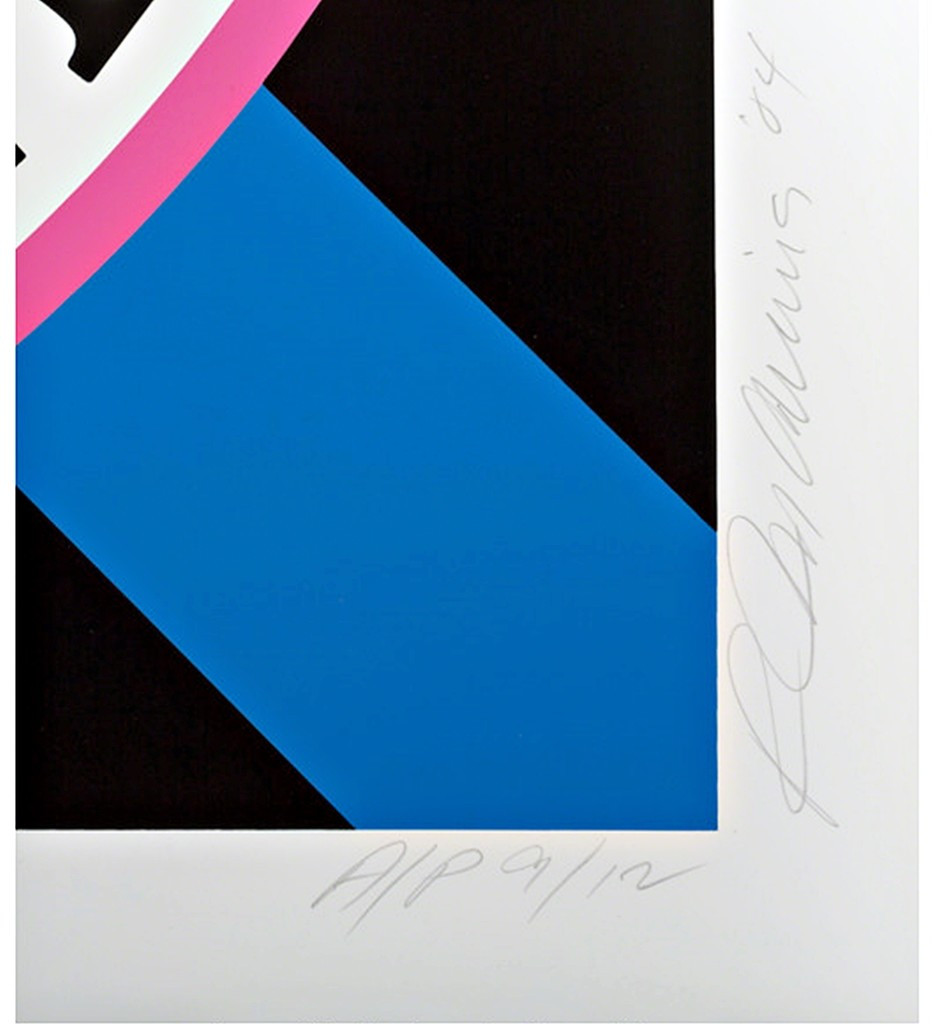 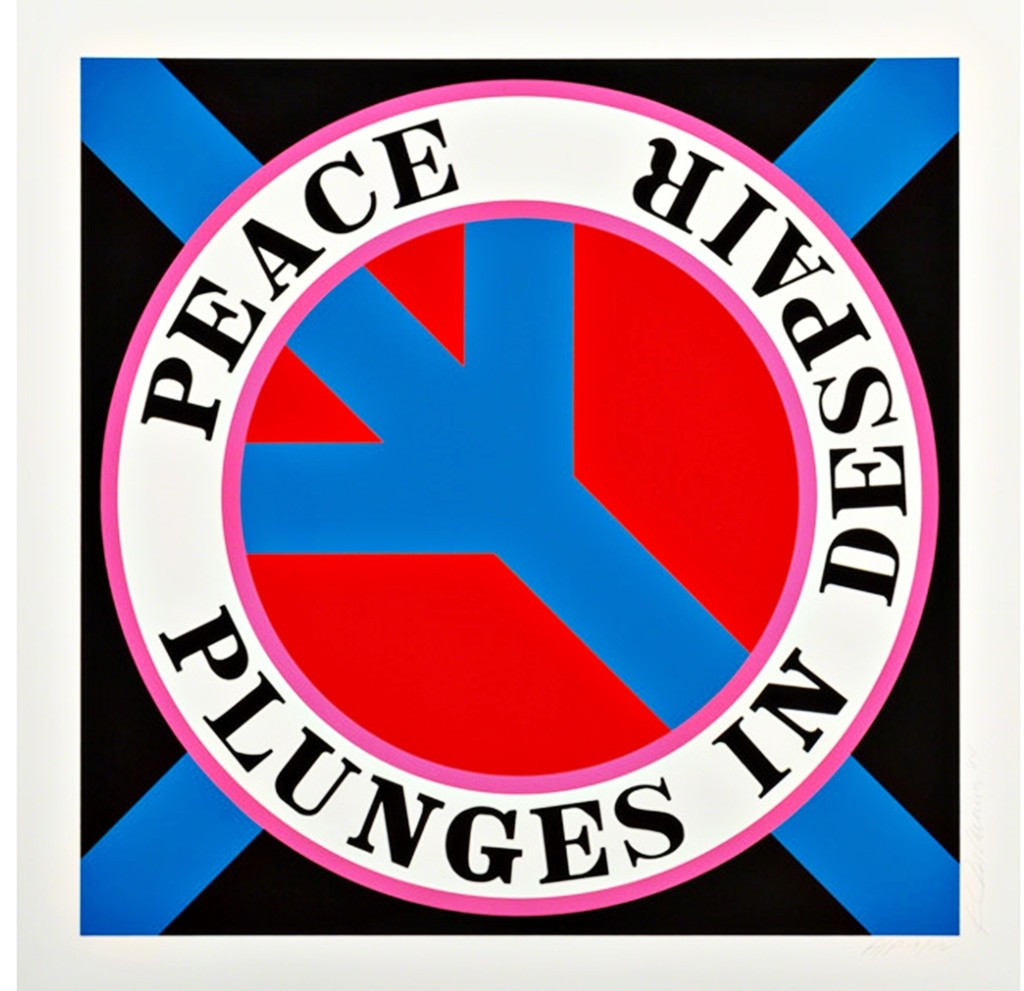 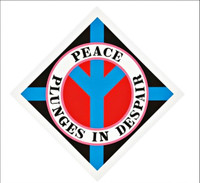 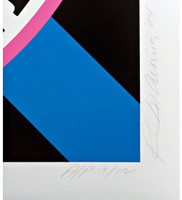 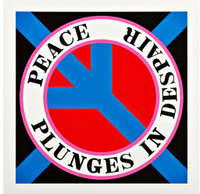 Pencil signed and numbered A.P. 9/12 on the recto (front). This scarce and poignant 2004 silkscreen was based upon the eponymous 2003 Robert Indiana painting exhibited at Kasmin Gallery in New York City.  Here is an excerpt from a May, 2004 review of this show: ..."Mr. Indiana's new paintings address a theme that has been much on people's minds since Sept. 11, 2001: peace, or rather the absence of peace. Each diamond-shaped canvas features a circle, like a life-saver, bearing block-lettered sentences about the loss of peace: ''Peace falls in terror,'' ''Peace dives in oblivion,'' ''Peace plunges in despair.'' Within each circle is the familiar forked peace sign. The paintings also look like traffic signs. The combination of the high-contrast colors, sharp edges and centered, mandalalike compositions packs significant visual punch, while echoes of Mondrian and the hard-edged geometric painting of the 1960's add art historical resonance. The sentiments expressed may seem at first too general to be very affecting, but the way these pictures recall the Vietnam era politically as well as stylistically is evocative. They should be reproduced as posters and disseminated around the nation..."KEN JOHNSON

This silkscreen is beyond scarce and does not seem to have been circulated on the market. In fact, over the past 18 years - only this very one -- an Artist's Proof numbered 9/12 has appeared on the public market, first at Phillipss in 2013 and then at Heritage. Where is the rest of this edition? In any case, we're beyond thrilled to have the only one that we've seen on the market thus far.  Unframed and in excellent condition.

Pencil signed and numbered A.P. 9/12 on the recto 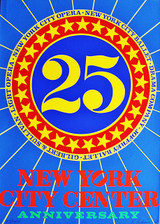 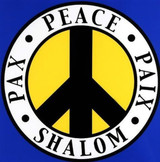 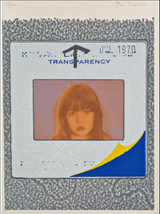 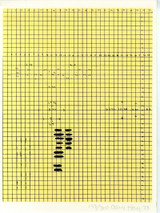 ALEX HAY Untitled, from the Collection of Ileana Sonnabend and the Estate of Nina Castelli 1973, Silkscreen on rag paper. Signed. Numbered. Unframed. 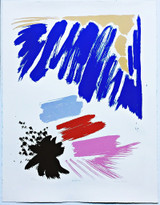