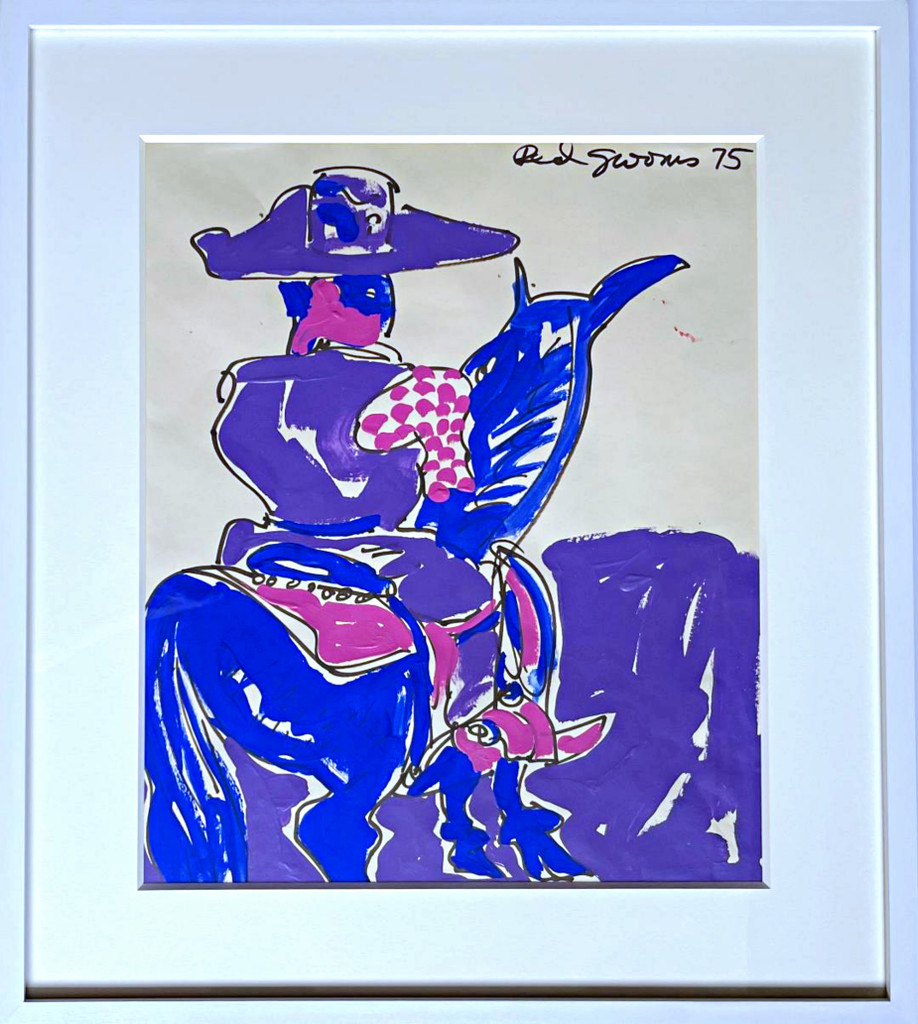 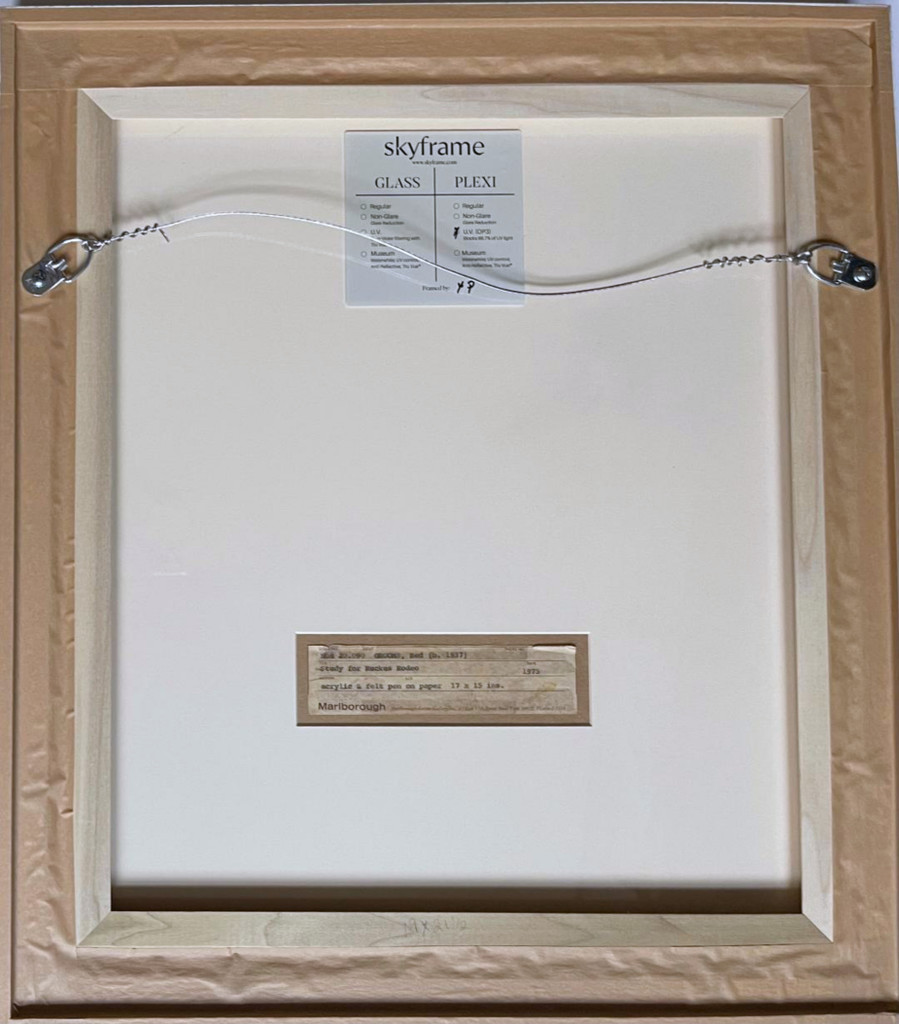 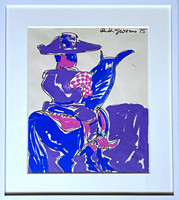 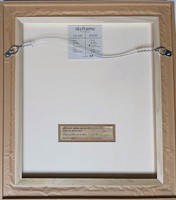 This work on paper, Ruckus Rodeo, is a unique study by Red Grooms for one of the most popular works of art in the Museum of Modern Art, Ft. Worth, Texas's collection. Ruckus Rodeo is an immense, walk-through work of art that covers 1,237 square feet of gallery space. It consists of painted two-dimensional surfaces and sculptural three-dimensional figures that re-create the Fort Worth rodeo. Grooms has referred to this work as a "sculpto-pictorama." Sculpture wire, canvas, burlap, acrylic paint, and a fiberglass compound known as celastic were used to construct the work’s Texas-sized, larger-than-life, three-dimensional caricatures of rodeo archetypes, which include the rodeo queen and her steed, a bucking bronc, playful rodeo clowns, and a giant yellow bull named Butter.
Ruckus Rodeo was commissioned for the Museum's 1976 exhibition The Great American Rodeo. Grooms was one of eleven artists invited to create a work for this show. In preparation, he attended every rodeo performance during Fort Worth's 1975 Stock Show and made many sketches. From these studies, Grooms drew a panoramic rodeo scene spanning more than seven feet, which served as the basis for Ruckus Rodeo's design. Grooms returned to his studio in New York to fabricate the work's major figures. In 1976, he returned to Fort Worth with the talented fifteen-member group of painters, sculptors, engineers, and carpenters known as the "Ruckus Construction Co.," who helped in the final assembly of Grooms's robust tableau.
Associate Curator Andrea Karnes commented, "Ruckus Rodeo portrays the chaos, entertainment, and danger of the Fort Worth rodeo. Grooms's engaging work is characterized by a grand sense of spectacle, encompassing the ritual, pageantry, and disorderly commotion of a real rodeo event. The artist's interest in naive and primitive objects, such as folk art puppets and toys, is easily seen in this work. His rich, arbitrary use of bold and unmodulated colors combined with angular contours creates a loud, brash ambience. Despite the work's cartoonish flair, it is clearly inflected with an urban sensibility. The characters' outfits, for example, are more like the vibrant apparel of the urban cowboy than the typical dusty clothing of a working cowboy. Grooms has managed to balance naivete and sophistication, parody and reality. Ruckus Rodeo celebrates the grand heritage of Fort Worth and the mythology of the American West, and continues to be one of the most beloved works in the Modern's collection." 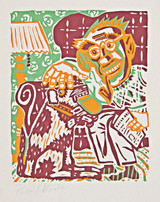 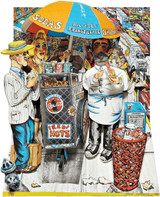 RED GROOMS Hot Dog Vendor 1994, 3-dimensional lithograph and linocut in colors with aluminum foil Chine collé, cut out, on Rives BFK paper, glued and mounted in a Plexiglas case, signed, dated `94' from the edition of 75.