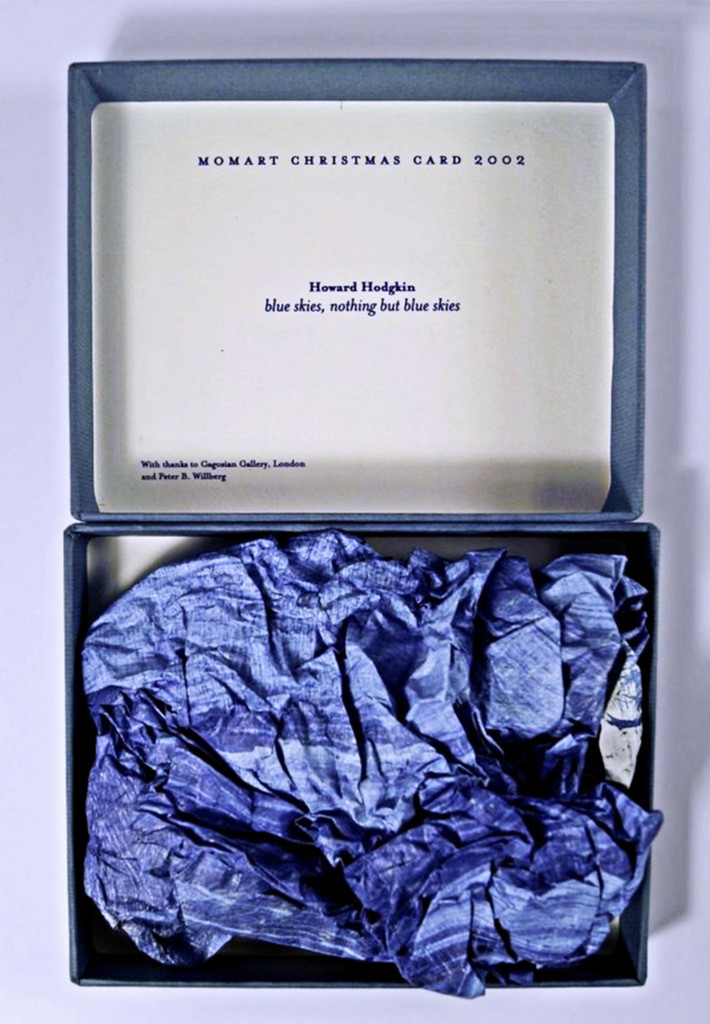 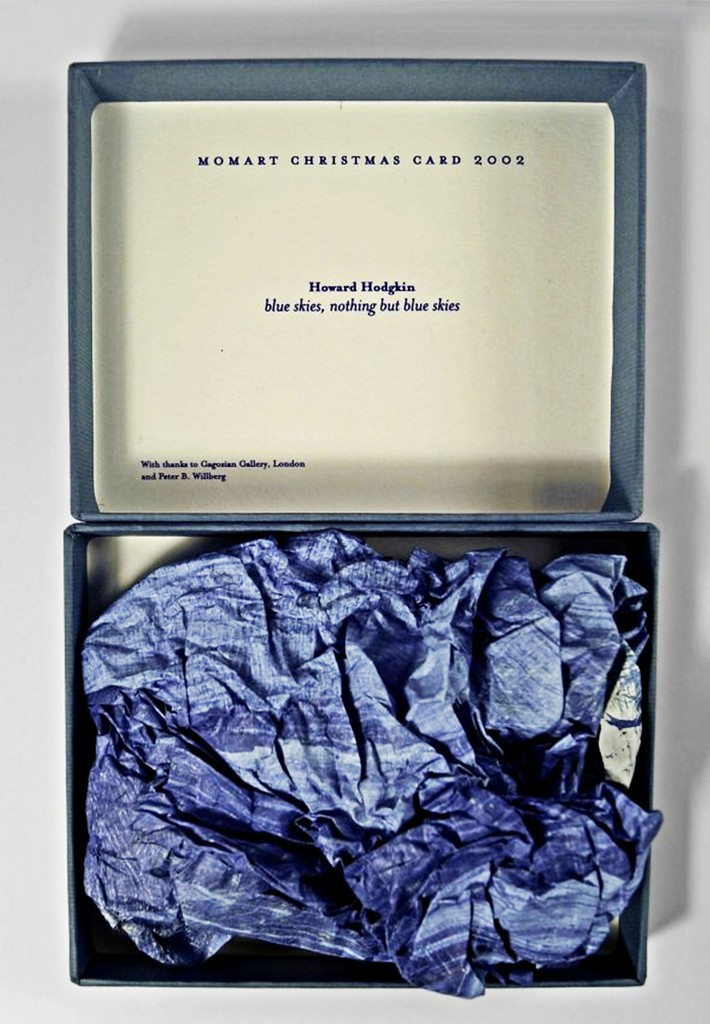 Screenprint in Colors, Scrunched Up and Presented in a Box
5 3/25 × 6 3/10 in x 2 inches
Limited Edition of 500 (unnumbered)
Momart is a British company specialising in the storage, transportation, and installation of works of art. Today, the company is best known for two things: its annual artist Christmas Card, and a 2004 warehouse fire that destroyed irreplaceable art works including Tracey Emin's famous "Everyone I Have Ever Slept With. Momart's clients include the Royal Academy of Arts, Victoria & Albert Museum, National Gallery, Tate Modern, Tate Britain and Buckingham Palace. The tradition of the MOMART "Christmas card" (which would later morph into actual artist-designed work) goes back to 1984 when the first object – a festive card – was designed for the company by Bruce McLean. Since then Momart collaborated on this project with many of the top British and international artists. The complete series of Momart Christmas cards is now part of the permanent collections of the Victoria and Albert Museum and the Tate. The present item is the vintage 2002 MOMART Christmas card, designed by Howard Hodgkin. It is a rich blue screenprint, scrunched up in a box - with the printed text MOMART CHRISTMAS CARD 2002 inside the box, the artist's name and work title, "Blue Skies, Nothing But Blue Skies" and a credit at the bottom "With thanks to Gagosian Gallery London and Peter B. Willberg." And that's the MOMART "gift". Very cool and collectible! Unnumbered, but known to have been issued in an edition of 500
In good vintage condition 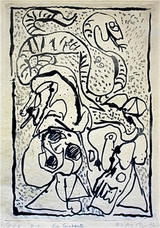 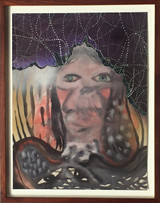 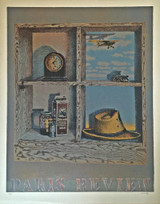 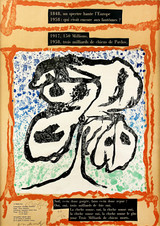 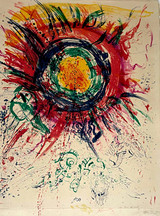