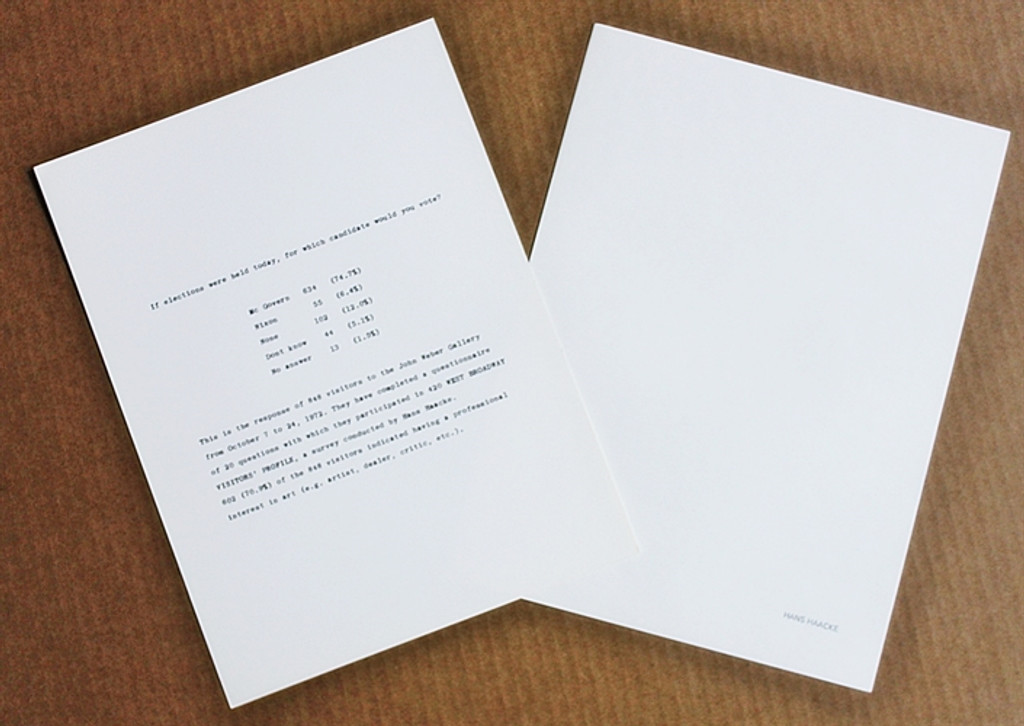 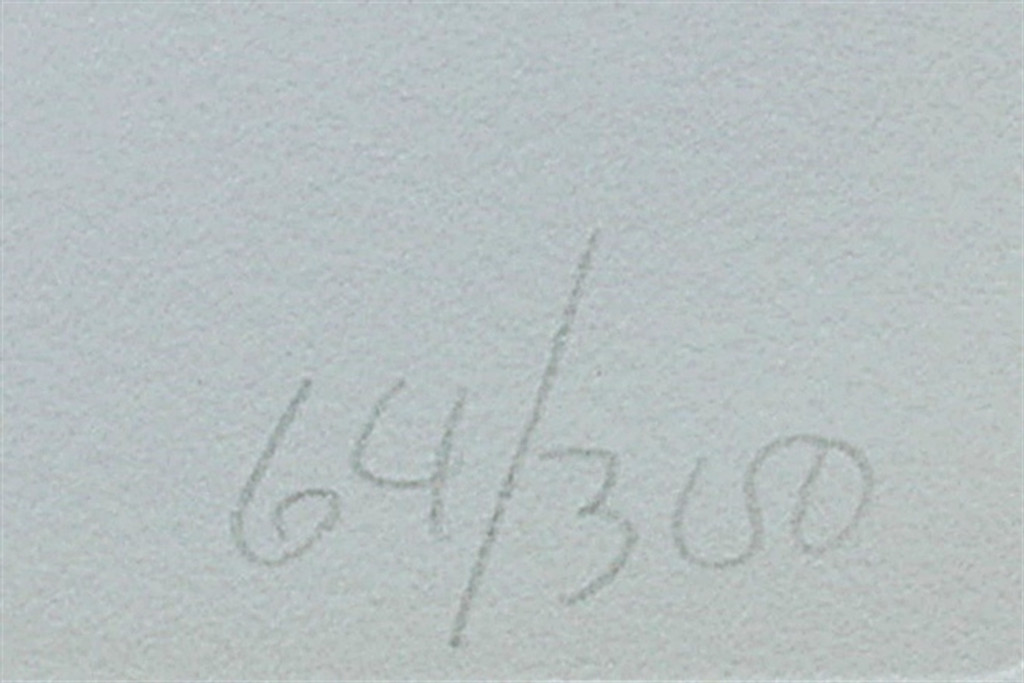 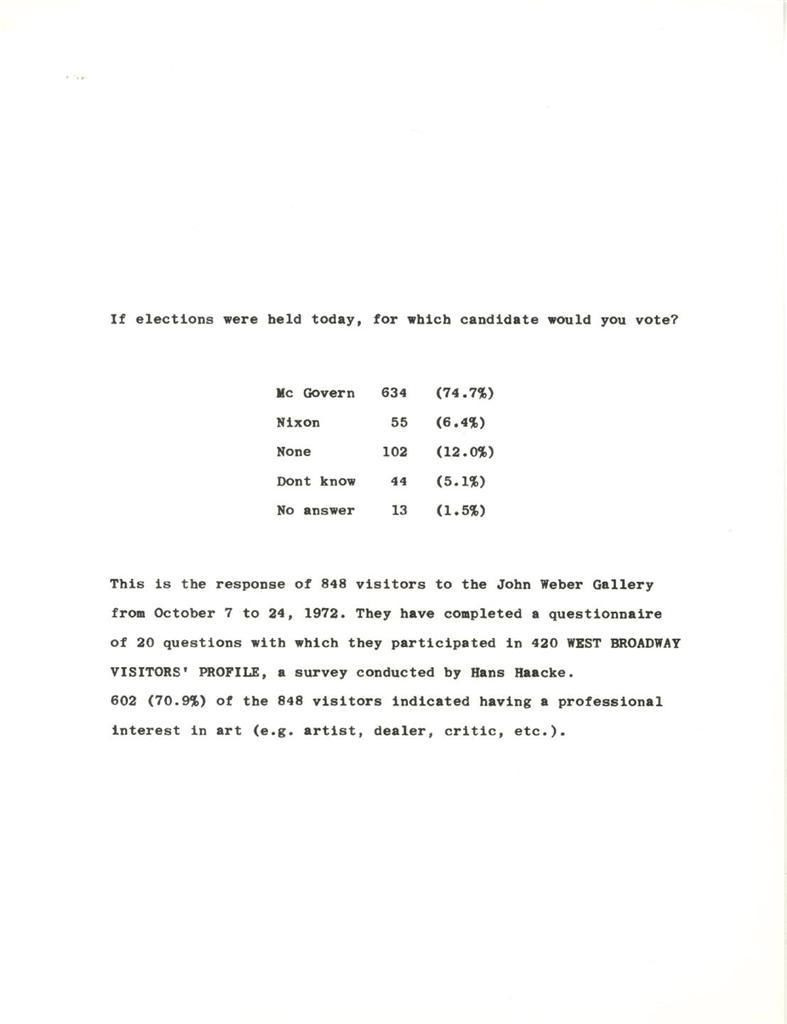 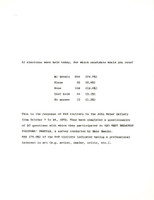 Screenprint in portfolio sleeve of Crane's bond paper No.

Stamped; With text verso "Copyright 1973 by Hans Haacke, Printed at Styria Studio" and numbered in pencil; with artist's name printed on folder

Experiments in Art and Technology, publisher

This is Hans Haacke's conceptual art piece from the legendary New York Collection for Stockholm Portfolio, issued in 1973 to commemorate the collection of paintings and sculpture by top New York artists of the 1960s, assembled by Hulten and Kluver for the Moderna Museet Museum in Stockholm, Sweden.

In 2014, Hans Haacke had his first solo show in six years at the Paula Cooper Gallery, and was featured in Artnet News as one of the 50 most influential artists, with major museums worldwide acquiring his works. However, a New York Times profile on the artist recounts how he wasn't always the darling of the establishment - especially in the early 1970s, when the screenprint offered here was created: "Mr. Haacke...has lived in New York for almost five decades, made his name in 1971, perhaps appropriately, with an exhibition that never opened and became, as a result, a legend. That year, the Guggenheim canceled a show after learning that one of Mr. Haacke’s works would be a photographic exposé of New York City slumlords. Thomas Messer, the museum’s director, criticized the work as pursuing “aims that lie beyond art” and went so far as to describe it as “an alien substance that had entered the art museum organism...Mr. Haacke now finds himself in the unusual position of being embraced by at least one system — museums — that long treated him as a pariah."

In this deceptively simple but effective work, Haacke has used a straightforward poll to make explicit the liberal bias in the 1970s of most people who work in the arts and many who patronize art galleries - though likely the stats will be different today.

This original work of art rarely seen at public auction because so many of the individual artists' prints from the portfolio, as well as the complete portfolios, are in major museum and public collections around the world such as the MoMA, Brooklyn Museum, Smithsonian Museum, Moderna Museet, and Walker Art Center, to name only a few.

It is also especially rare to find this print in the original portfolio sleeve, with the E.A.T. colophon page as this is because they are almost always separated. (E.A.T. is "Experiments in Art and Technology," founded by Robert Rauschenberg). 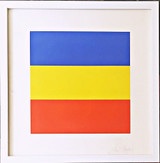 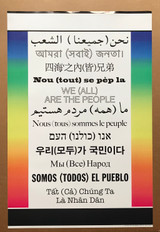 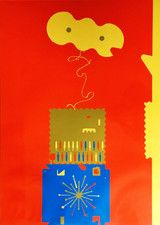