Home / Prints and Multiples / Shusaku Arakawa, Untitled 3 from "No!" Says the Signified, 1973 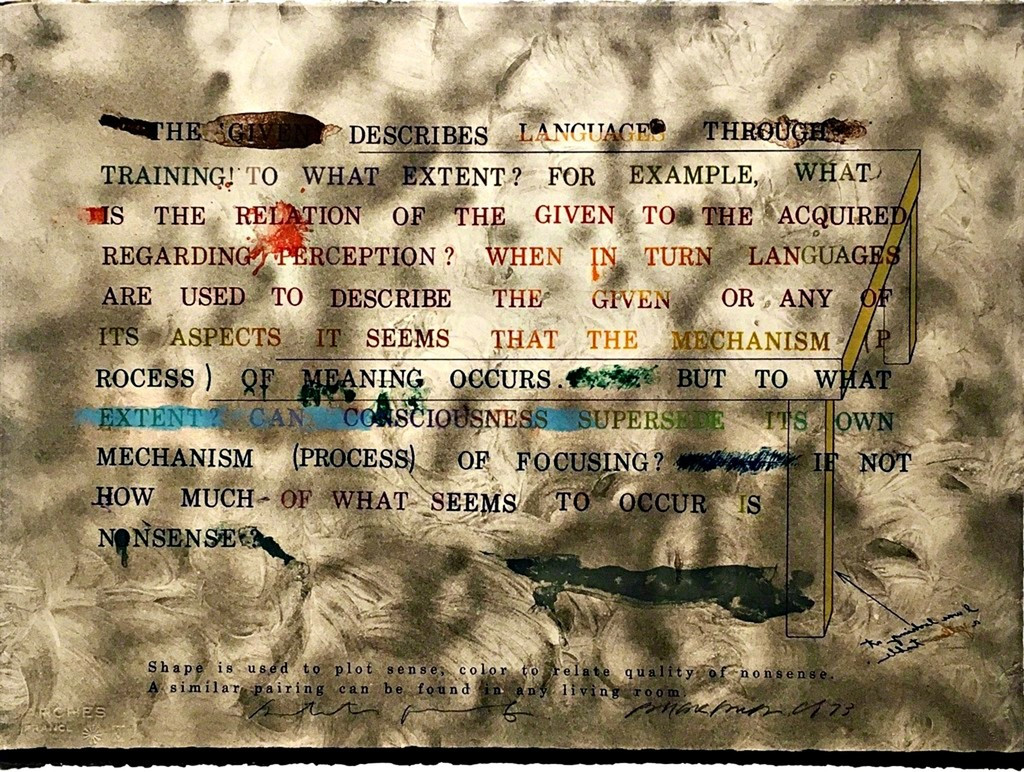 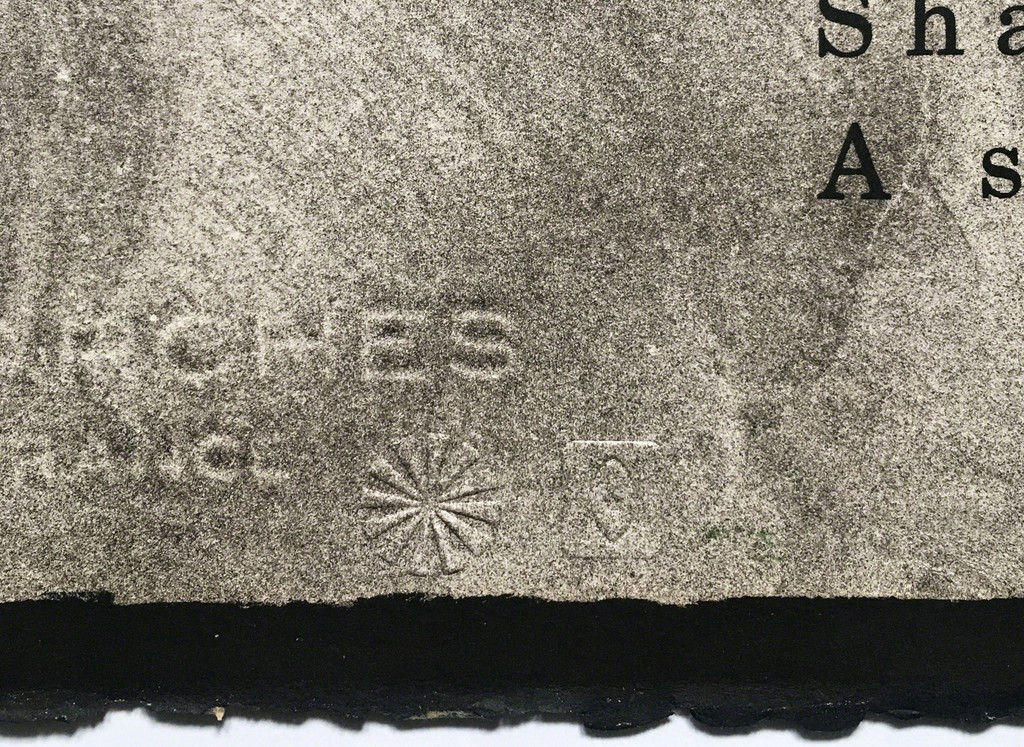 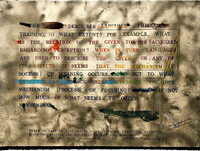 This beautiful and extremely rare Arakawa silkscreen and lithograph on Arches paper is a signed and inscribed Artists Proof aside from the regular edition of 40. It features stenciled and handwritten words, erasures and other marks to question the ways we perceive and the ways we make meaning. It was created as part of a six part series Arakawa did titled "NO! SAYS THE SIGNIFIED", published by the GraphicStudio at the University of South Florida, Tampa and printed by Multiples. Inc. This work is part of an important series that was the subject of a major lecture and exhibition at the Portland Art Museum in Maine. It is classic Arakawa - an important example of his way of displacing sometimes cryptic words onto images as a form of artistic philosophy and performance.The work bears both the printer and publisher's blind stamps on the lower left recto (front) and a copyright stamp on the lower right recto (front). Hand signed, dated and inscribed by the artist.
The text on the print reads as follows:
"The given describes language through training! To what extent? For example, what is the relation of the given to the acquired regarding perception? When in turn languages are used to describe the given or any of its aspects it seems that the mechanism process of meaning occurs. But to what extent? Can consciousness supersede its own mechanism (process) of focusing? If not how much of what seems to occur is nonsense?
Shape is used to plot sense, color to relate to quality of nonsense. A similar pairing can be found in any living room. "

Shusaku Arakawa (荒川 修作 Arakawa Shūsaku, July 6, 1936 – May 18, 2010) who spoke of himself as an “eternal outsider” and “abstractionist of the distant future,” first studied mathematics and medicine at the University of Tokyo, and art at the Musashino Art University. He was a member of Tokyo’s Neo-Dadaism Organizers, a precursor to The Neo-Dada movement. Arakawa’s early works were first displayed in the infamous Yomiuri Independent Exhibition, a watershed event for postwar Japanese avant-garde art. Arakawa arrived in New York in 1961 with fourteen dollars in his pocket and a telephone number for Marcel Duchamp, whom he phoned from the airport and over time formed a close friendship. He started using diagrams within his paintings as philosophical propositions. Jean-Francois Lyotard has said of Arakawa’s work that it “makes us think through the eyes,” and Hans-Georg Gadamer has described it as transforming “the usual constancies of orientation into a strange, enticing game—a game of continually thinking out.” Quoting Paul Celan, Gadamer also wrote of the work: "There are songs to sing beyond the human." Arthur Danto has found Arakawa to be “the most philosophical of contemporary artists." For his part, Arakawa has declared: “Painting is only an exercise, never more than that.” Arakawa and Madeline Gins are co-founders of the Reversible Destiny Foundation, an organization dedicated to the use of architecture to extend the human lifespan. They have co-authored books, including Reversible Destiny, which is the catalogue of their Guggenheim exhibition, Architectural Body (University of Alabama Press, 2002) and Making Dying Illegal (New York: Roof Books, 2006).
Although this mixed media multiple was published in a stated edition of 40, Arakawa's works don't often appear stateside. 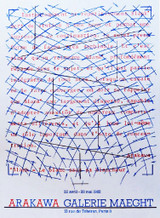 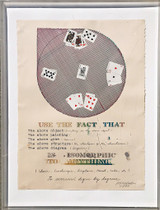 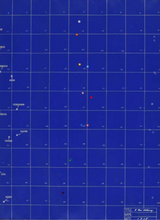