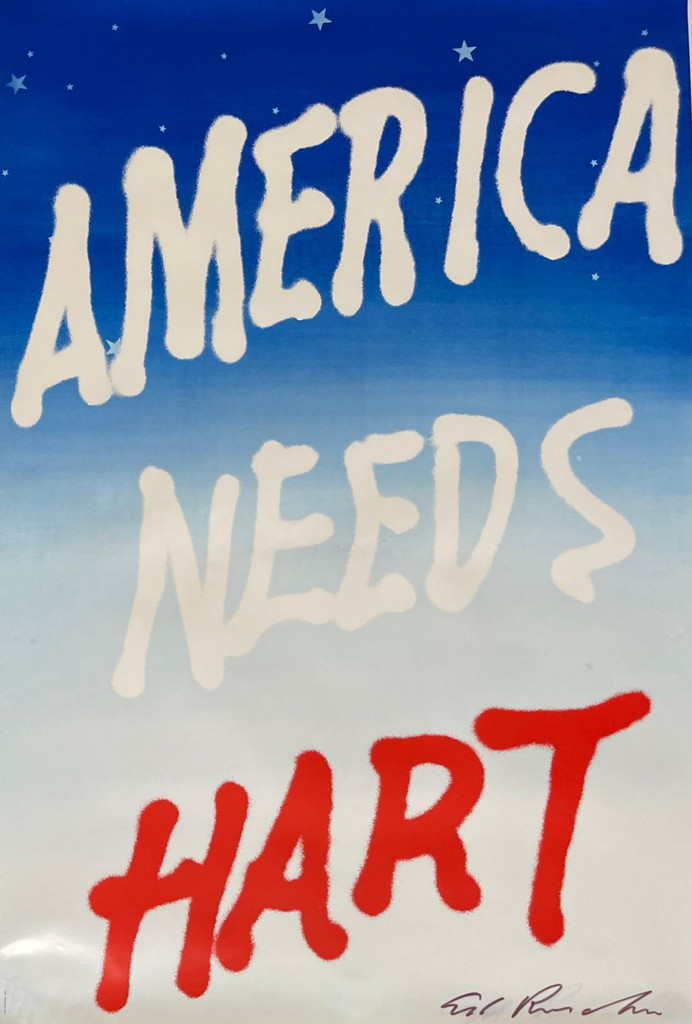 Offset lithograph. Hand signed in marker by Ed Ruscha
36 × 24 inches
Unframed
Long before a sex scandal involving a soap opera actress named Donna Rice would derail his political career - in 1983 Gary Hart was a dashingly handsome, idealistic Democratic Senator from Colorado who captured the imagination of many liberals, including artists like Ed Ruscha who designed this campaign poster "America Needs Hart" in support of Hart's Quixotic run against Walter Mondale in the 1983 Democratic primaries. By late 1983, Hart had risen moderately in the polls to the middle of the field. Mondale won the Iowa caucus in late January, but Hart polled a respectable 16 percent. Two weeks later, in the New Hampshire primary, Hart shocked much of the party establishment and the media by defeating Mondale by 10 percentage points. Hart instantly became the main challenger to Mondale for the nomination - but, alas - that was not to be. (But it was in fact Hart's second run, involving the above mentioned sordid sex scandal, that would ruin his presidential chances forever.) What remains of Gary Hart's near-forgotten candidacy is this idealistic campaign poster - and what makes it a true collectors item is that it is boldly signed in black marker by Ed Ruscha. A piece of American political and art history -- from the 1980s. Ed Ruscha was believed to have signed a small number for the campaign as a fundraising tool for VIPs and major donors. Not too many of these remain. Unnumbered from a VIP hand signed edition. Acquired directly from the campaign. Authenticity guaranteed 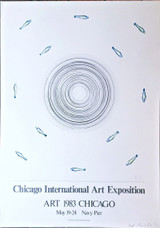 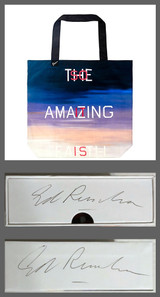