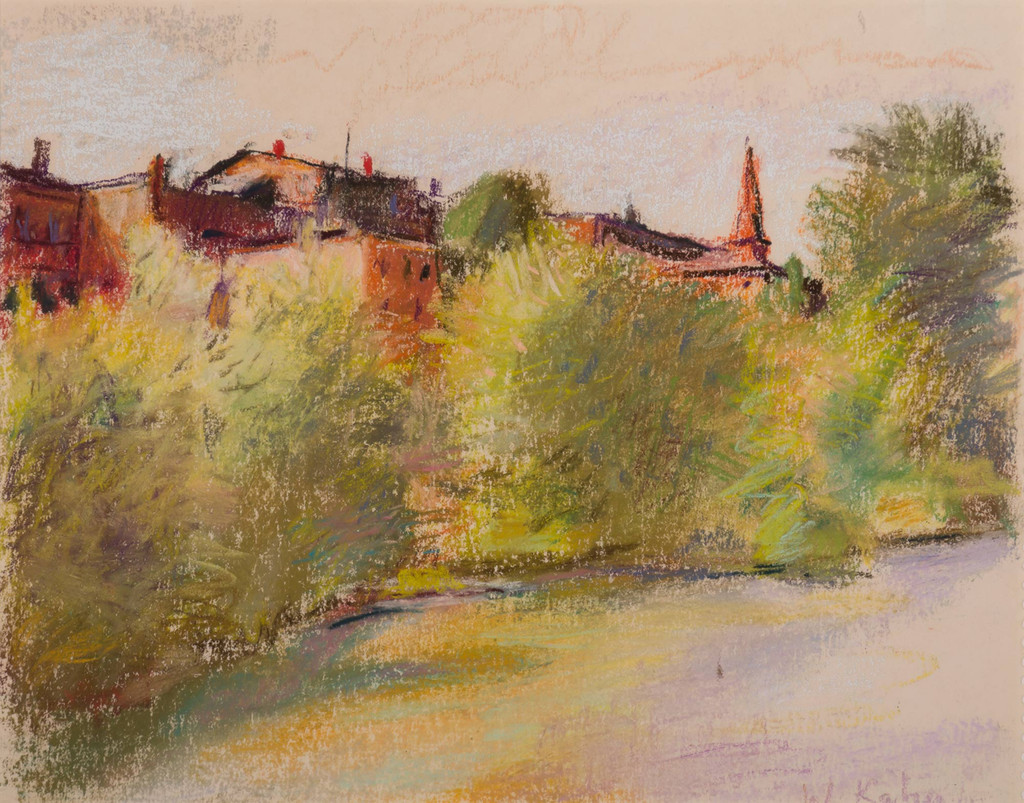 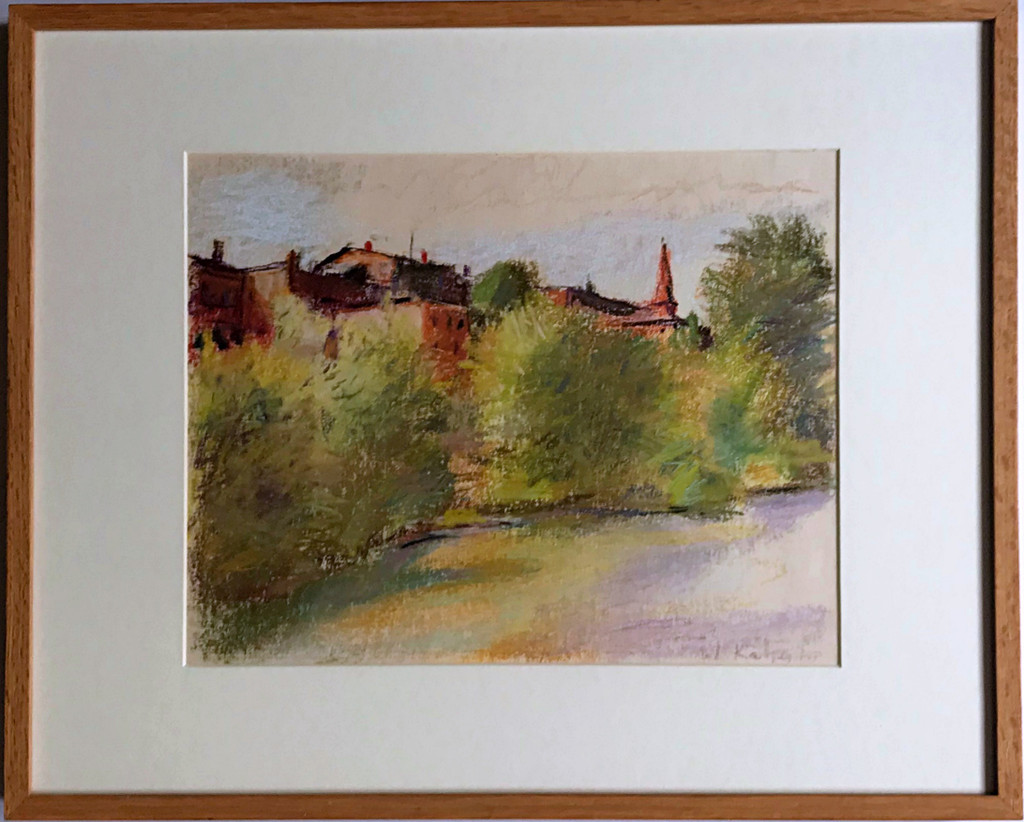 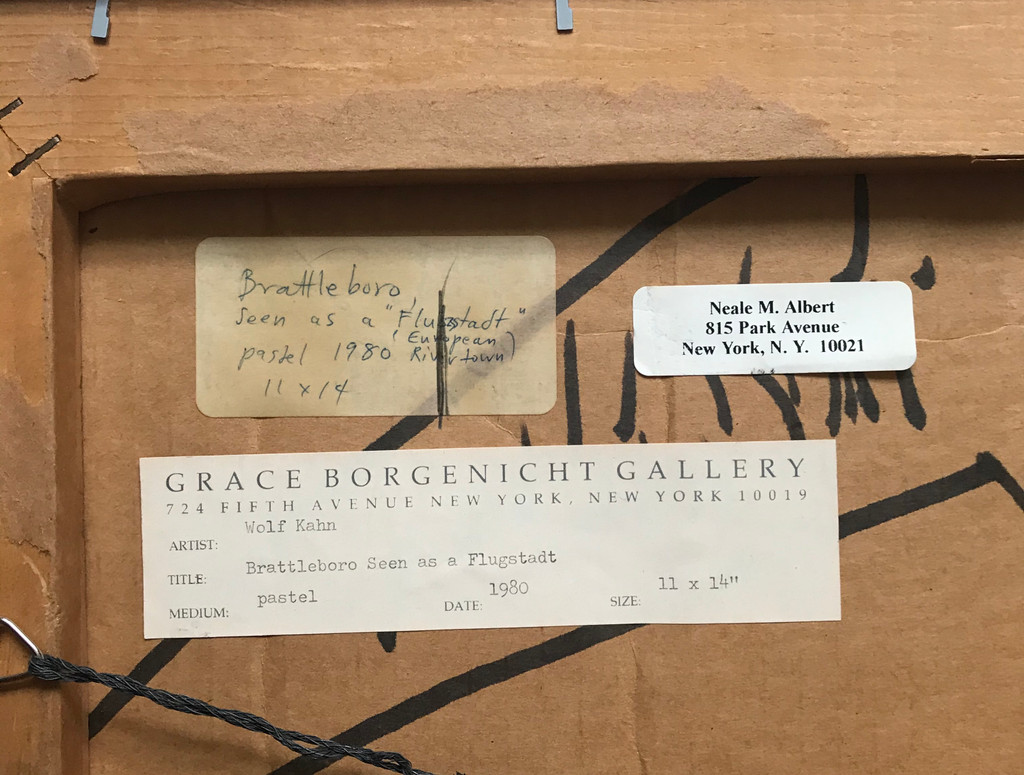 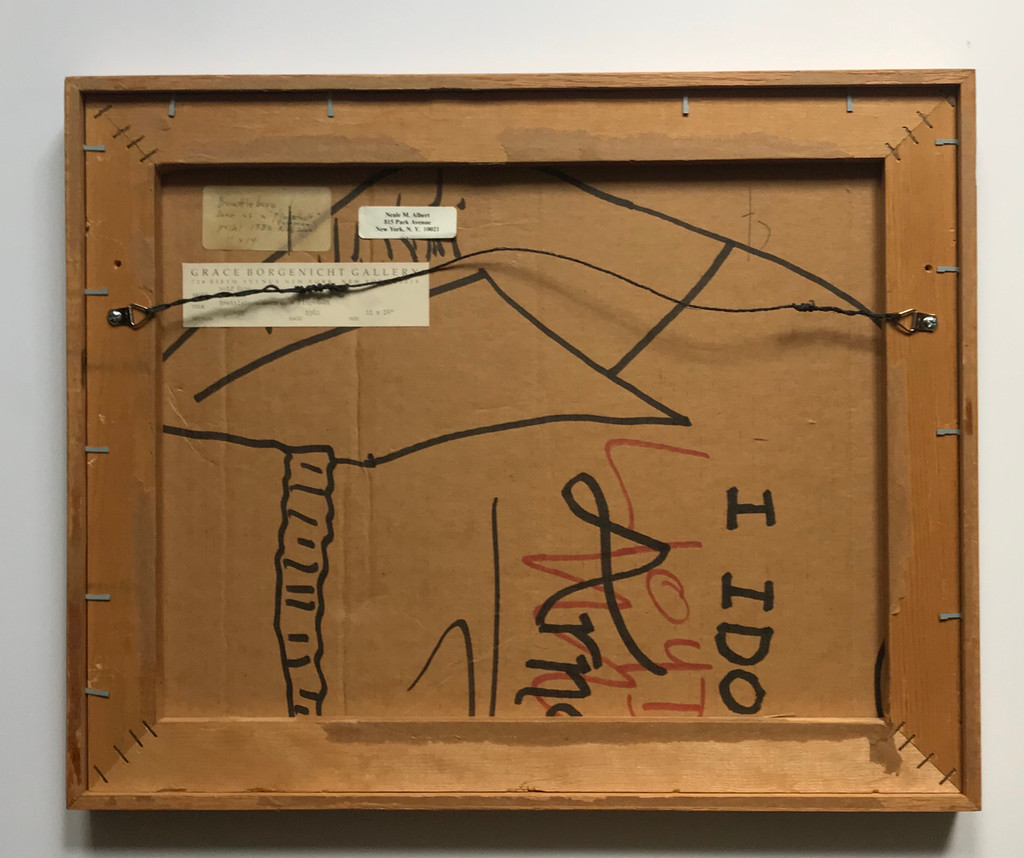 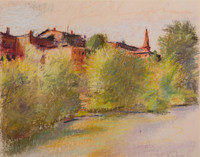 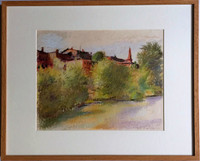 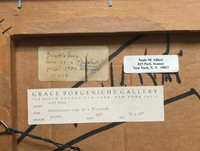 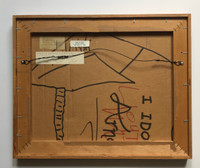 This work was acquired from the Brattleboro Museum in Vermont, which sold it to raise funds for their ongoing programming. As its title notes, it depicts the "Brattleboro Seen as a Flugstadt (European River Town)" - which has important autobiographical images. Wolf Kahn was born in Germany but he and his wife spent summers in Brattleboro Vermont where he and his wife owned property and were active in the community and the arts - becoming major supporters of the renowned Brattleboro Museum. Brattleboro is a picturesque city in Vermont which is known for its stunning river flowing through it. This work was originally sold by the Grace Borgenicht Gallery, Wolf Kahn's gallery of record for many decades. It is held in the original frame with the desirable Borgenicht Gallery label on the verso, as well as the handwritten (ink) label done by Wolf Kahn himself, and the personal label of a subsequent owner.
Measurements:
Framed:
16.75 inches x 29.75 inches
Sheet:
11 inches x 14 inches 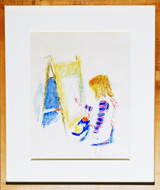 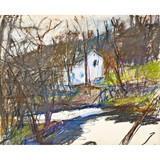 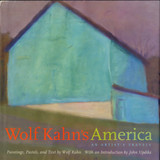