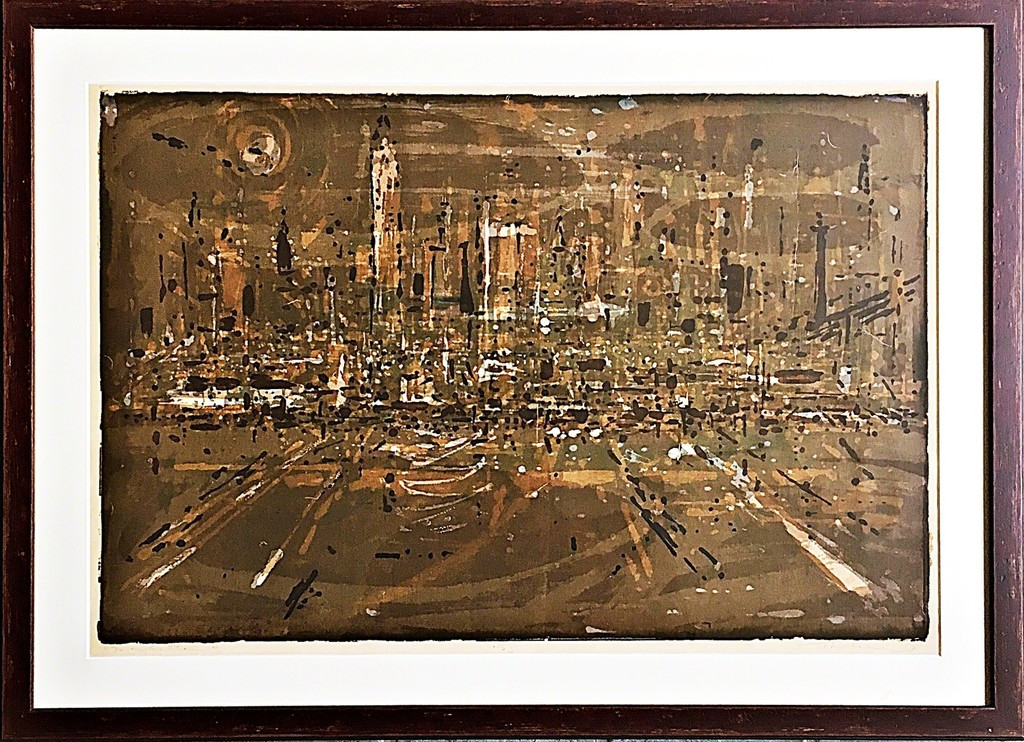 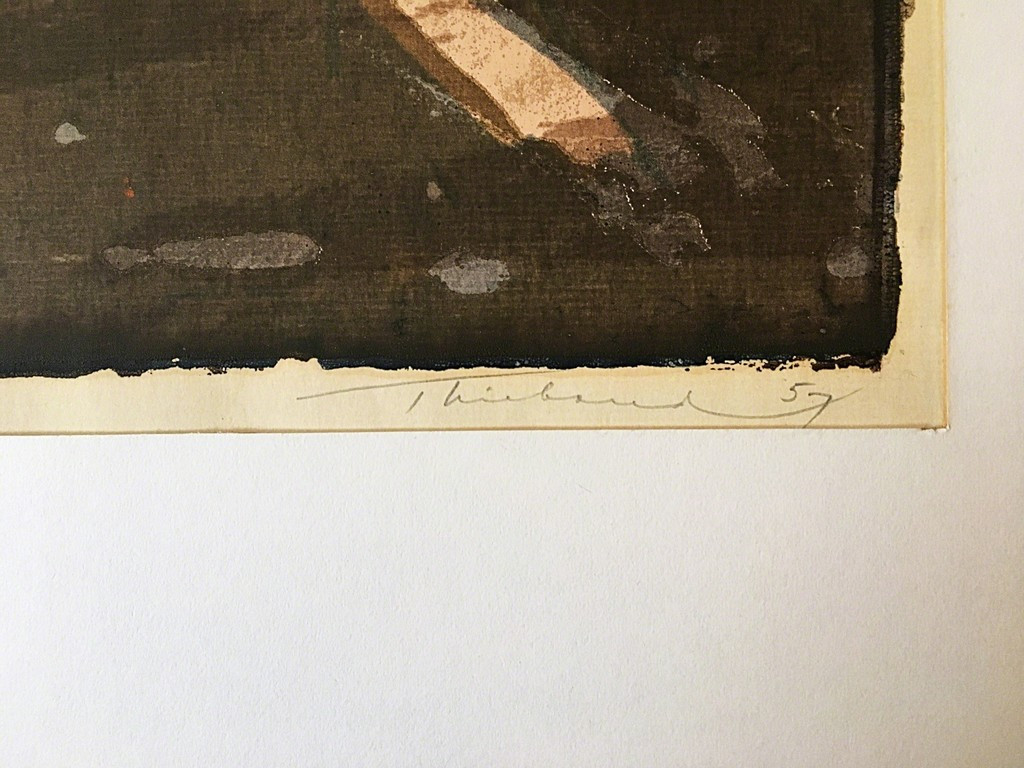 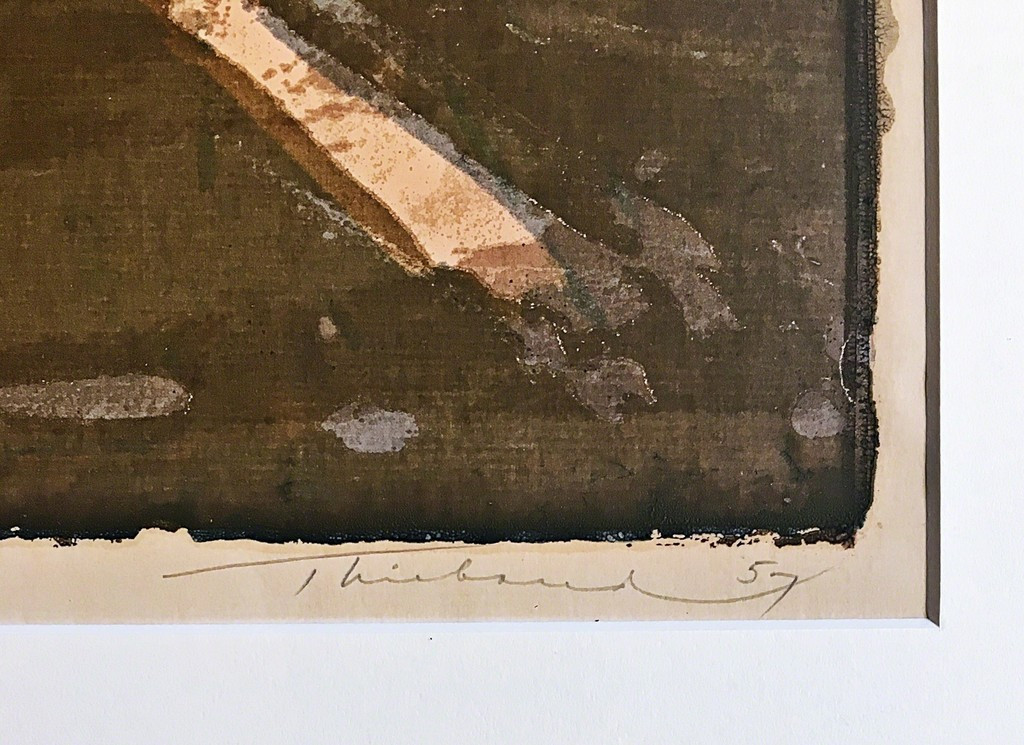 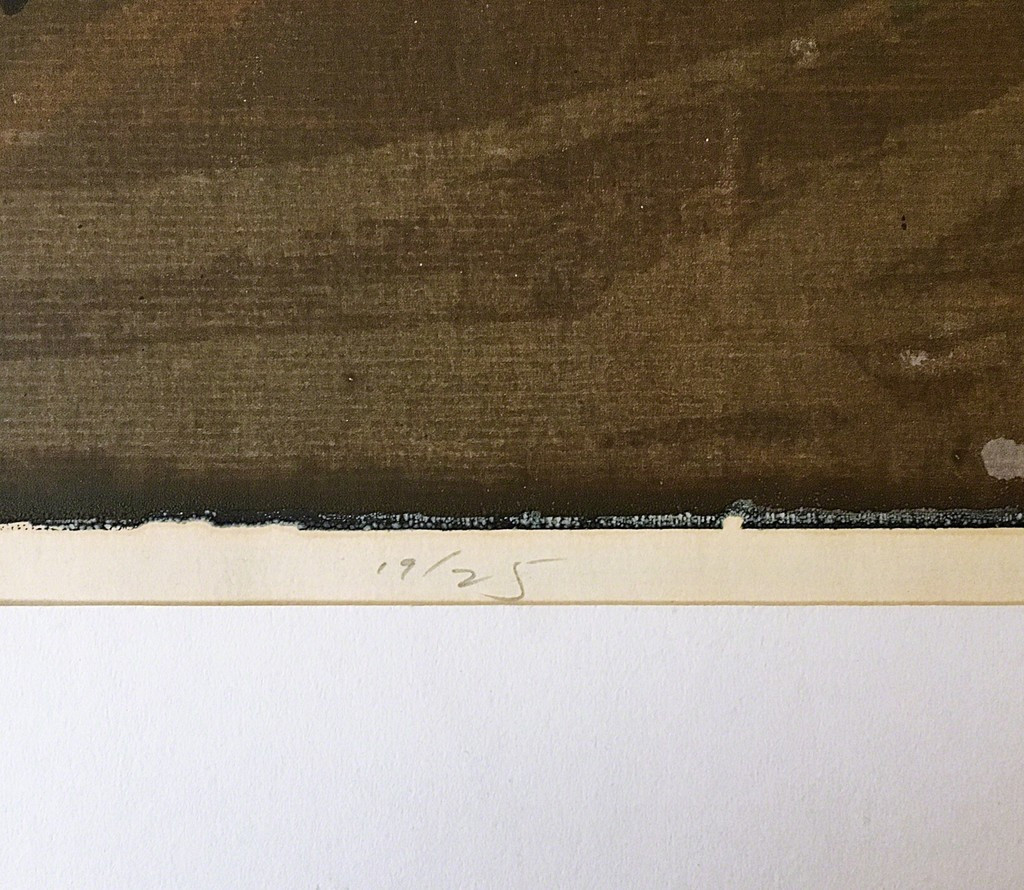 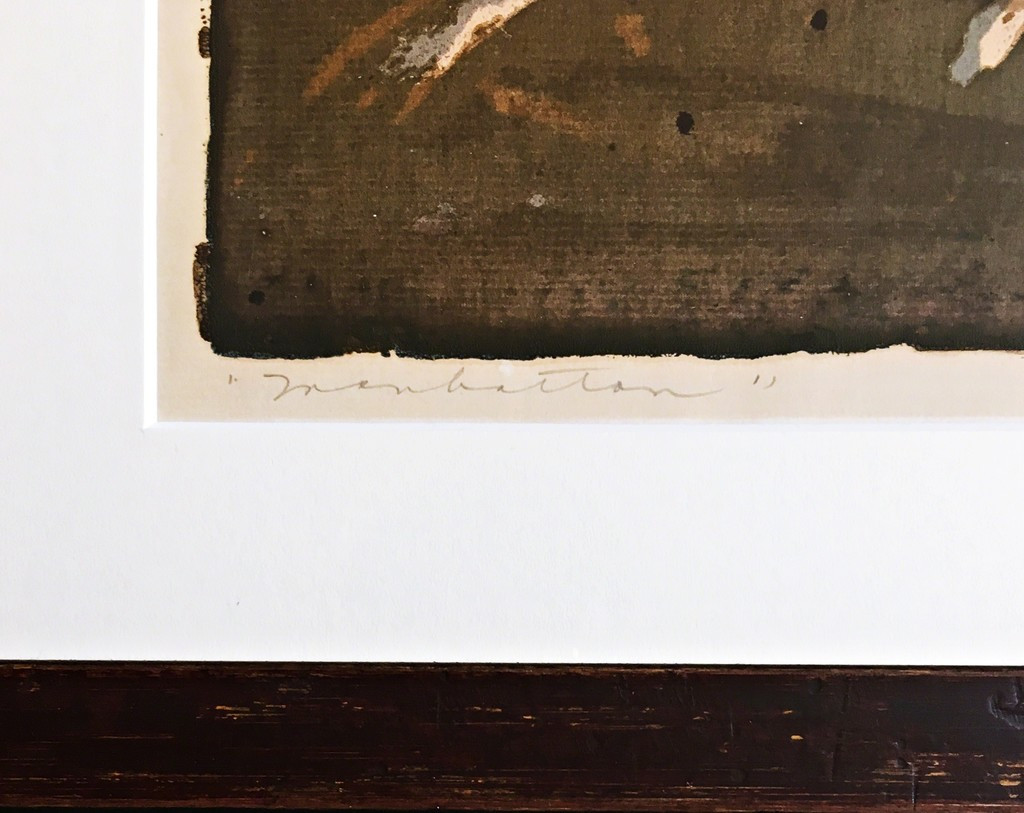 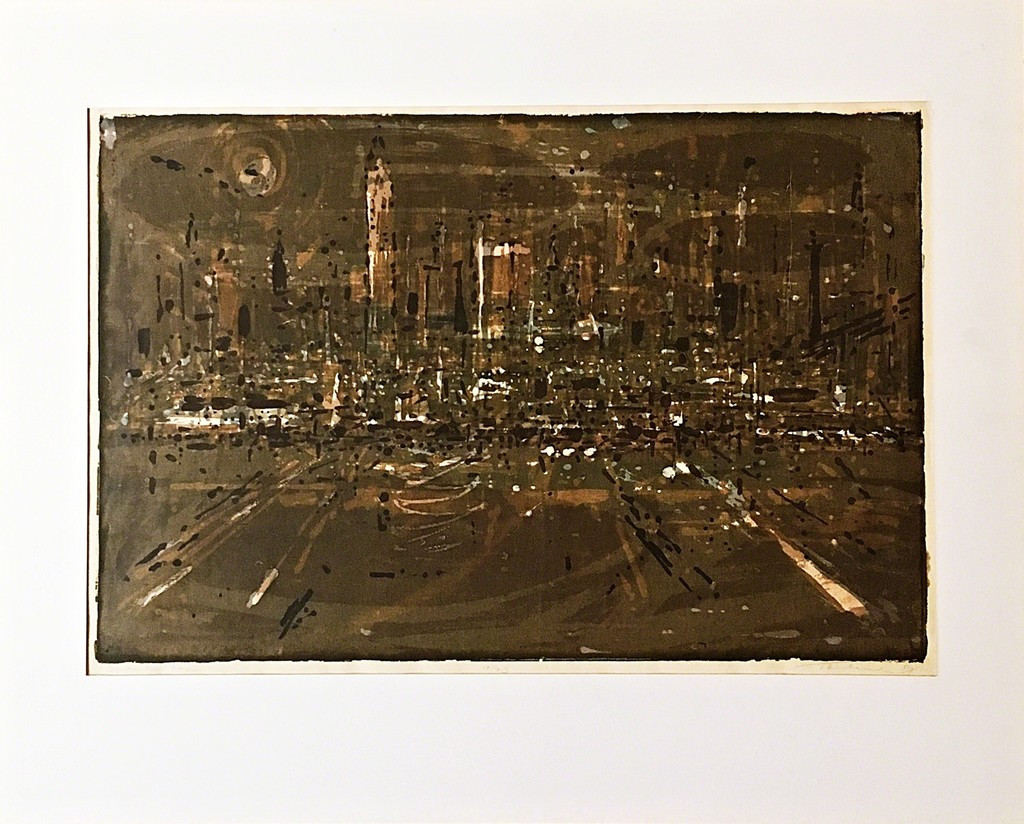 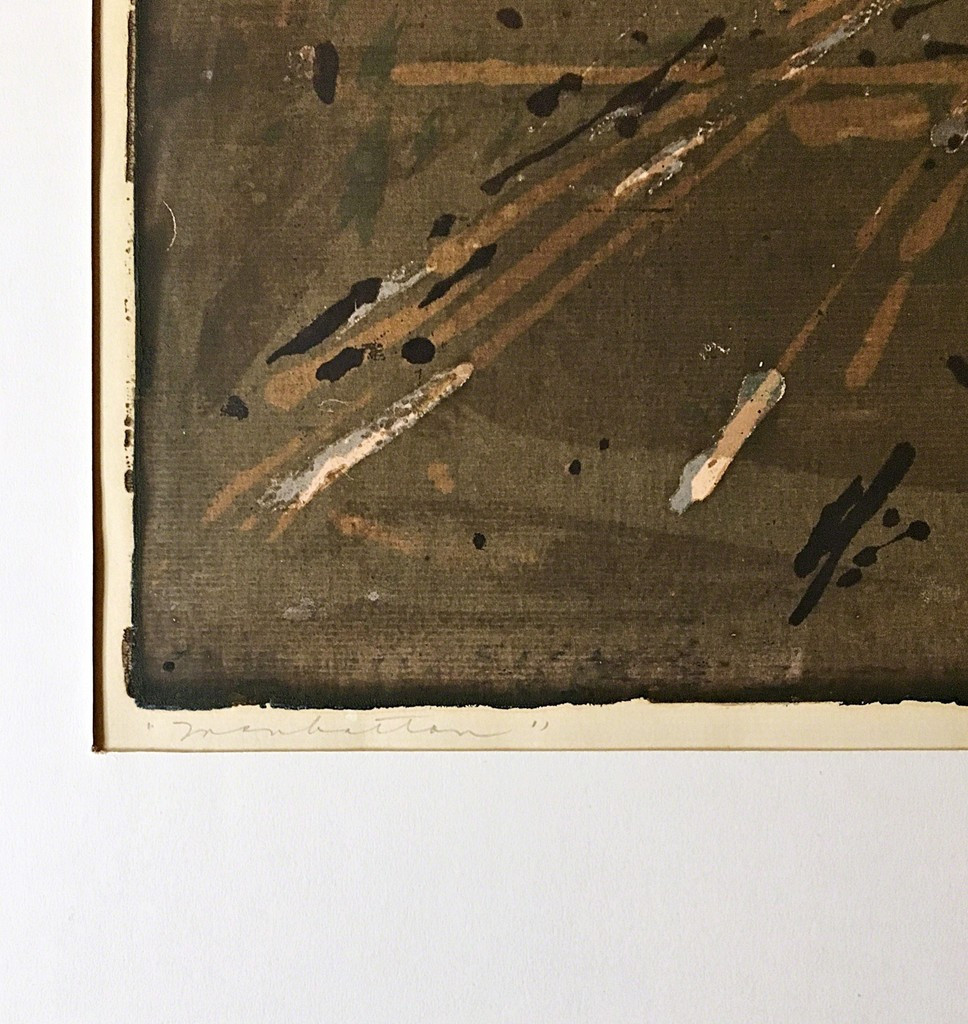 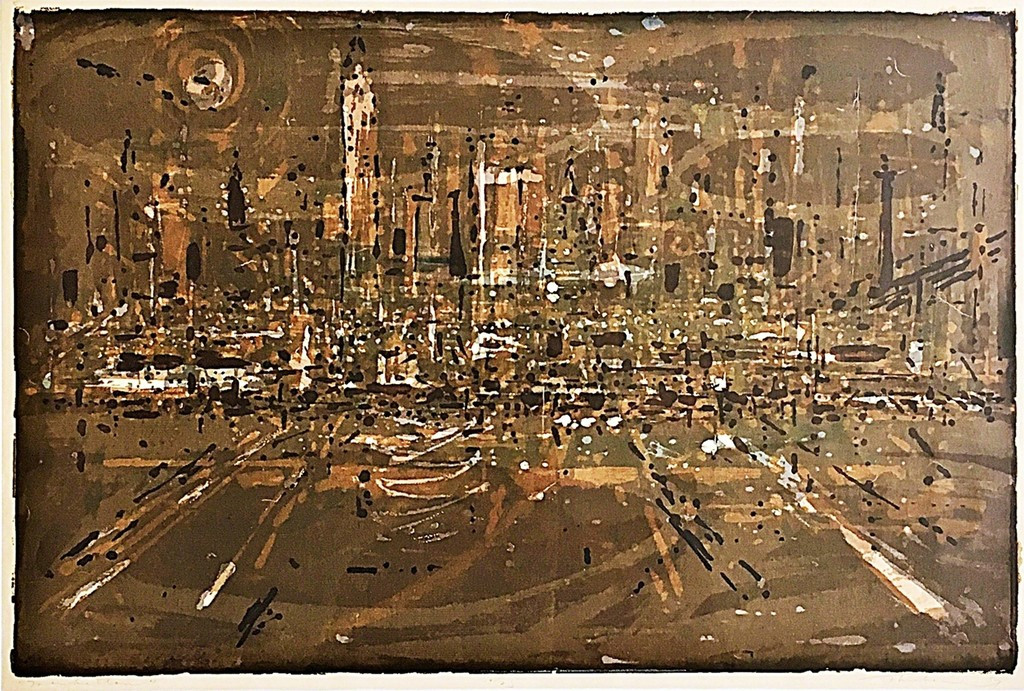 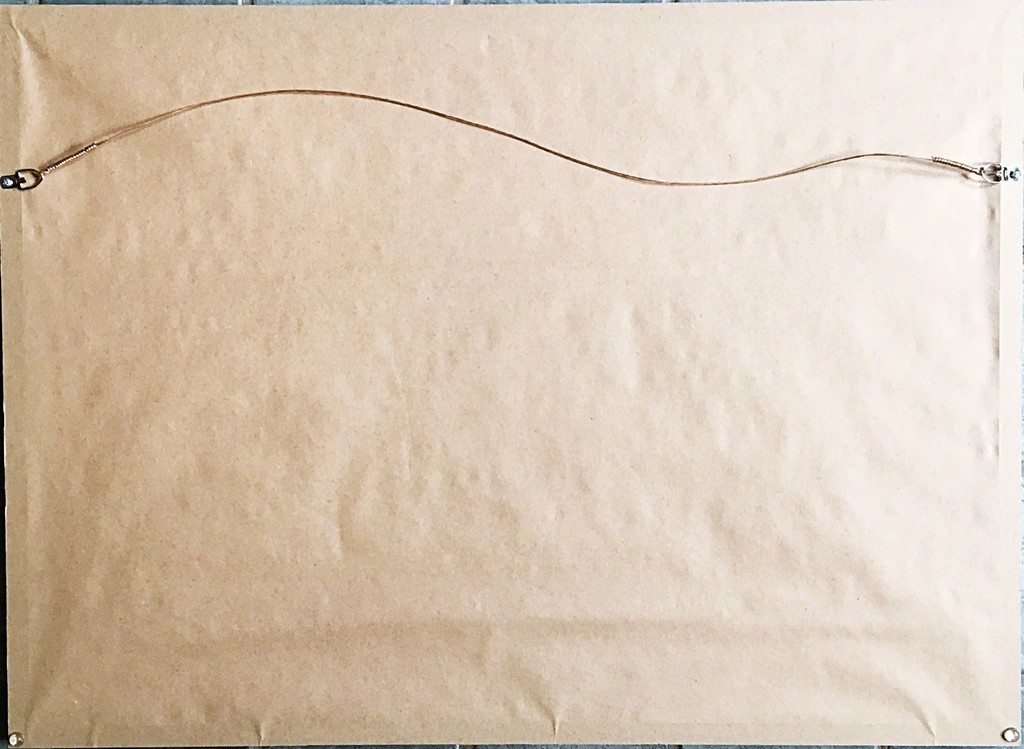 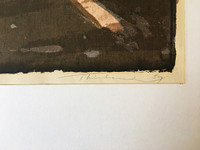 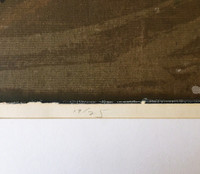 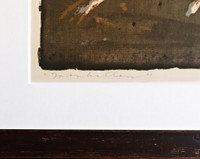 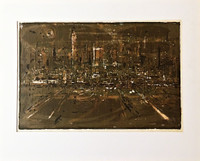 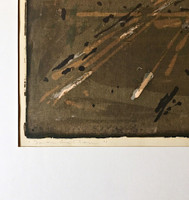 This early (1957) Wayne Thiebaud silkscreen, entitled "Manhattan" is signed, titled dated and numbered in pencil on the recto from the edition of only 25. Thiebaud prints from this era are very rarely to market - and other than this very work, we've never seen another from this edition, and don't know how many are actually extant.  Wayne Thiebaud did both lithography and screenprinting in the 1950s.  The editions were small and often unique and many were sold at various California state fairs. Thiebaud and fellow artist Patrick Dullanty did a film "Color on a Stone" about lithography in 1954-55 at Bailey Films in Hollywood, CA. In 1962.   Thiebaud taught art for decades in California, but during a leave of absence from 1956-7, he spent time in New York City, where he became friends with Elaine and Willem de Kooning and Franz Kline, and was much influenced by these abstractionists as well as by Pop artists Robert Rauschenberg and Jasper Johns.  This limited edition print - Manhattan - was created in honor of the city that made a tremendous impression on this otherwise quintessentially Californian artist.

Signed, dated and numbered in pencil on the recto (front) from the edition of only 25. 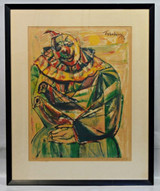 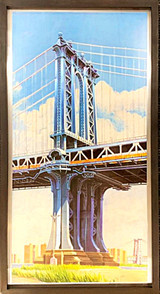 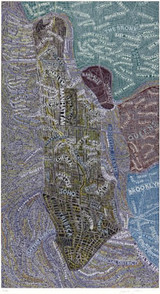 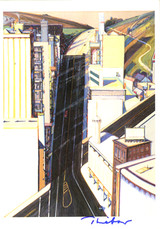