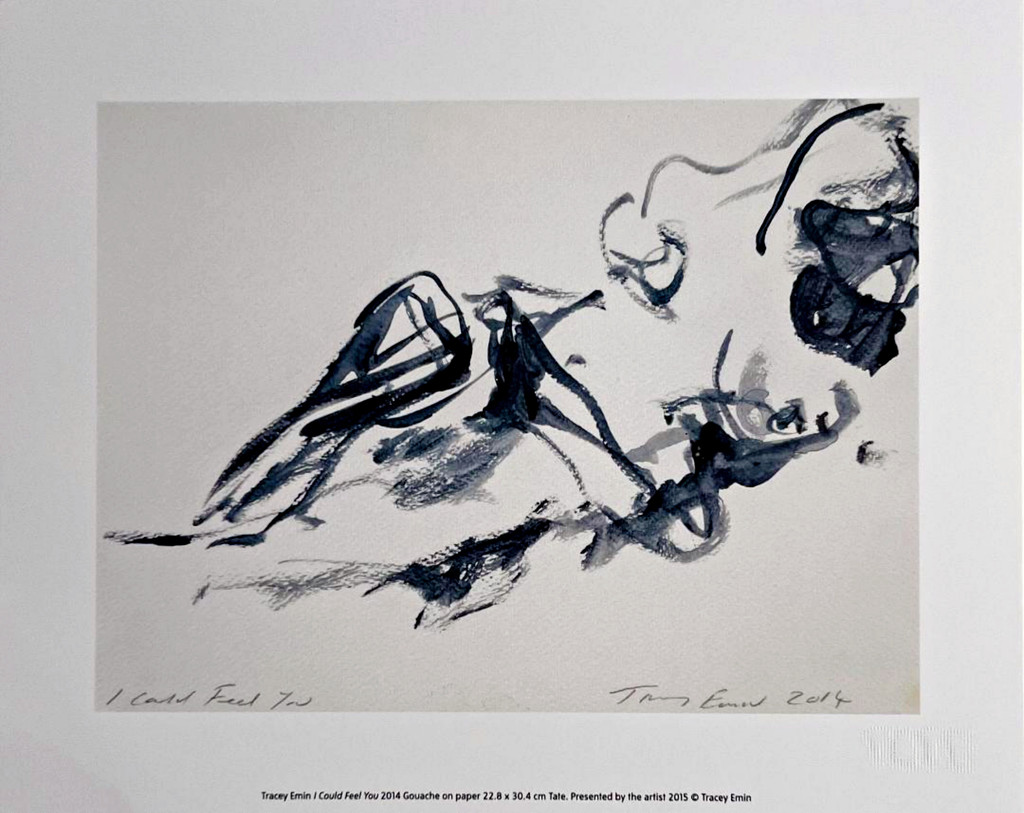 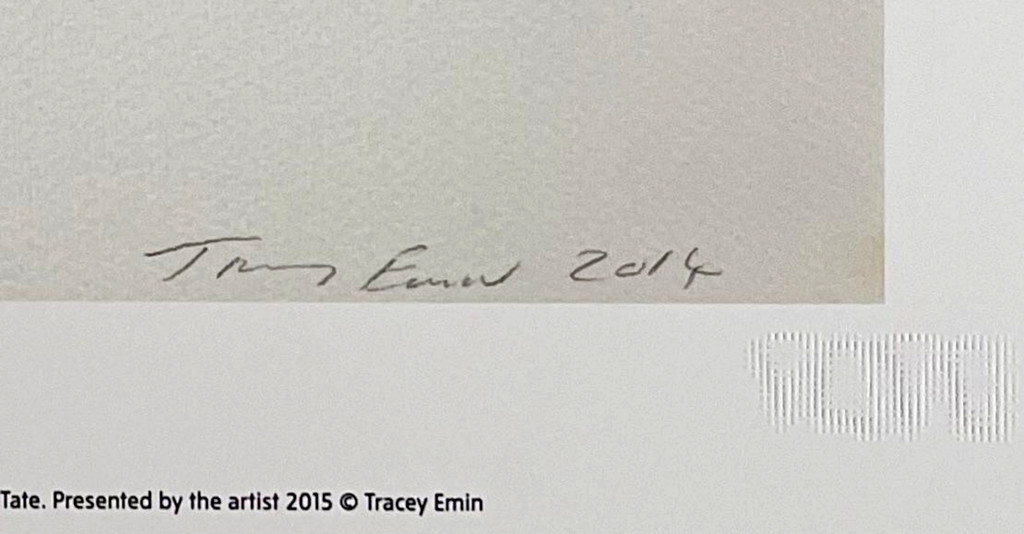 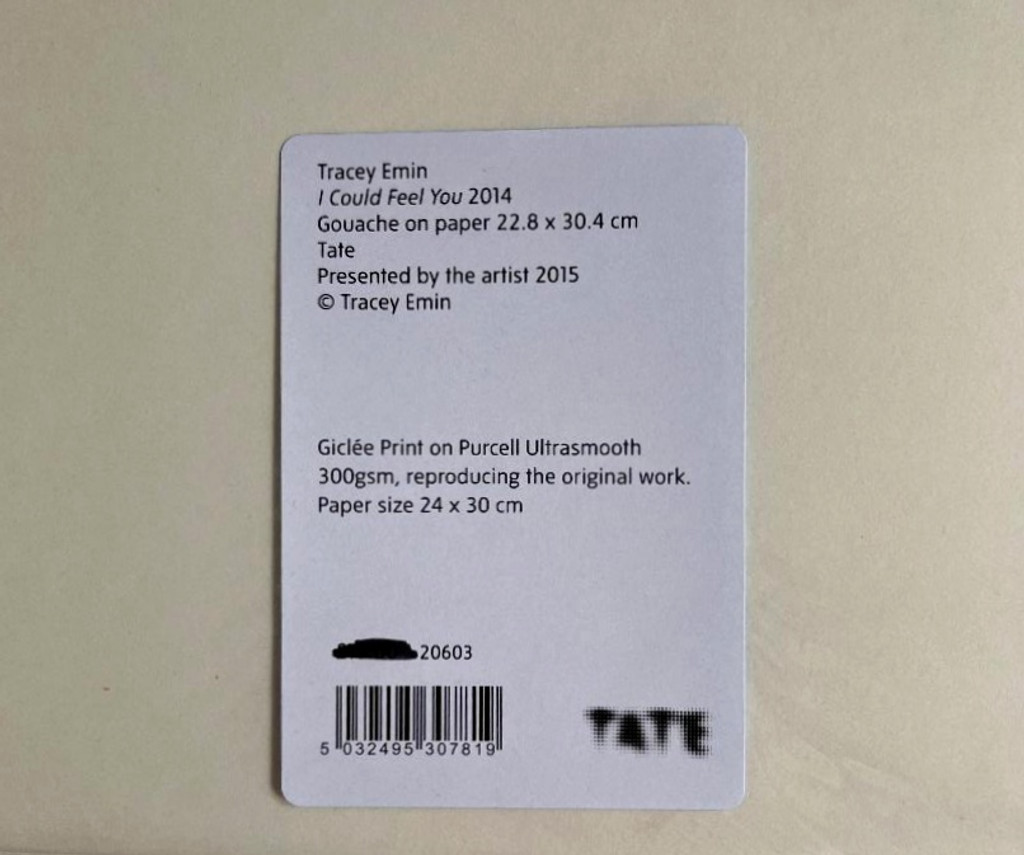 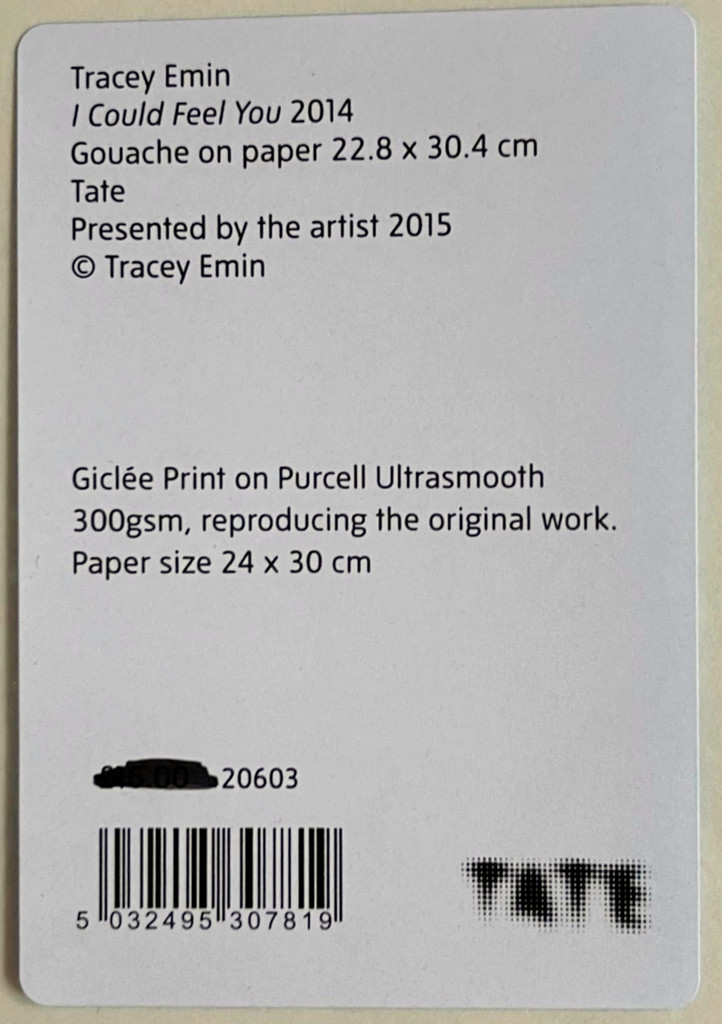 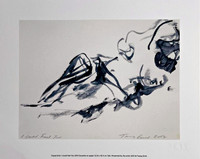 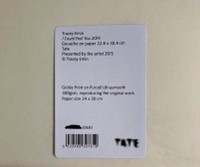 Archival quality, giclée reproduction of Tracey Emin's original gouache I Could Feel You, which is in the permanent modern art collection of the Tate. This was printed back in 2015 in an undisclosed limited edition, and is now long sold out.
More details about the original 2014 work are on the Tate Gallery's website as follows:
Emin, whose work is often candidly autobiographical, scrutinises her relationship with her own body, using drawing as a way of exploring the possibilities of self-representation and self-expression. She examines, albeit with a compassionate eye, the mutability of the female body over time.

Emin has acknowledged the influence on her work of turn-of-the-century expressionist painting, particularly the works of Egon Schiele (1890–1918) and Edvard Munch (1863–1944). This can be seen most directly in the painting style of her monoprints and other works on paper, such as I Could Feel You. Yet the artist’s highly personal practice is also informed by a feminist approach that presents often controversial subject matter through the revelation of intimate personal details, frequently demonstrating vulnerability and audaciousness at the same time. In an interview with the critic Stuart Morgan in 1997 Emin commented on this aspect of her work:

For me, aggression, sex and beauty go together. Much of my work has been about memory, for example, but memories of violence and pain. Nowadays if I make a drawing I’m trying to draw love, but love isn’t always gentle … Being an artist isn’t just about making nice things, or people patting you on the back; it’s some kind of communication, a message.
(Quoted in Morgan 1997, pp.56–61.) 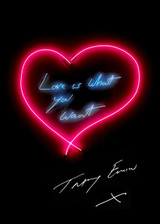 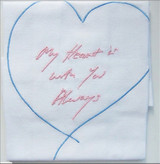 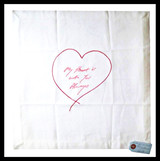 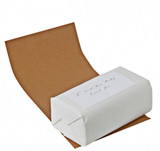 Tracey Emin, I Could Have Really Loved You, 2011 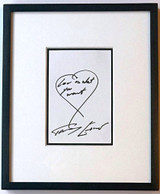