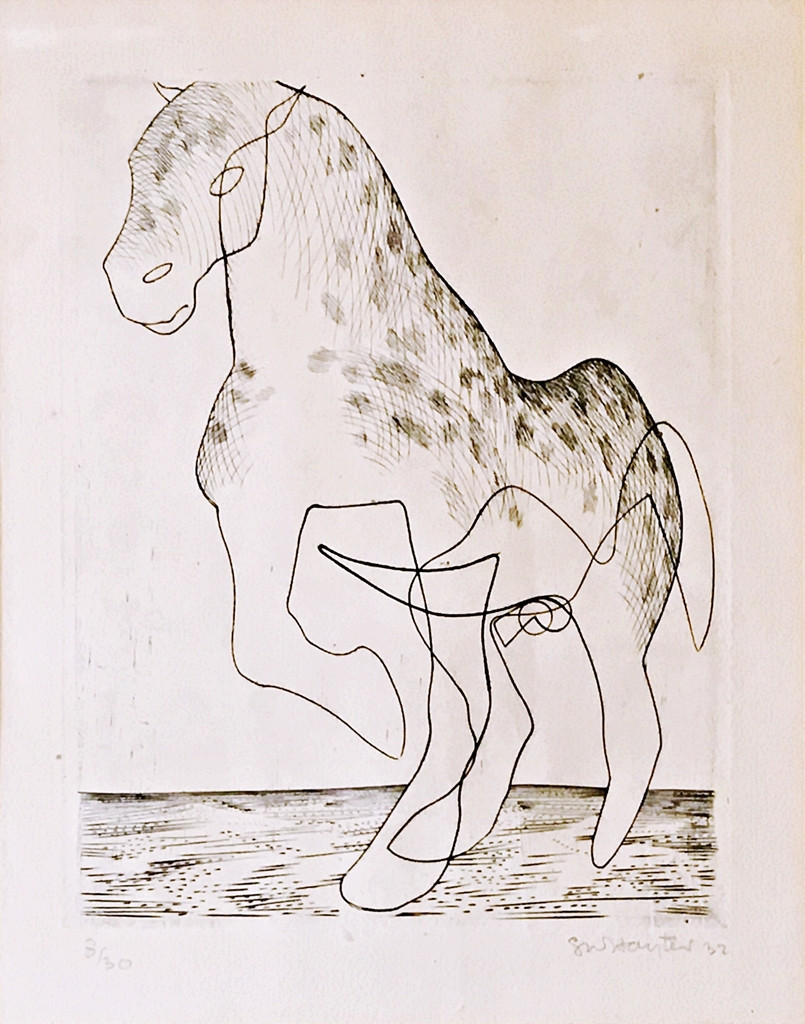 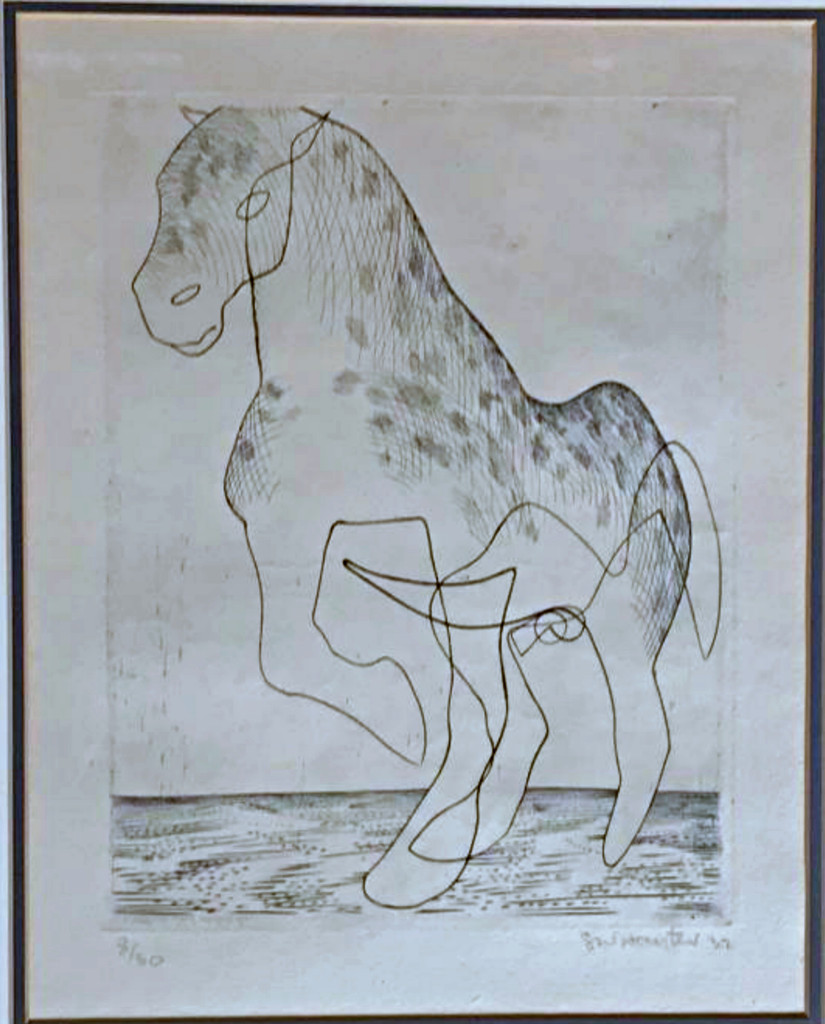 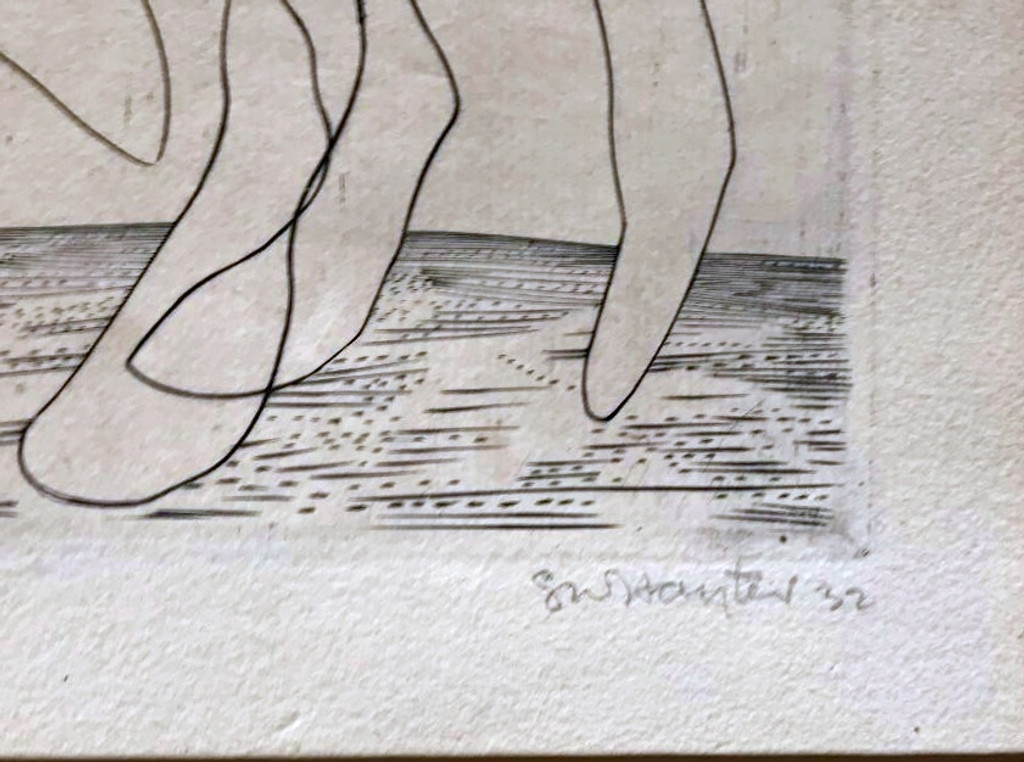 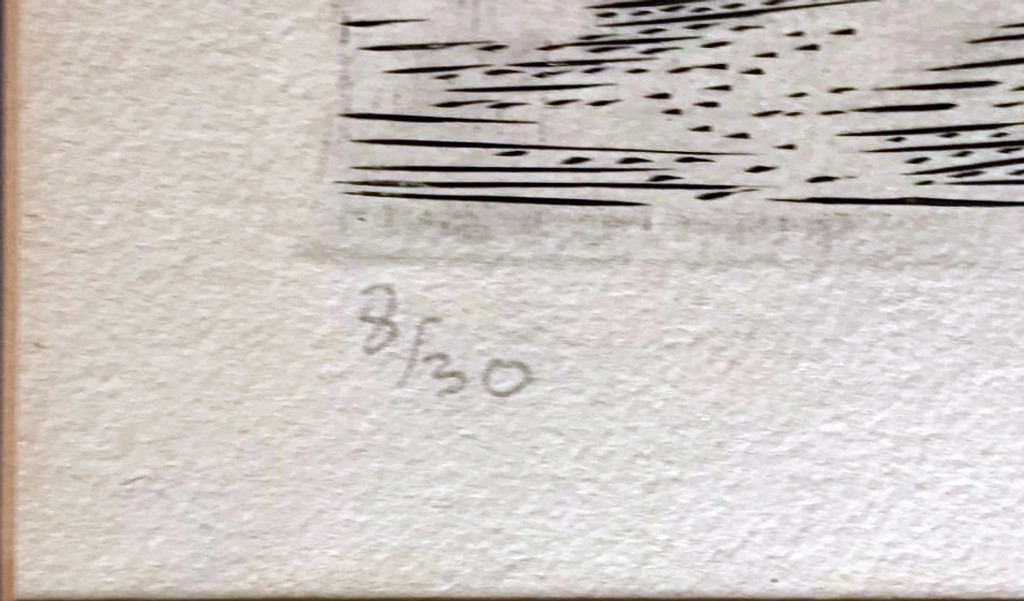 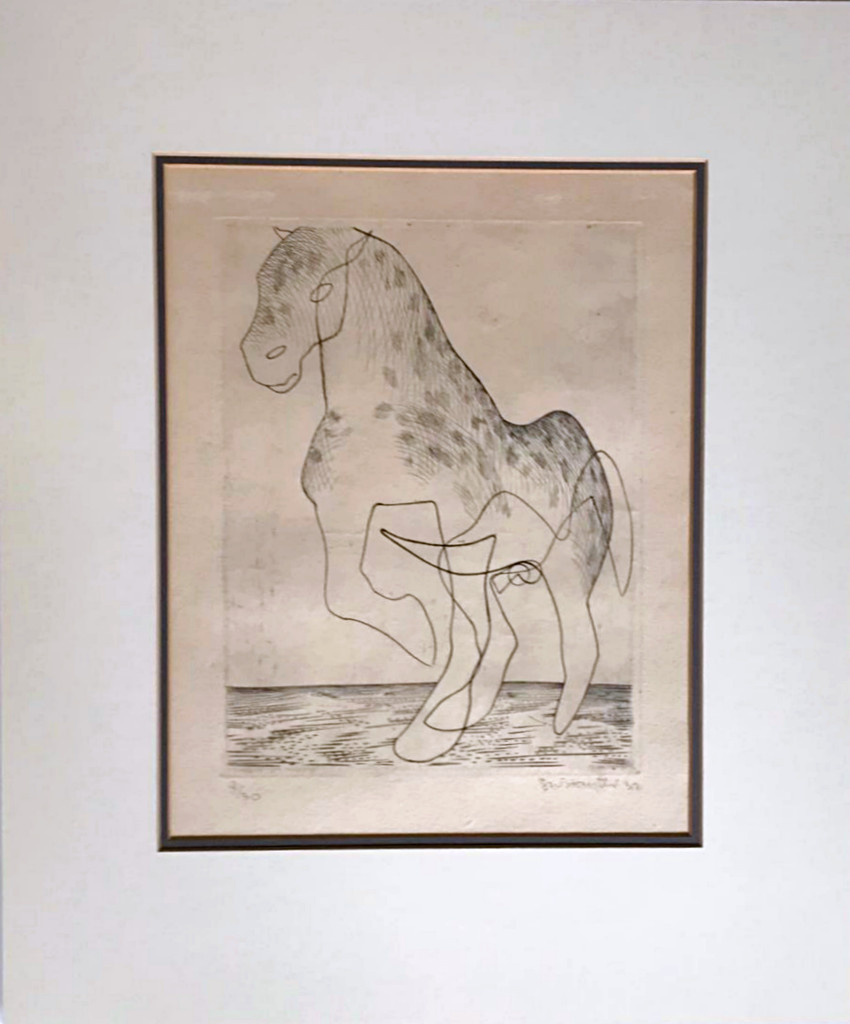 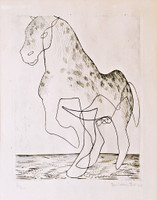 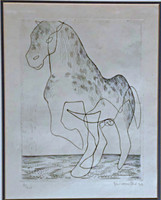 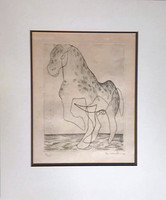 Stanley H.W. Hayter was one of the most important and influential printmakers of the 20th century - especially in the area of etching and engraving. This is one of the most coveted early Hayter etchings, done in Paris before World War II, in a small edition of only 30, many of which have been lost. In the foreword to the catalogue that accompanied an early Hayter print retrospective, Bryan Robertson, former director of London's Whitechapel Gallery wrote:
"Hayter, working always with maximum flexibility in painting, drawing, engraving and collage, has invented some of the most central and significant images of this century before most of the other artists of his generation. He is an originator, and it is a sign of this artist's vitality and youthfulness that he has never bothered to put on the mantle of elder statesman which he has an indisputable right to wear....."
Hayter founded the legendary Atelier 17 Studio in Paris, later known as Atelier Contrepoint, where the present work was created. Hayter's studio would relocate to New York during the war. Artists like Pablo Picasso, Alexander Calder, Dorothy Dehner, Mark Rothko, Jackson Pollock, Max Ernst, Andre Masson, Yves Tanguy, Marc Chagall Jacques Lipchitz, Alberto Giacometti, Joan Miro, Robert Motherwell and Louise Nevelson all passed through Hayter's (whom they affectionately called "Bill") studio, and his work has been recognized in museums around the world such as the Tate Gallery in London. Hayter was associated with the Surrealists in the 1930s and the Abstract Expressionists after his move to New York in 1940.
This work is also fully referenced in the catalogue raisonne of Hayter's prints. (Black & Moorhead, Plate 46).
Measurements:
Matting 18.5 inches ( Vertical ) by 15.5 inches
Print 12 inches ( vertical) by 9.6 inches 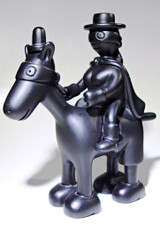 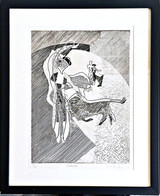 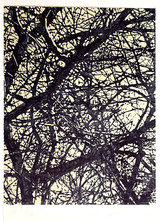 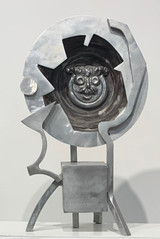