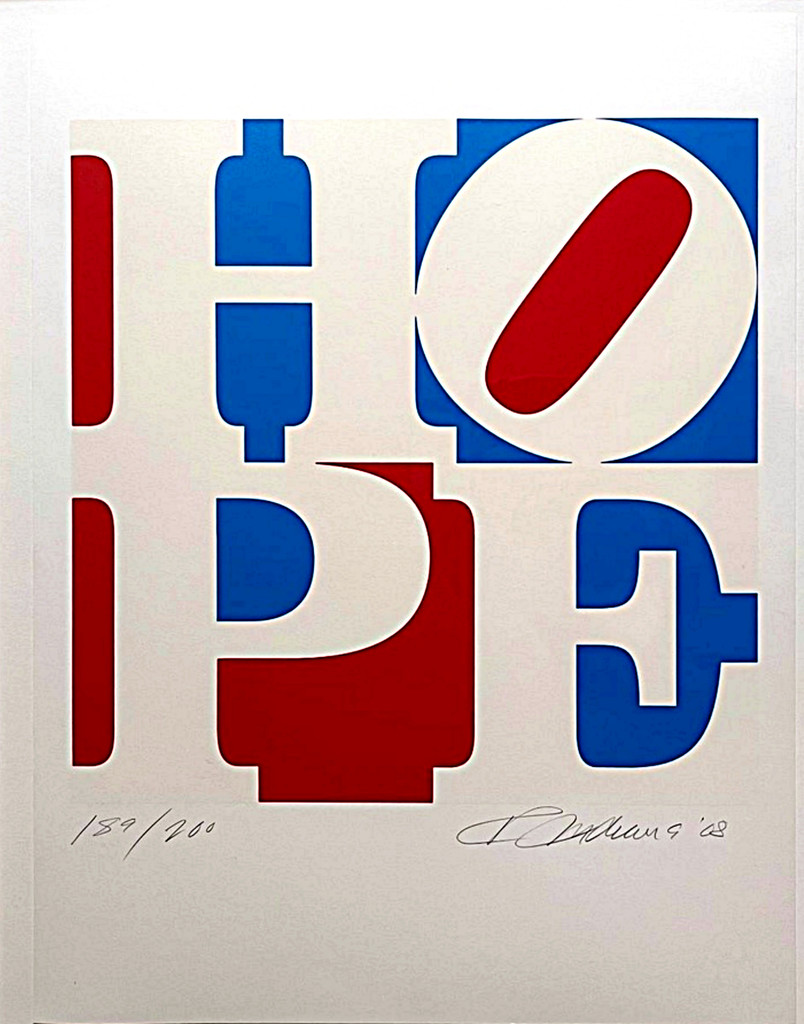 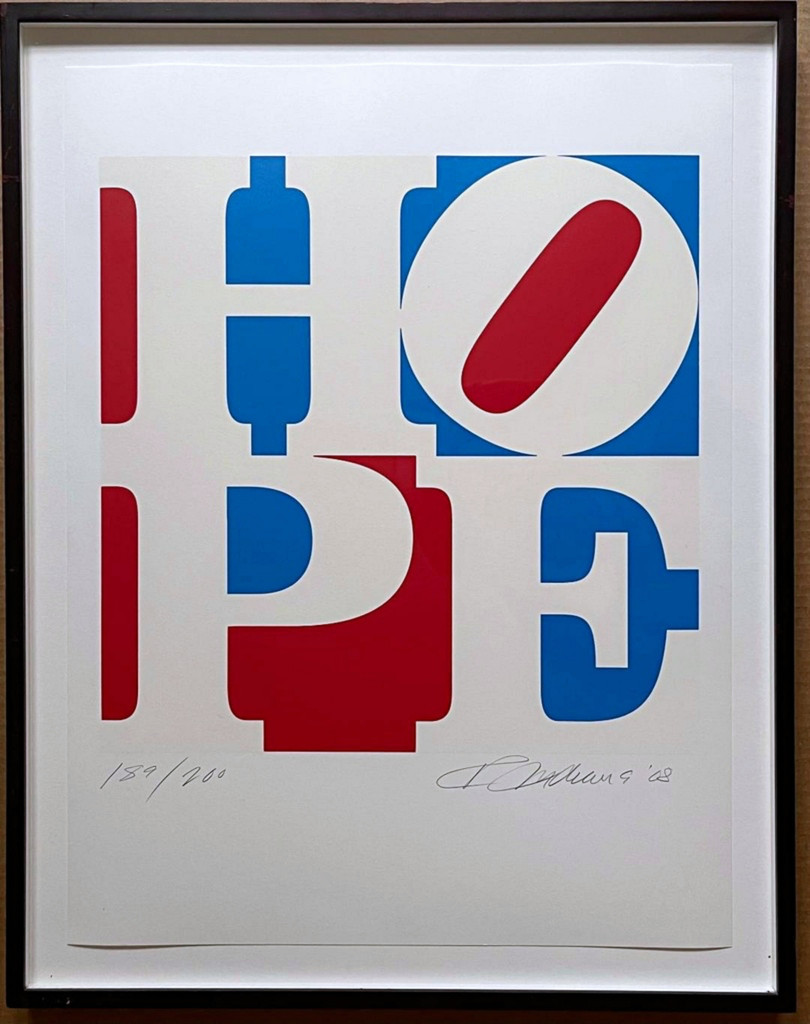 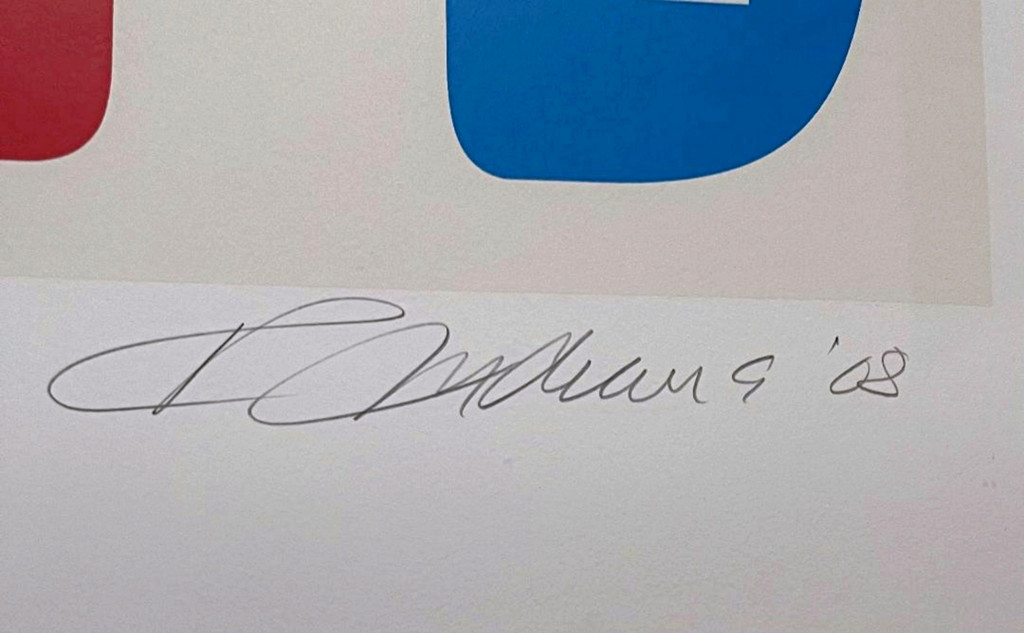 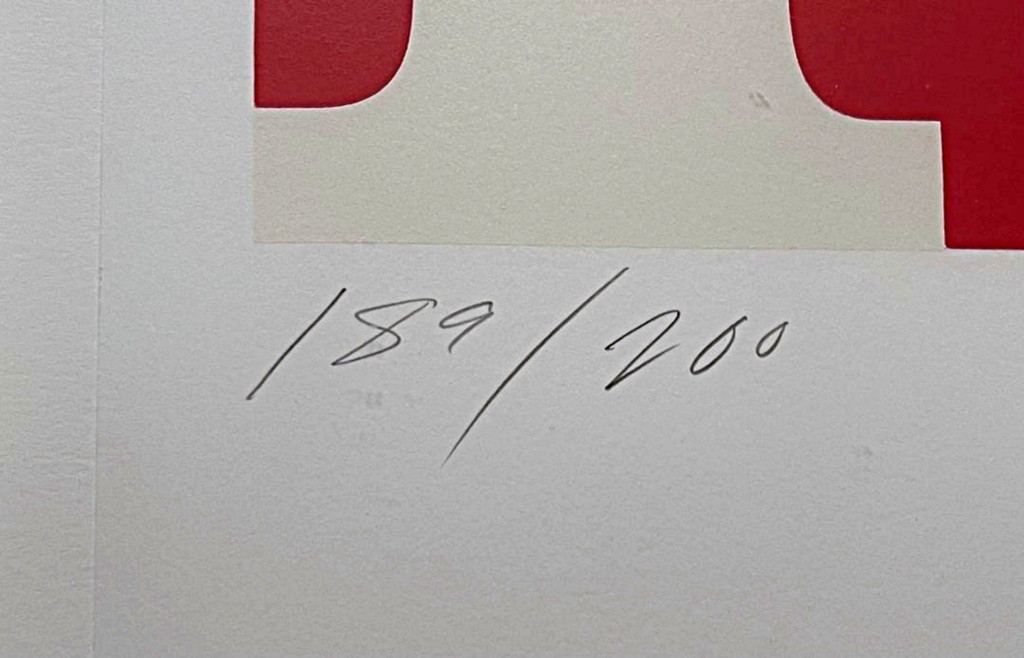 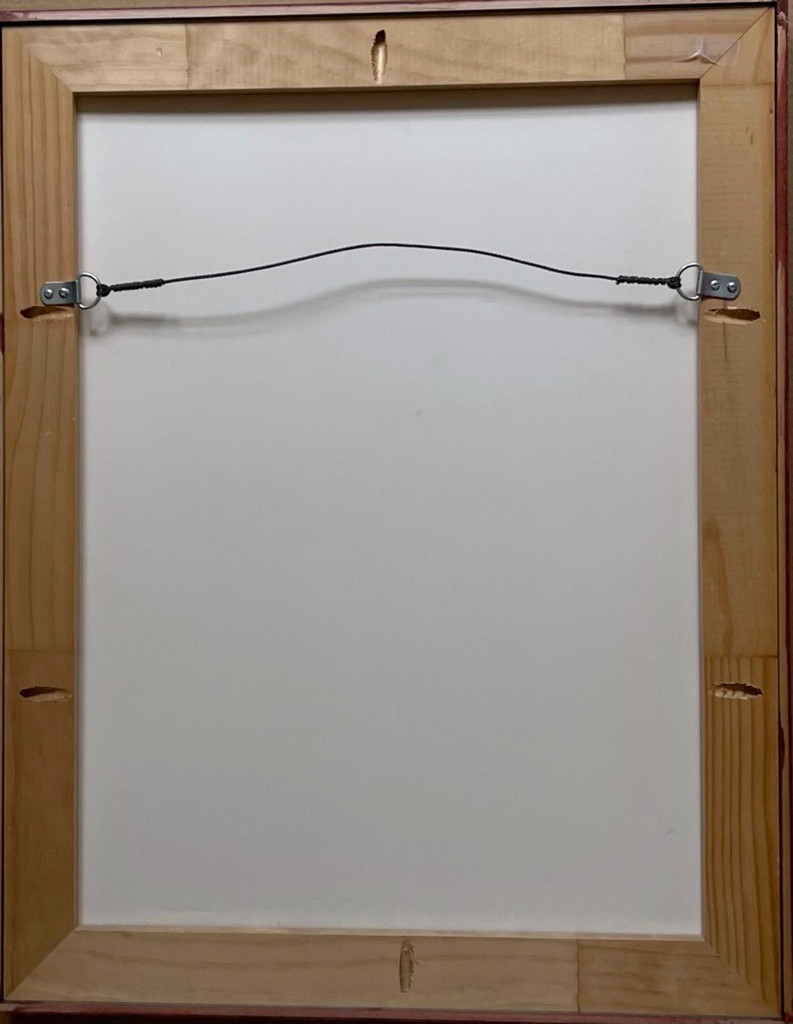 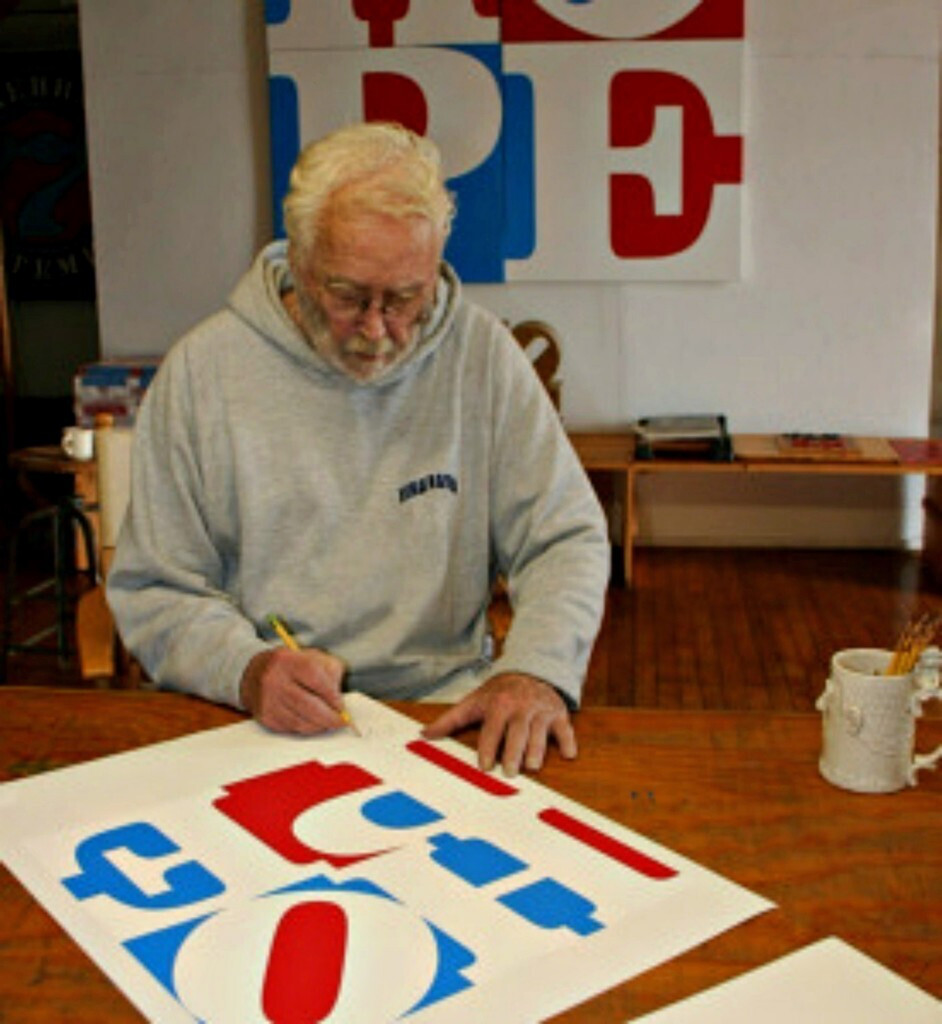 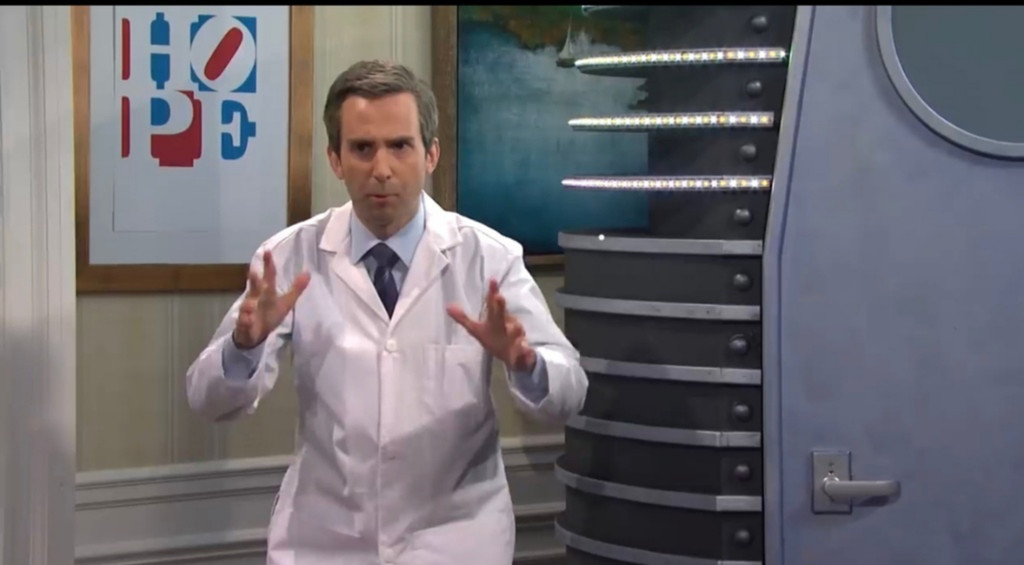 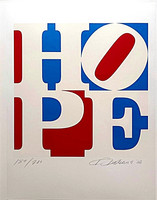 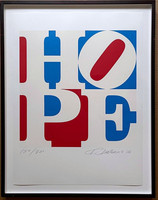 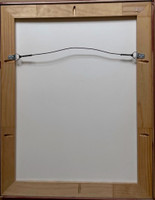 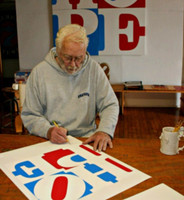 Pencil signed, dated and numbered 189/200 on the front. Paper is watermarked by AIA with text

This work was published in 2008 as part of the "Artists for Obama" portfolio, in which some of the top artists contributed prints to raise money for Obama's presidential campaign. Robert Indiana donated all of the proceeds of the sale of this work to electing Barack Obama. And during the 2020 election, it became an even greater part of American popular culture when it was featured on the influential NBC show Saturday Night Live's cold open skit featuring the Vice Presidential debate between Kamala Harris and Mike Pence. Mid-debate, "Joe Biden" (played by actor Jim Carrey), watching from his living room sofa and eager to help out, leaps up from his chair and asks his doctor to teleport him to the debate - where he lands, inadvertently, as the famous fly that stayed on Mike Pence's head. On the wall behind Biden's "doctor", in clear view, is an edition of this work: Robert Indiana's 2008 silkscreen HOPE. (Quite the conversation piece!) For reference is a photograph of Robert Indiana signing the edition, as well as images of the Saturday Night Live Cold Open. Own a piece of Political and Pop Art History!
Measurements:
Framed:
28.5 inches (vertical) x 22.5 inches (horizontal) x 1.5 (depth)
Artwork:
25 inches (vertical) x 19 inches (horizontal)

Fine condition; examined in frame (we do not guarantee frames) 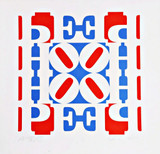 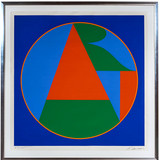 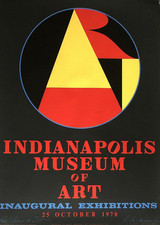 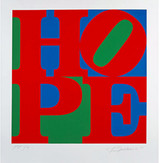