Richard Anuszkiewicz (American, b. 1930)
THE PARIS REVIEW, 1965
Silkscreen on Beckett 90 lb. Hi-White paper with vellum finish
Published by The Paris Review Literary Magazine, Printed by Steven Poleskie at Chiron Press
Pencil signed and numbered from the limited edition of 150
31 × 26 inches
78.7 × 66 cm
This striking Op Art screenprint on Beckett 90 lb. Hi-White paper with vellum finish was created by Richard Anuszkiewicz, a protege of Josef Albers at the Yale University School of Art who is considered one of the founders of the Op Art movement in the United States.

It was created in 1965, one of the most influential periods in the Op Art movement, around the time that Anuszkiewicz was featured on the cover of Life Magazine. The work was part of a series of prints created over the years by renowned artists, including Andy Warhol, Helen Frankenthaler, Christo, Willem de Kooning, Louise Bourgeois, Alex Katz and others as a fundraiser for the Paris Review literary publication. This Anuszkiewicz silkscreen was printed by Steve Poleskie of Chiron Press, NYC and published by the Paris Review.

This piece is fully referenced in the catalogue Richard Anuszkiewicz Prints and Multiples 1964-79, with Checklist of Major Prints, Posters and Multiples by David Brooks and Gene Baro, Sterling and Francine Clark Art Institute, Williamstown, Massachusetts, 1st. edition, 1979.
Signed lower left; dated and numbered lower right recto (front) in pencil
Literature: Catalogue Raisonné: 16, Brooks & Baro
Condition: the work overall is in good to very good condition; there is scratching to the silkscreen near the edition number and corner bumping/creasing to the corners which will frame out. See photos of described issues. 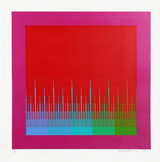 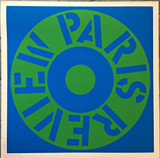 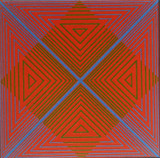 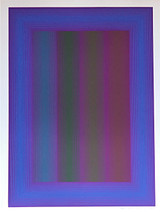