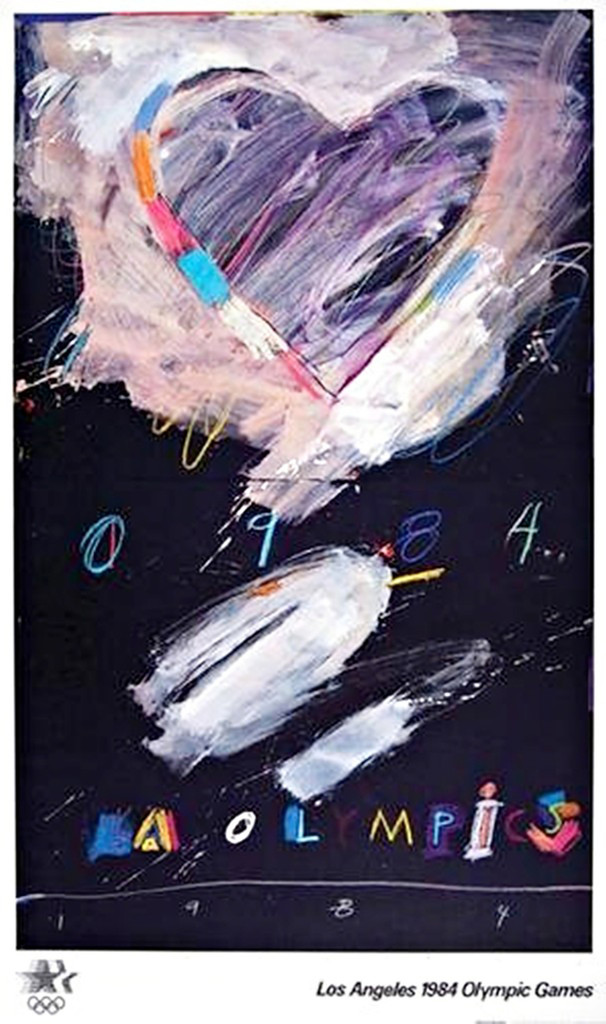 Accompanied by a signed letter of authenticity from the publisher on Olympic Committee letterhead. This is one of 750 hand signed lithographic prints (though fewer than 250 are said to remain), published in 1982 to celebrate the 1984 Los Angeles Olympics . The Olympic Committee commissioned 15 nationally known artists, including to create unique designs to promote the event.  The complete list of artists is: Sam Francis, David Hockney, Richard Diebenkorn, Carlos Almaraz, Robert Rauschenberg, Jennifer Bartlett, Jonathon Borofsky, Roy LIchtenstein, April Gornik, Raymond Saunders, Martin Puryear, John Baldessari, Lynda Benglis, Billy Al Bengston and Garry Winogrand. This was Raymond Saunders contribution to the portfolio.  In 2017, the Olympic Museum in Lausanne Switzerland featured all 15 lithographs from this portfolio: “The 1980s were marked by non-conformism, eccentricity, audacity and joie de vivre,” say the exhibition organizers, “All these elements are clearly expressed in the stylistic vocabulary chosen by the organizrs of the 1984 Games in Los Angeles, with its fun approach and acid colors.” This work is unframed and in fine condition; excellent provenance as it was acquired as part of the complete portfolio of limited edition hand signed Olympic prints, all held in the original box with colophon and authenticity documentation. This will be the first time the print has been removed so authenticity is unconditionally guaranteed. Excellent condition; never framed. All of the works in this rare portfolio, including this Saunders lithograph are unnumbered, but published in a limited edition of 750 hand signed works. Copyright 1982 Los Angeles Olympics Organizing Committee, Published by Knapp Communications Corporation

Signed in graphite pencil on the recto.  Accompanied by a letter of authenticity from the publisher on Olympic Committee letterhead.

Acquired as part of the complete 1984 Olympic Lithographic Poster Portfolio of  15 hand signed prints, in the original box with colophon and Certificate of Authenticity. 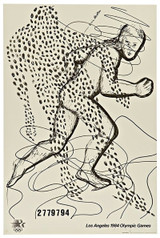 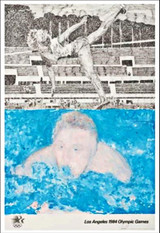 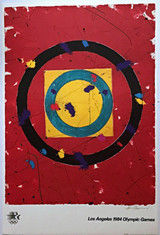