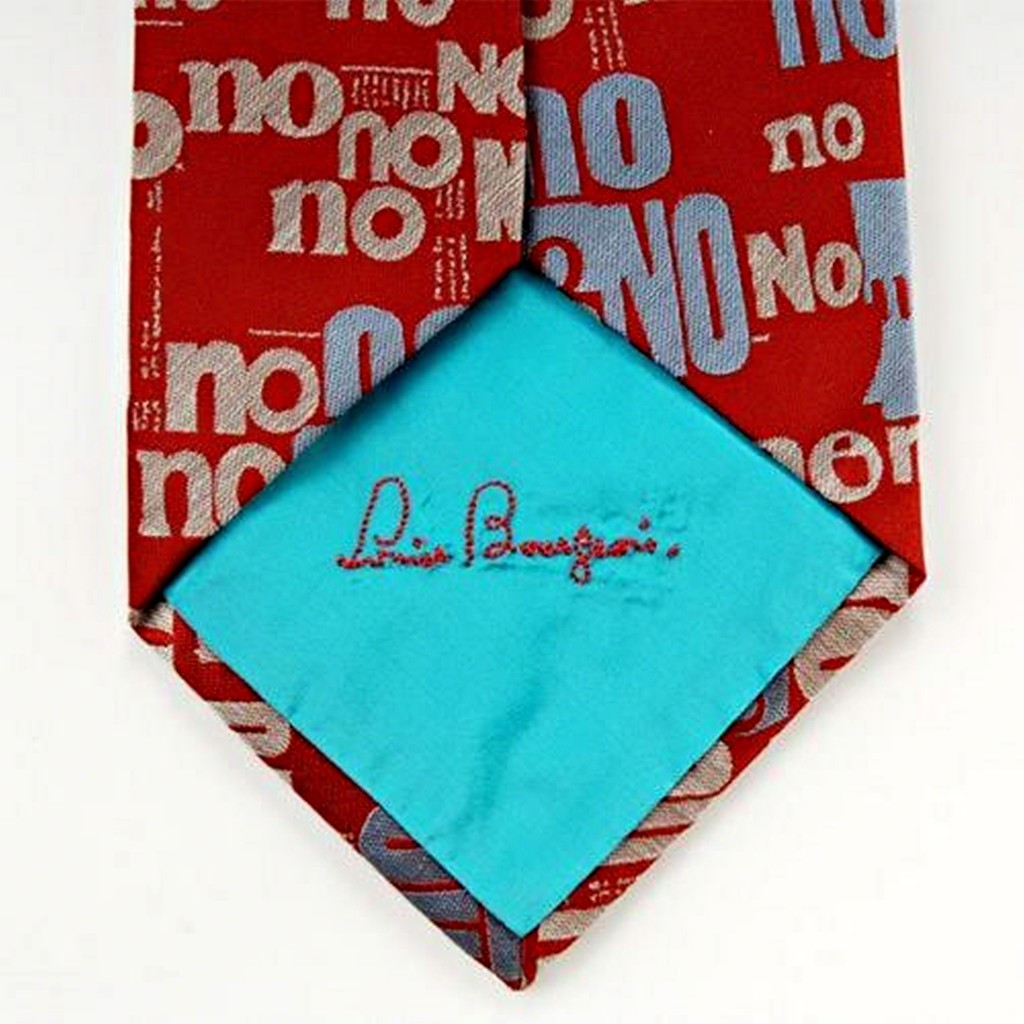 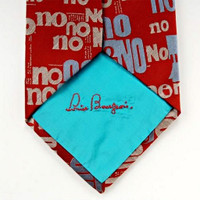 This 100% silk tie is embroidery signed 'Louise Bourgeois' on the back. Limited edition of 300. (Numbered on accompanying certificate.) Made in Italy. Excellent condition. No (1)" was created by Louise Bourgeois as her contribution to "Cultural Ties", a series of artist-designed neckties benefiting UNICEF. Bourgeois's necktie design reproduces "No (1)" in red and blue, with the artist's signature embroidered in red thread on the inner lining.

Artist Statement
Louise Bourgeois: "Looking at the word 'no' repeated again and again, Bourgeois said, 'This is the desire to be clear... it is an attempt... it is a wish. I want to say 'no,' but I am a pushover. Obedience is the big word... sometimes I obey, but I am never convinced. I go through the motions because I have been taught to be obedient... but behind this, I never give in. Never giving in makes it hard to learn to forgive... it does not come naturally.'" History:
During a 1973 strike by employees of The Museum of Modern Art, Bourgeois joined in a protest march, carrying a banner on which she had repeatedly painted the word "no." The banner was executed on the back of an untitled painting from 1946-1947 that is now in the collection of the Rijksmuseum Kröller-Müller in Otterlo, Netherlands. The artist stopped work on this print project in 1973 and took it up again in 1992, when she was approached to make a benefit print for Médecins du Monde (Doctors of the World), a French humanitarian organization. "No" was the inspiration for a number of Louise Bourgeois' projects. "No (1)" was also made into a billboard for The Vienna Secession's series, "Projekt Fassade." Located on the landmark Vienna Secession Building, the series uses the building's often-photographed facade as a platform for critical artistic thought and expression.

Cultural Ties was an exciting and unique fusion of art and fashion. This imaginative global project was the brain child of London art dealer Kapil Jariwala: the brief was for seventy-seven leading artists from around the world to design neck tie mock-ups which were translated into textile format by Como, Italy's Ratti silk factory. A limited edition, only 300 of each tie, were produced and sold worldwide via selected retail outlets, gallery shops and the internet. The project, in association with UNICEF, was supported by Gavin Aldred, owner of the Westzonegalleryspace, where the artwork for the project was exhibited, and Westzone Publishing Ltd. Cultural Ties was organized by the London art dealer Kapil Jariwala to benefit UNICEF's clean water program. Other artists who participated in the series include Peter Blake, Alex Katz, and Yayoi Kusama.

"Art and fashion have come together for Cultural Ties, a project that aims to raise $1m (about pounds 700,000) for Unicef's clean-water campaign. Artists such as the Chapman Brothers, Jeff Koons and Louise Bourgeois have each come up with a unique design for a necktie, and these have been produced in a limited-edition of 300 by Versace's tie-maker. This wearable art will go on display at London's Jariwala Westzone gallery and via www.culturalties.com. The pounds 250 price tag might not be cheap, but it's for a good cause."
-- Independent, The (London), November 12, 2000

Signature: Embroidery signed 'Louise Bourgeois", accompanied by a Certificate stating the number, from the limited edition of 300 (no box)

Literature: The Independent, London & other publications 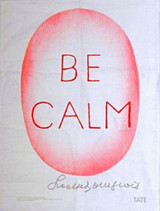 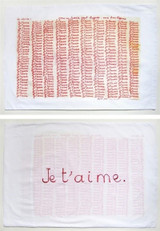 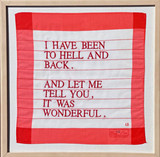 Louise Bourgeois, I Have Been to Hell and Back, 2007

Louise Bourgeois, Art is A Guaranty of Sanity , 2007