USD
Home / Paintings & Drawings / KEITH HARING Letter to an Aspiring Young Artist: "BELIEVE IN IT...DON'T DO IT FOR ANYONE ELSE..." ca. 1987 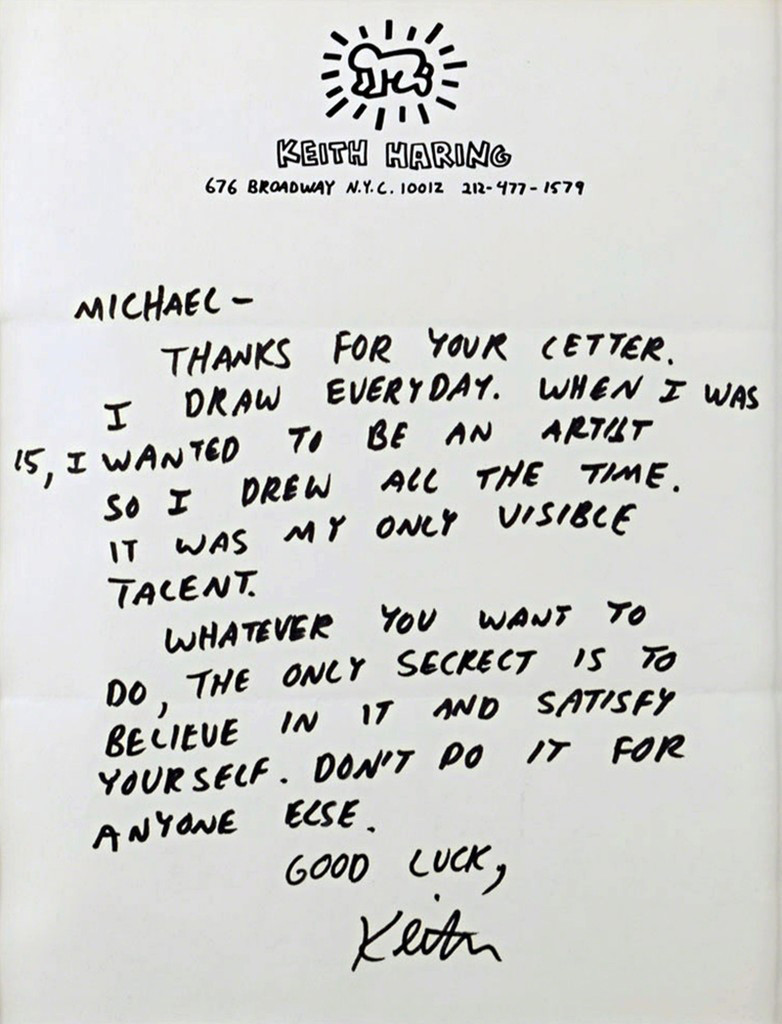 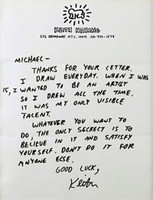 This is one of the best, most desirable and important letters on his embossed letterhead in his own hand by Keith Haring. We must remind our beloved collectors, especially the young generation, that Keith Haring died in 1989 of AIDS at the very young age of 31.  There aren't that many letters out there from him - and certainly none this profound. Put simply: it's one of the best Haring letters we've ever seen anywhere. The last time this letter appeared on the public market was back in 2010 - and it made quite a splash then. It is hand written and hand signed on Haring's personal letterhead, and reads as follows:

Thanks for your letter. I draw everyday. When I was 15, I wanted to be an artist so I drew all the time. It was my only visible talent.

Whatever you do, the only secrect is to believe in it and satisfy yourself. Don't do it for anyone else.

Note that Haring has misspelled the word "secret".  (not uncommon by the way for many art students who bypass academics and focus solely on studio art.)

When this amazing, historic Haring letter first came to market in 2010, it was celebrated in various articles and blogs. For example click HERE to read one of the articles.

We should also note that many fans posted this letter on Pinterest, but inaccurately and, frankly, absurdly, believed the recipient of this letter, Michael, to be Jean-Michel Basquiat. Of course it is not. Basquiat was a contemporary and friend of Harings - only two years his junior. This letter was written to a teenager - an aspiring artist named Michael, who wrote letters to Haring, to which Haring replied, becoming a mentor to this young fan. That is part of the charm and great value of this letter.

Sometimes, we at Alpha 137 must dutifully remind our beloved collectors, even (or rather especially) the most sophisticated buyers, that art works or words of wisdom addressed to ordinary people having a special relationship with the artist can be far more valuable and important than correspondence or collaboration between one celebrity careerist and another. Not to belittle those relationships, but they're often not at all what you think or what the market wishes you to believe. This priceless letter, in which Haring offers heartfelt advice to his teenage protege, recalling how he himself was at that age -  is one of those instances. What makes this letter so timeless and poignant is how Haring shares his motivations and passion for art with his correspondent - writing that he draws every day and knew he wanted to be an artist at age 15.  The "secret" is to believe in it, do it for oneself ("satisfy yourself" as Haring writes) - and don't do it for anyone else. These heartfelt truths, though written so simply, capture the essence of the artist. They are timeless - and priceless - words.

Signed by the artist in ink at the bottom of the letter. 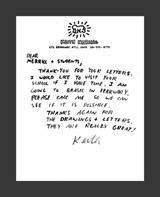 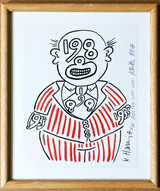 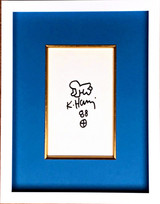 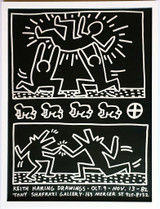 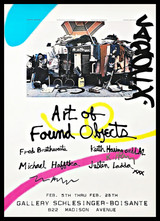