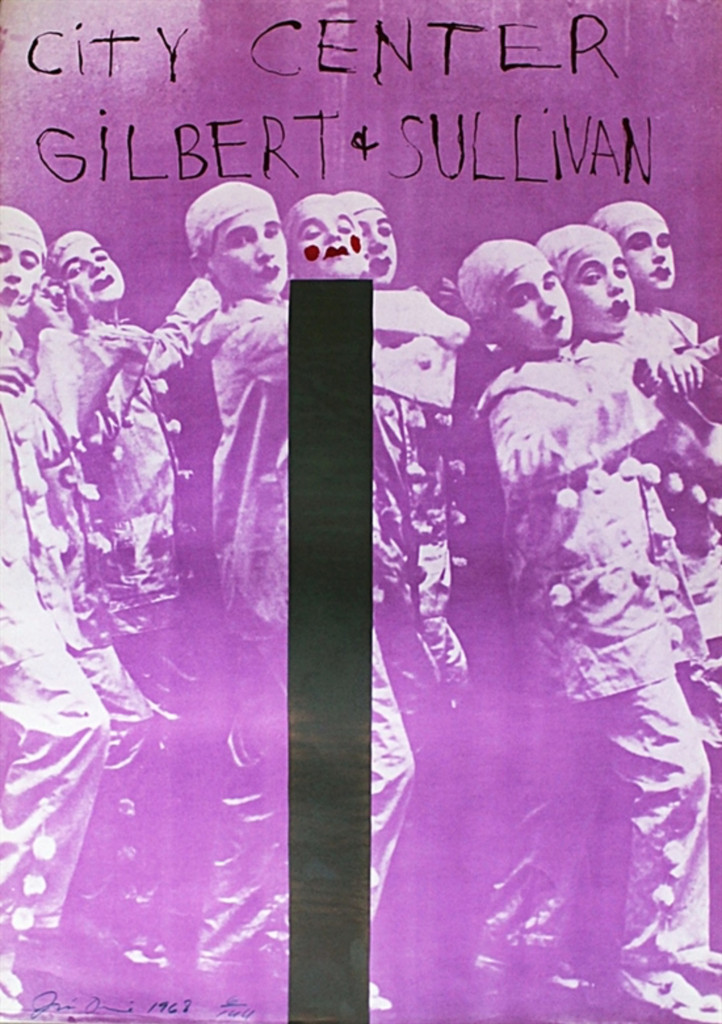 Signed and numbered 6/144 on the front

This rare, richly-colored screenprint was created by Jim Dine as part of the New York City Center of Music and Drama portfolio which raised funds for City Center. This work is titled Gilbert & Sullivan, an homage to the famous duo of opera composers. The City Center was New York’s first cultural center of theatres, and ballet, opera and drama companies. Artists who were commissioned to create works for this important portfolio include Richard Anuszkiewicz, Robert Indiana, Gerald Laing, Lowell Nesbitt, George Segal and Jack Youngerman. This work was acquired as part of a complete portfolio, with an introduction by Mayor John Lindsay. Legendary Metropolitan Museum curator Henry Geldzahler wrote the Introduction to the portfolio, writing that American art "has become sure of itself (some might say cocky) for the first time in this century, with the consequent attributes of clarity, powerful design and the immediate recognizability of a multitude of personal styles."

Regarding the present work, Geldzahler wrote, “Jim Dine moves us simply and directly with his City Center Gilbert and Sullivan print. The photograph is exquisitely chosen, the metallic bar which bisects the photograph and establishes the plane transposes the photo and draw it forward, and finally the eccentric lettering and exaggerated rouge and lipstick convey exactly the amusement and heartbreak of Gilbert and Sullivan at their best." Jim Dine himself described the piece as follows, "I have spent the past year living and working in London, England. The tradition of Gilbert & Sullivan is very much alive here. It shows itself in the satire of the post ‘Beyond the Fringe’ era in the cabaret era of TV. I have used the anonymous photo fragment of a group of child clowns from some forgotten music hall routine as the overall image and colored it mauve as that seemed to fit the non-literal image of G & S in 1968. The forced naivete of the informal typography is about the way I feel about the G & S lyrics." 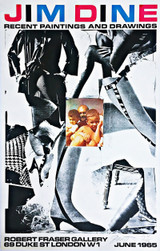 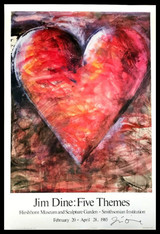 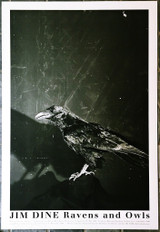 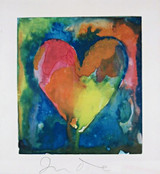 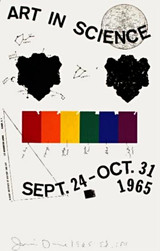