Home / Prints and Multiples / Damien Hirst, NO NEWS TODAY*, 2008. [Hand Signed by both Hirst and Bono] 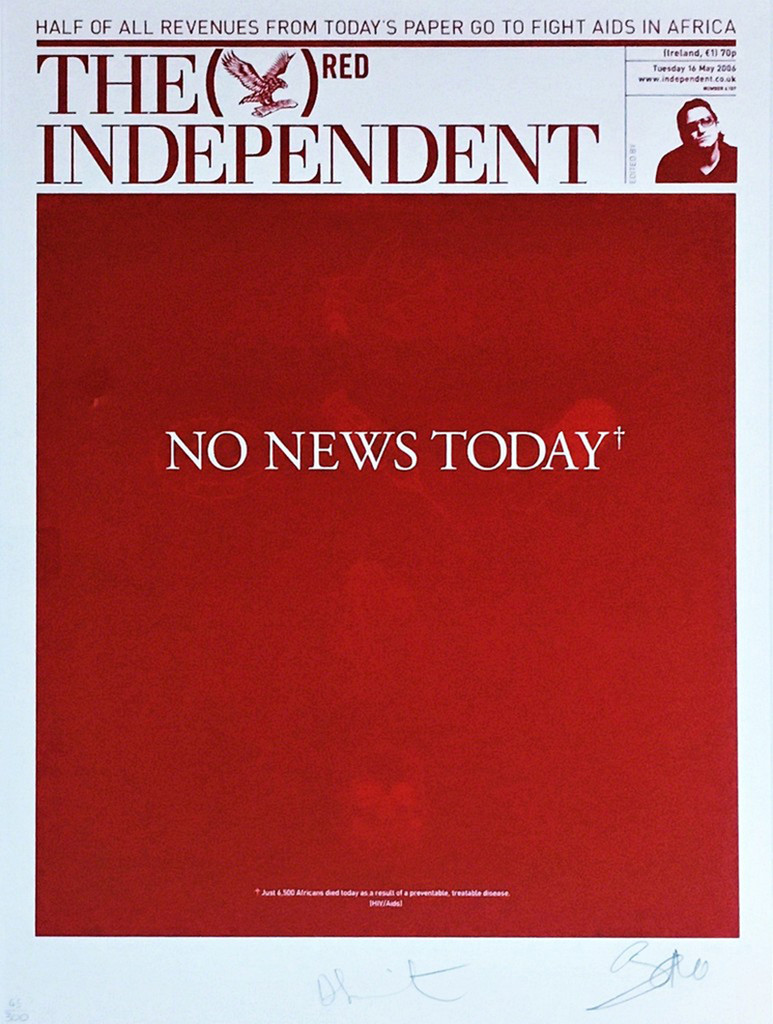 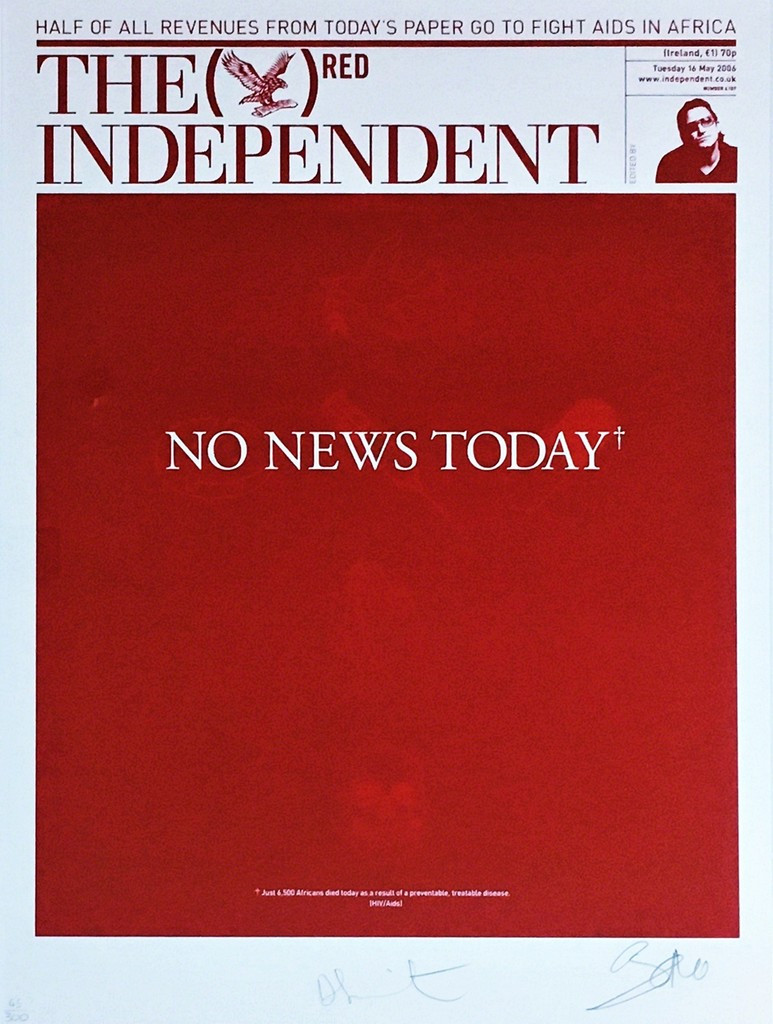 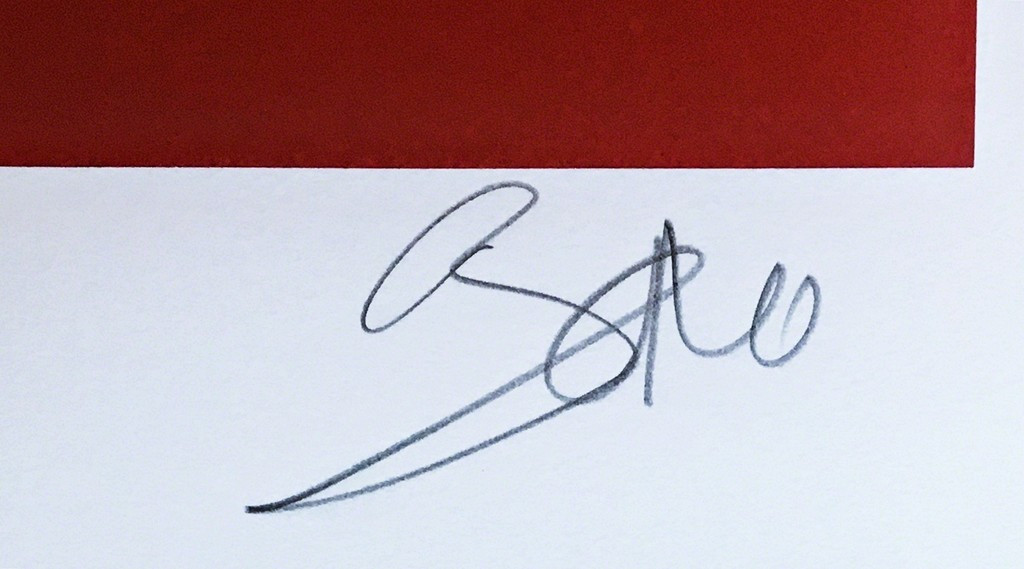 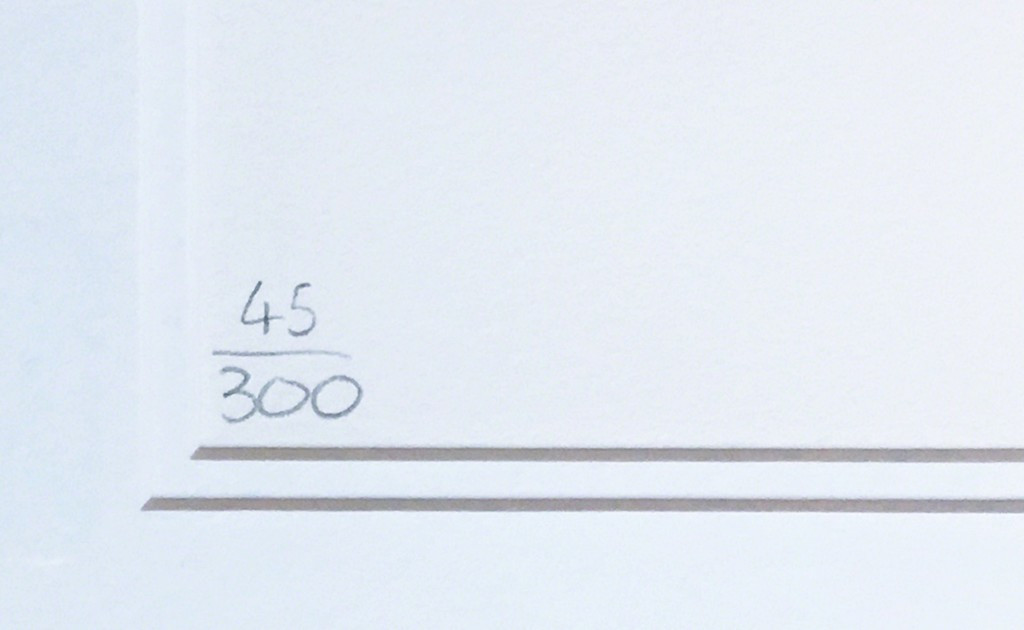 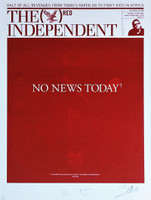 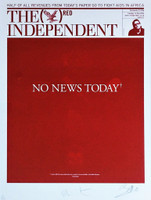 *.."Just 6,500 Africans died today as a result of a preventable, treatable disease."

NO NEWS TODAY* [Hand signed by BOTH Damien Hirst and Bono], 2008

Historic limited edition UK print with profound social commentary; extremely rare stateside. This color silkscreen is the result of a one-off collaboration between British art superstar Damien Hirst and rock and roll legend Bono of U2. Published on the occasion of World Aids Day, 1st December 2007, and signed in 2008, this print is a large silkscreened edition of the front page of The Independent newspaper from 16th May 2006, as designed by Damien Hirst while Bono was guest editor for the landmark (RED) edition. It is hand signed by BOTH artists. This silkscreen newspaper promised in bold text at the top of the cover to donate half of all revenues from sales of the paper to fight AIDS in Africa, and proceeds were also allocated to this charitable endeavor. The print was distributed by the Independent newspaper, and sold out immediately. It was initially offered exclusively to subscribers. Here's how the work was first promoted in the Independent itself, back in 2007, prior to public release:

"...It was one of the most striking front pages in recent memory. Blood red on the newsstands, the 16 May 2006 edition of The Independent boldly proclaimed that there was "No News Today". But those compelled to look a little closer discovered a chilling footnote: "Just 6,500 Africans died today as a result of a preventable, treatable disease." This stark subversion of the newspaper format was the creation of Damien Hirst, whose macabre artistic meditations on death have earned him the title of king of the British contemporary art world. Now readers of The Independent have the chance to own the original newspaper artwork created by Hirst. Featuring his trademark skulls and pharmaceuticals as well as a more hopeful and peaceful images of a dove and a pair of hands clasped in prayer, the print is signed by the artist and by Bono, the editor of the landmark (RED) edition..."

Unfortunately, there’s another unhappy footnote to add to this story: The Independent Newspaper went bankrupt, and the last printed edition of The Independent was published on Saturday 26 March 2016 - making the present work even more poignant and memorable. Thus, more than a decade on, the phrase "NO NEWS TODAY", which served as the contemporaneous cover headline of the actual paper - is, in retrospect, eerily prescient and doubly ironic.
Unframed.

Hand signed by BOTH Damien Hirst and Bono on lower recto (front). 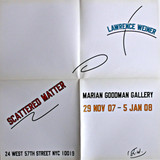 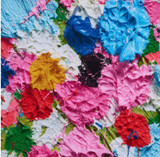