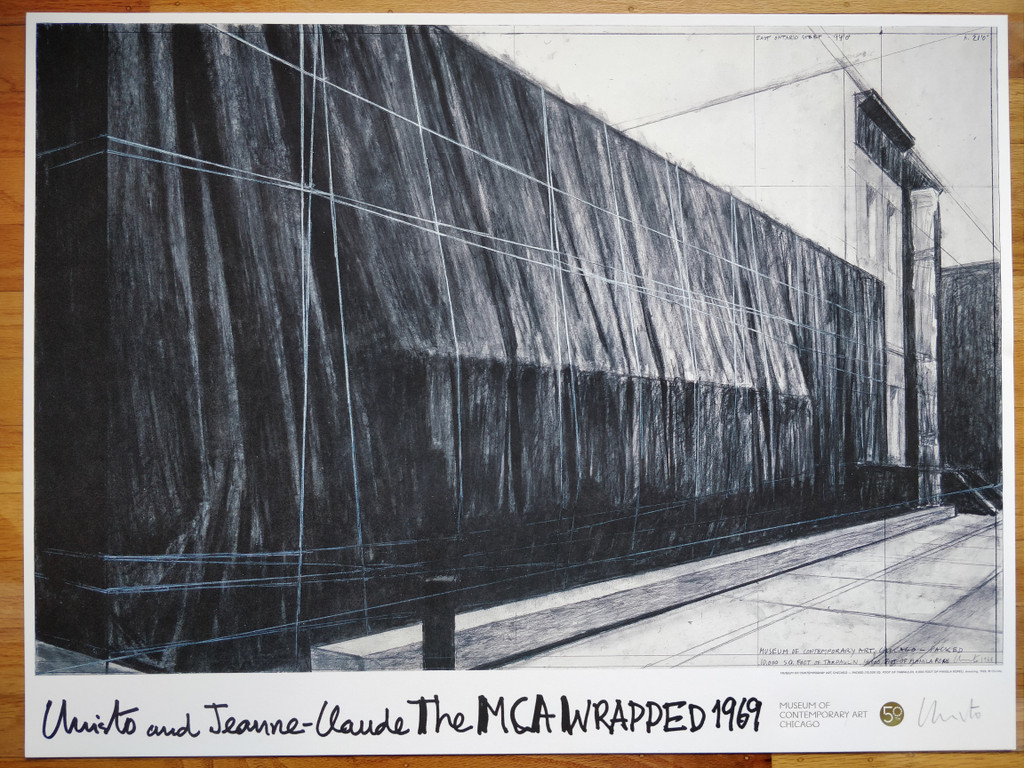 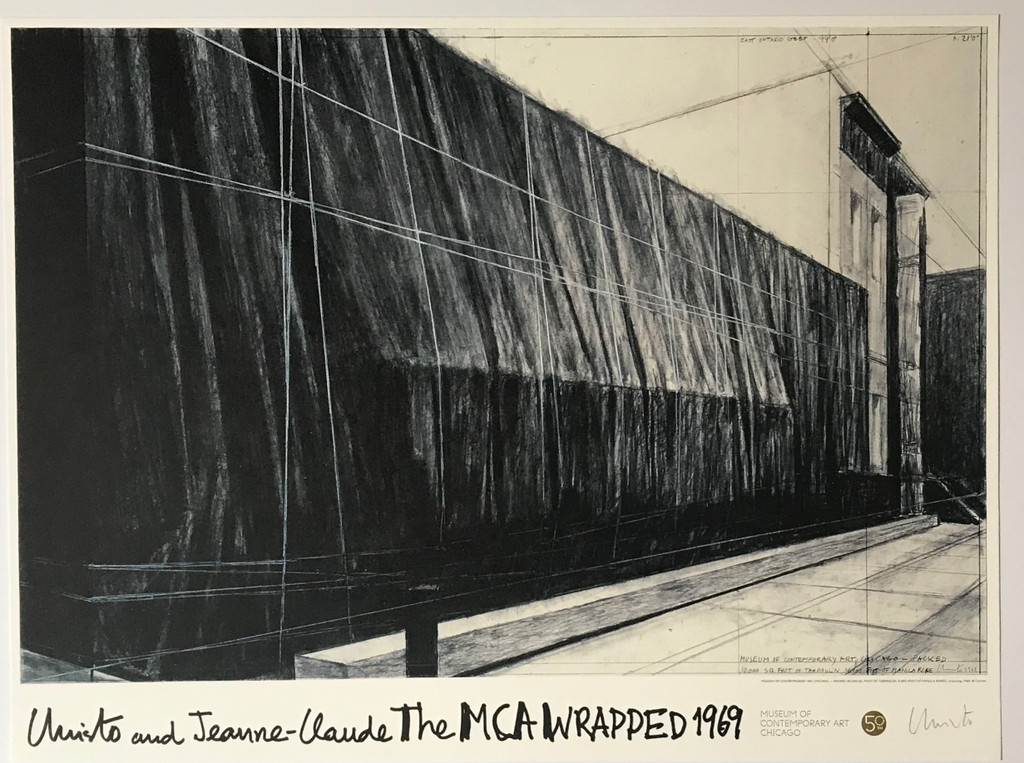 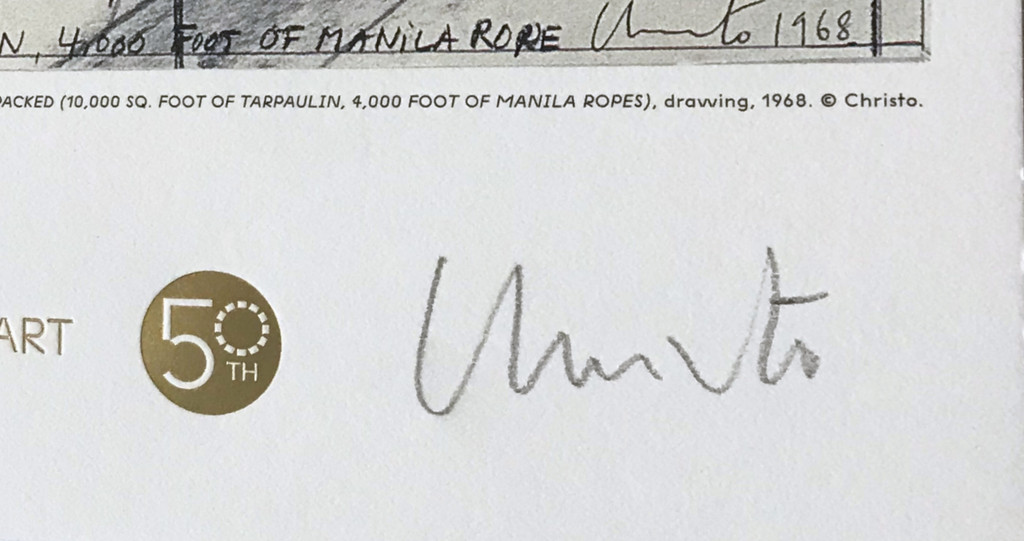 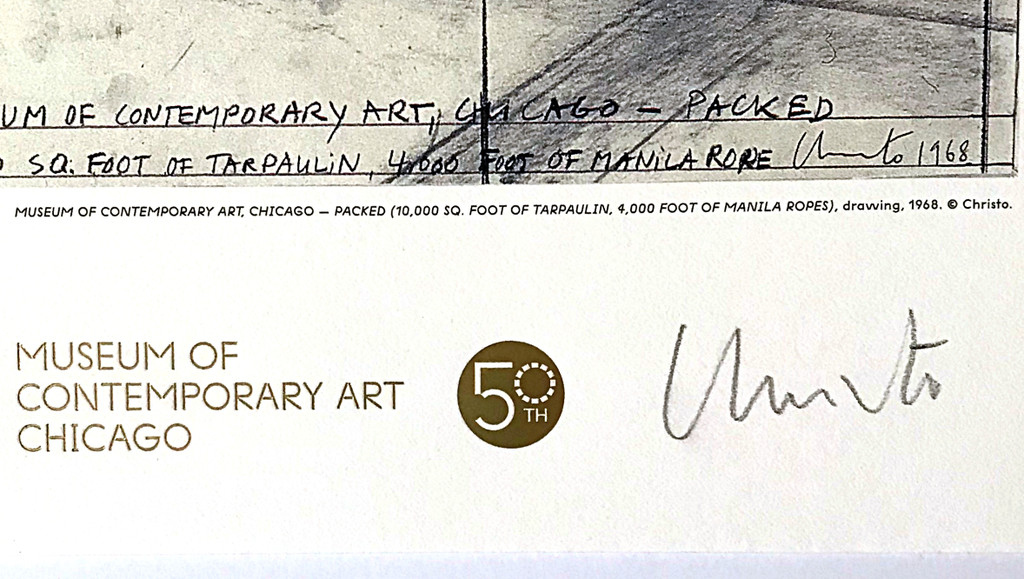 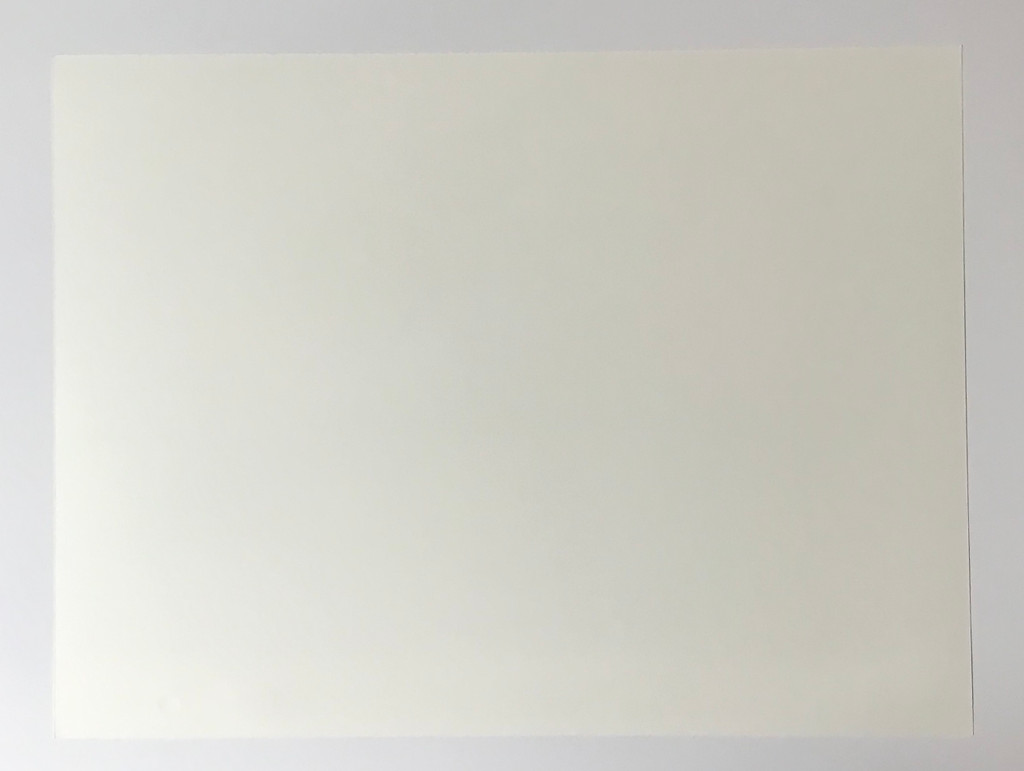 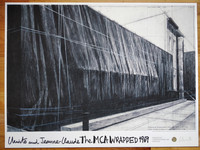 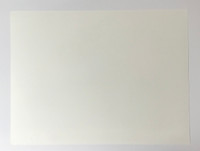 This limited-edition, hand signed offset lithograph on 110 lb. Crane Lettra Cover stock commemorates Christo's exhibition "Wrap In Wrap Out", which took place at the MCA’s original location on 237 East Ontario Street, Chicago. The project became the first public building Christo and his wife, Jeanne-Claude, wrapped in the United States. In an illuminating 2010 article entitled, "A daring plan to wrap a Chicago museum raises city ire – and makes art history," author Robin Amer recounts how Christo came to choose Chicago -- or rather how Chicago chose New York based artist Christo: "During a recent conversation he [Christo] ticked off the list of buildings he approached in downtown Manhattan starting in 1961. “Number 2 Broadway, number 20 Exchange Place,” he recalled. “We tried to wrap a building at Times Square. They all said no. Christo said he quickly realized that his best hope to wrap a building – his first in North America – would be to wrap a museum, which might be more amenable to his strange proposition.Christo and Jeanne-Claude approached New York’s Museum of Modern Art in 1967. The museum was interested, but Christo said they failed to secure permission for the show from the New York Fire Department or from the museum’s insurance company. So New York said no, but Chicago said yes. It was a fateful decision." The author goes on to describe a comical cat and mouse game the Museum's first director a hip young Dutchman named Jan van der Marck, and his protege, David Katzive, the MCA’s first curator, played with the city's fire commissioner and his team of inspectors. Needless to say, the show was a resounding success - and it paved the way for Christo and his wife Jeanne Claude to wrap buildings around the country - leading to their legendary "The Gates" project in New York City. As Amer notes, "The MCA coming aboard showed Chicago could be on the leading edge, too." Christo said Chicago was crucial in his own artistic evolution, giving him the credibility to wrap bigger buildings, like the German parliament in 1995."
As it turned out Wrap In Wrap Out was the last major public project Christo and his wife would complete in Chicago. 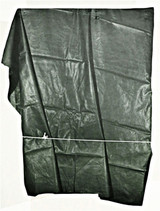 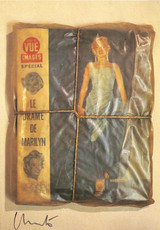 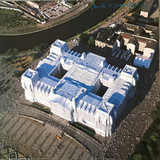