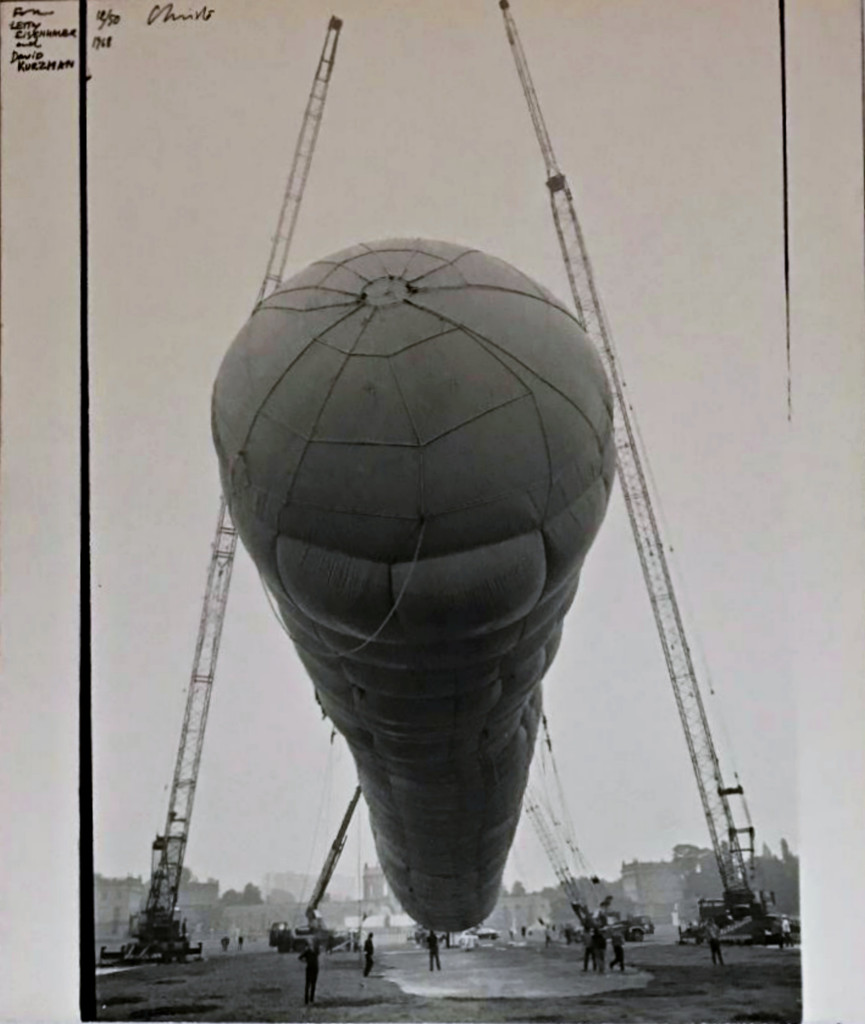 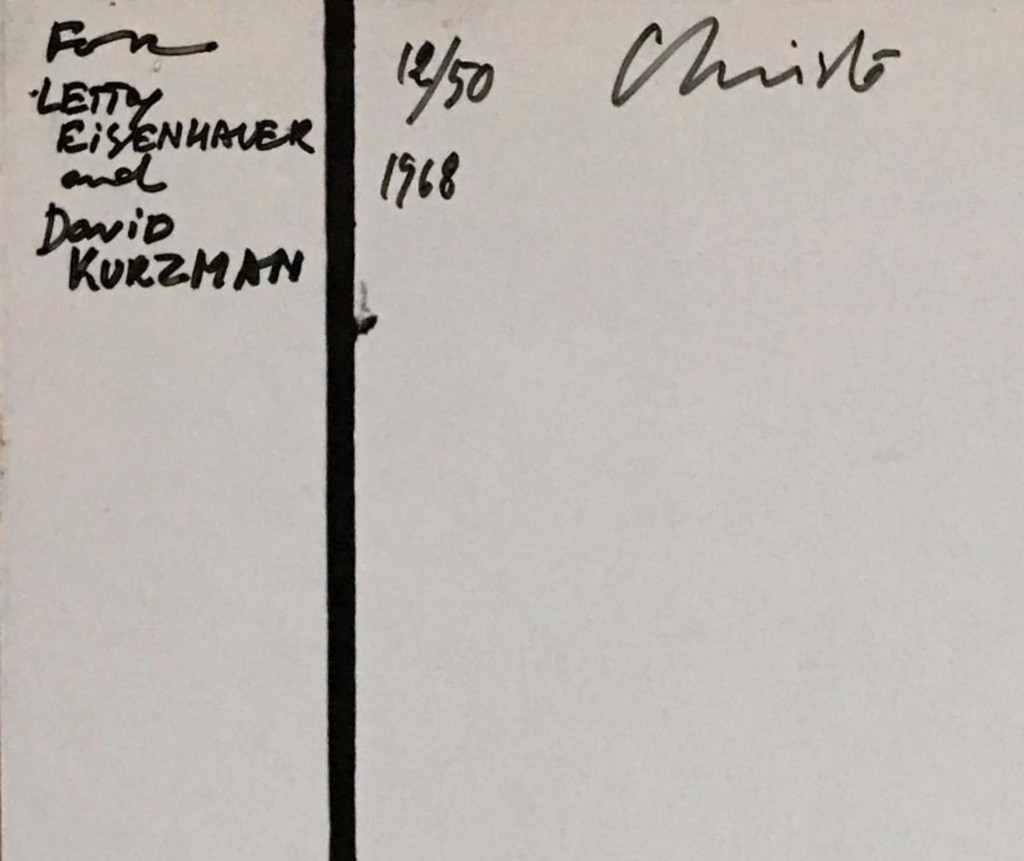 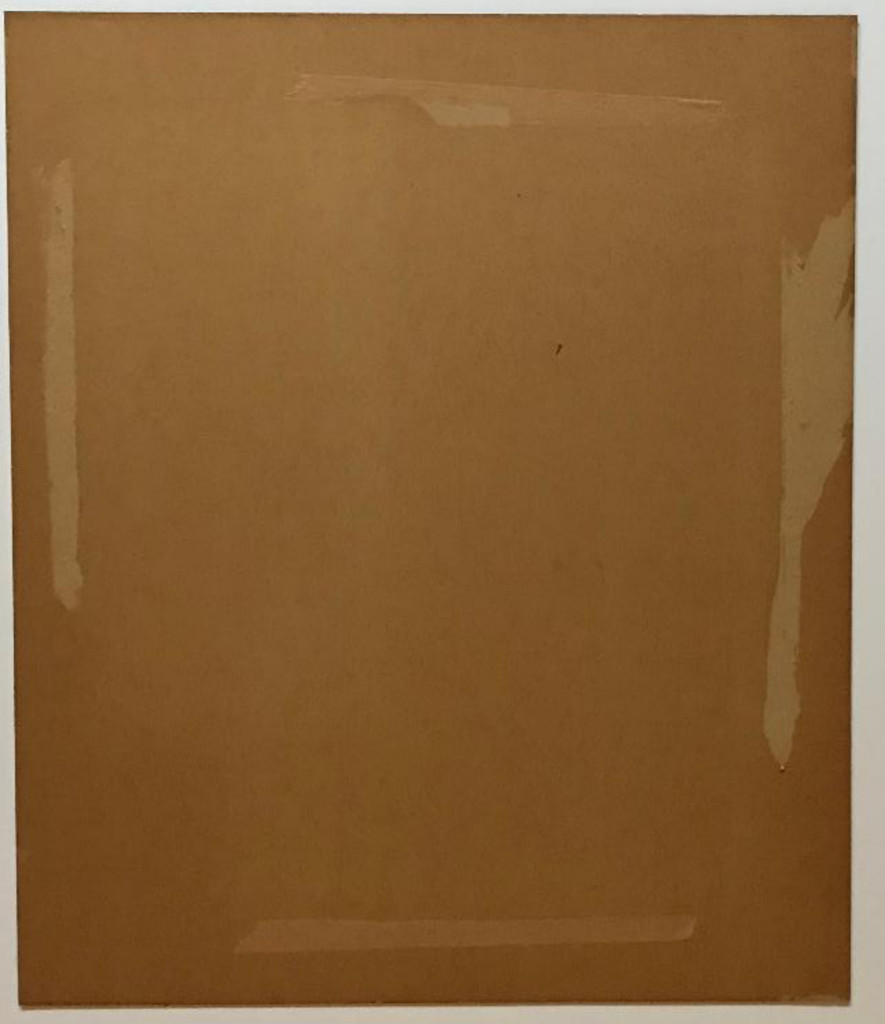 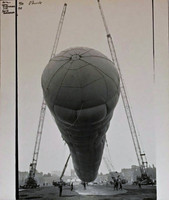 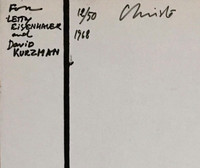 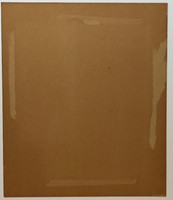 Gelatin silver print. Hand signed and numbered, and inscribed by Christo to Letty Eisenhauer and David Kurzman
23 3/5 × 19 7/10 in
Edition of 50
This very rare, signed and uniquely inscribed gelatin silver print was a wedding gift from Christo to pioneering performance artist Letty Lou Eisenhauer (Roy Lichtenstein's former girlfriend) and David L. Kurzman, the man she eventually married. It has special significance as it is personally inscribed by Christo "For Letty Eisenhauer and David Kurzman." The work depicts Christo's 1968 Project for Documenta Kassel, the "largest ever inflated structure without a skeleton. After three unsuccessful attempts, it was erected on August 3, 1968, with the assistance of five cranes, two of which were 230 feet (70 meters) high and weighed 200 tons each." According to Wiki: "Letty Lou was an American visual and performance artist known for her free-spirited Fluxus performances during the 1960s. Eisenhauer was an undergraduate at Douglass College from 1953-1957 and was a graduate student and department secretary in the M.F.A. program from 1961 to 1962. She studied art primarily with Robert Watts. She befriended Geoff Hendricks and Roy Lichtenstein, both of whom were teaching art at Douglass College at the time. Eisenhauer dated Lichtenstein for 10 years in the 1960s. Watts introduced her to Allan Kaprow, who persuaded her to perform in his Spring Happening, her first performance. She continued to perform in Happenings throughout the 1960s, often appearing nude or scantily clad. She simultaneously pursued a career in the visual arts, exhibiting sculptures, prints, and paintings, many of which were informed by a Pop sensibility..."
Catalogue Raisonne Reference: Schelmann/Benecke
Condition
Good vintage condition; minor wear to corners which will frame out fine. the work has been removed from its original 1960s frame; unframed.
Signature
Hand-signed by artist, Boldly signed, dated, numbered and inscribed in black marker by Christo to Letty Eisenhauer and David Kurzman. 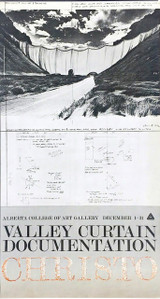 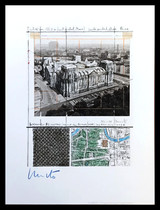 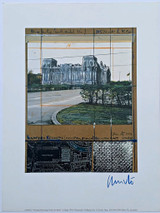 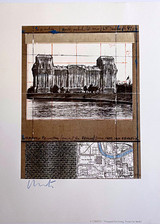