USD
Home / Prints and Multiples / Christo and Jeanne-Claude, The Gates (Hand Signed) from the collection of Jeanne-Claude's former assistant, 2005 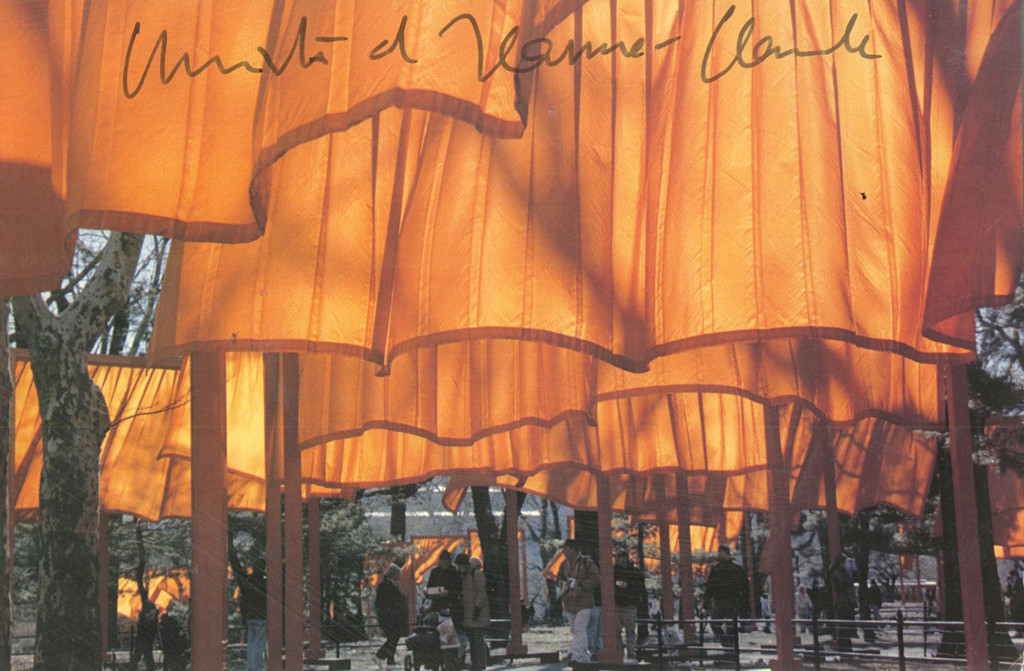 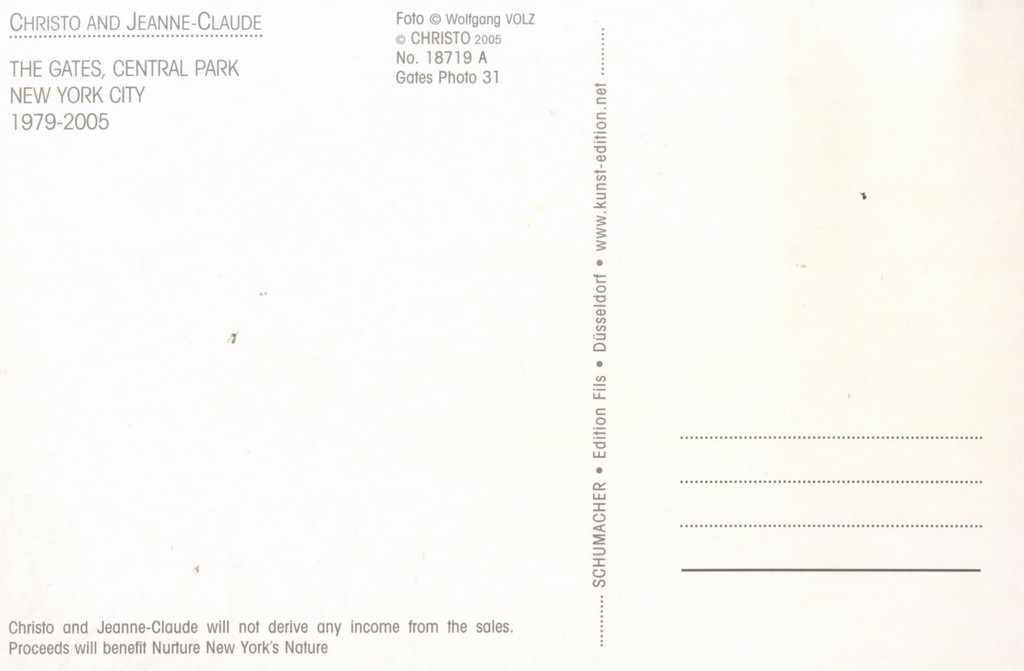 Christo and Jeanne-Claude, The Gates (Hand Signed) from the collection of Jeanne-Claude's former assistant, 2005

This 2005 postcard of the Gates, hand signed Christo et Jeanne-Claude, was acquired directly from Jeanne-Claude's former assistant and book collaborator. Christo's "The Gates", 26 years in the making, and installed in Central Park in 2005 was a brilliant move by the Bloomberg administration to revitalize the morale and the economy of a city that had been devastated by the September 11th 2001 terrorist attacks.
Description of "The Gates" project from the Bloomberg CityLab:
"...On February 12, 2005, Christo and Jeanne-Claude debuted The Gates, a spectacle the likes of which New York had never seen. Over 23 miles of walking paths through Central Park, the artists erected 7,503 gates, each one supporting a fabric flag suspended like a curtain. The gates were each 16 feet tall, giving the project the feeling of major infrastructure. Painted in public-works-department orange, the gates were unmistakably civic in nature.
The artists said that they drew some inspiration for The Gates from the torii gates that line the way to the Fushimi Inari Shrine in Kyoto and other Shinto shrines in Japan. People purchase those gates as an offering for prosperity. The Gates certainly did the job for New York. The installation drew millions of visitors to the city and generated an estimated $254 million for the local economy. That’s orders of magnitude more than the highest estimate of its cost: $21 million, which paid for 5,000 tons of steel, 1 million square feet of fabric, and thousands of hours of labor from workers. The Gates was a coup for New York. The artists’ sweeping gesture came at a time when the city was still reeling from the attacks of September 11, 2001. The Gates was less an act of healing than an expression of resolve. New Yorkers came together for a public demonstration whose meaning was wide open (and the topic of every conversation). In an era before Instagram or smartphones, it was a live civic spectacle, proof that a vision could serve as a beacon to the public commons. On brisk winter days, the gates fluttered like flags. People rallied around them. Witnessing the gates as a visitor felt peaceful — even underwhelming. It was supposed to be.."

Christo and Jeanne-Claude, The Umbrellas Japan-USA (Hand Signed) from the private collection of Jeanne-Claude's former assistant, 1991 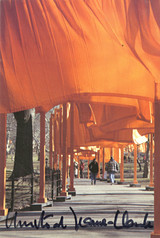 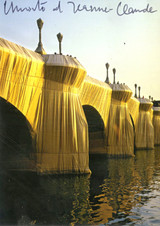