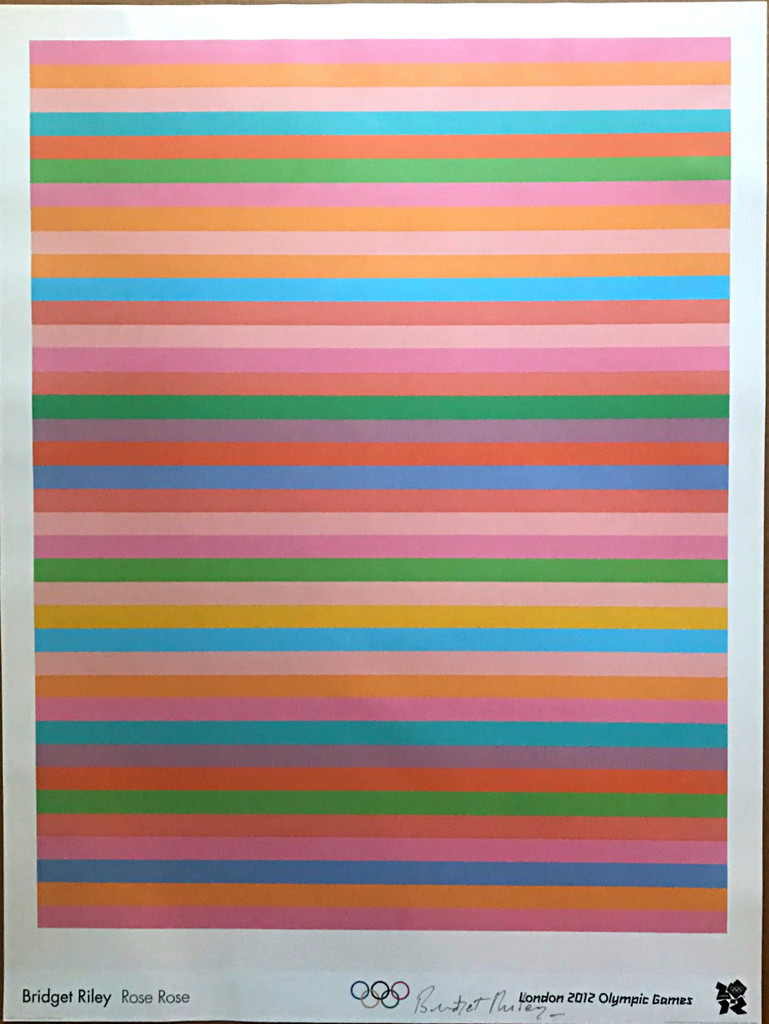 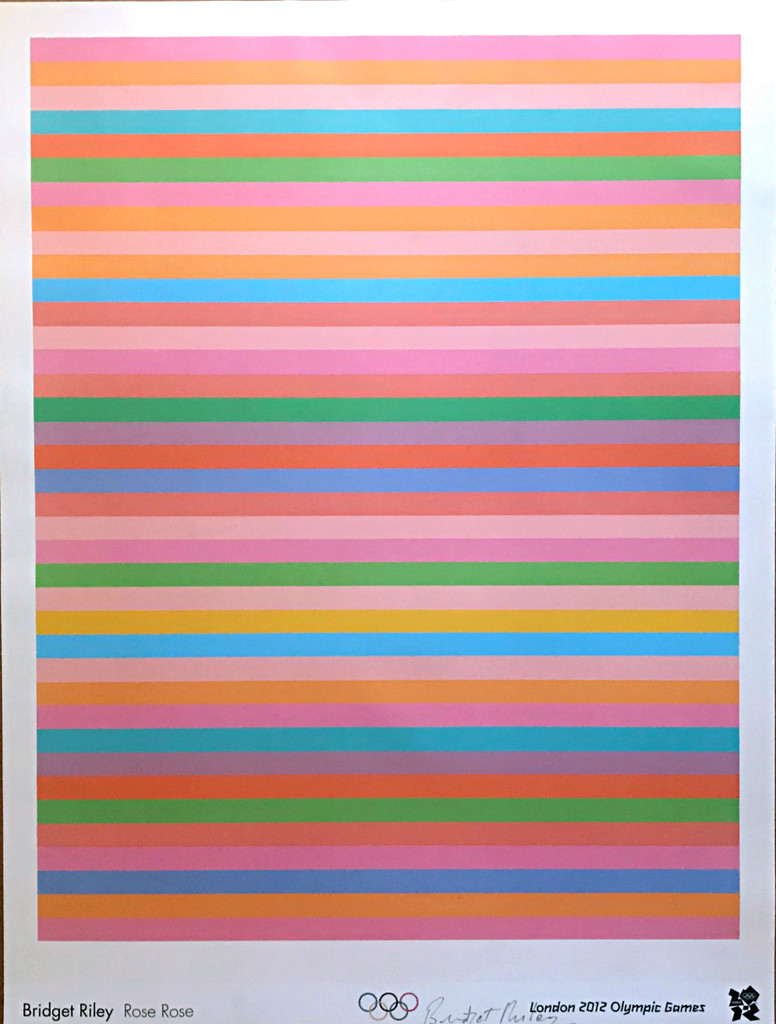 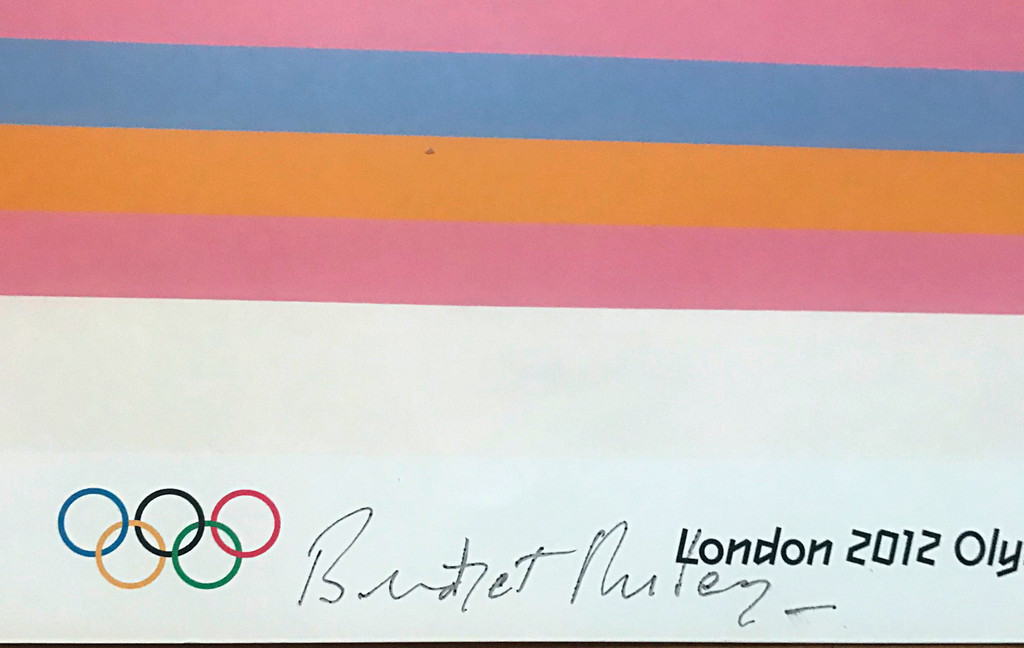 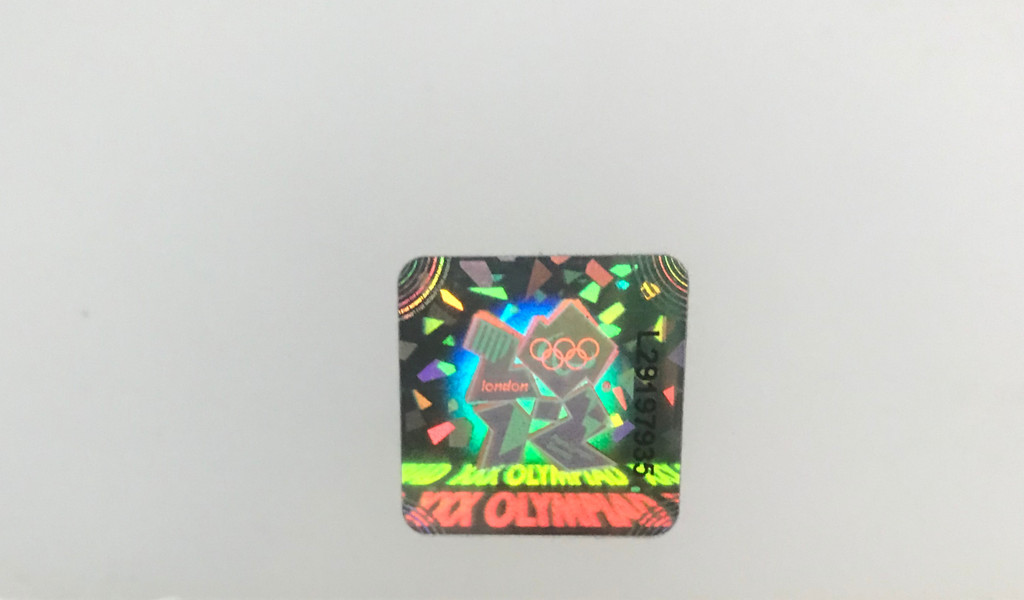 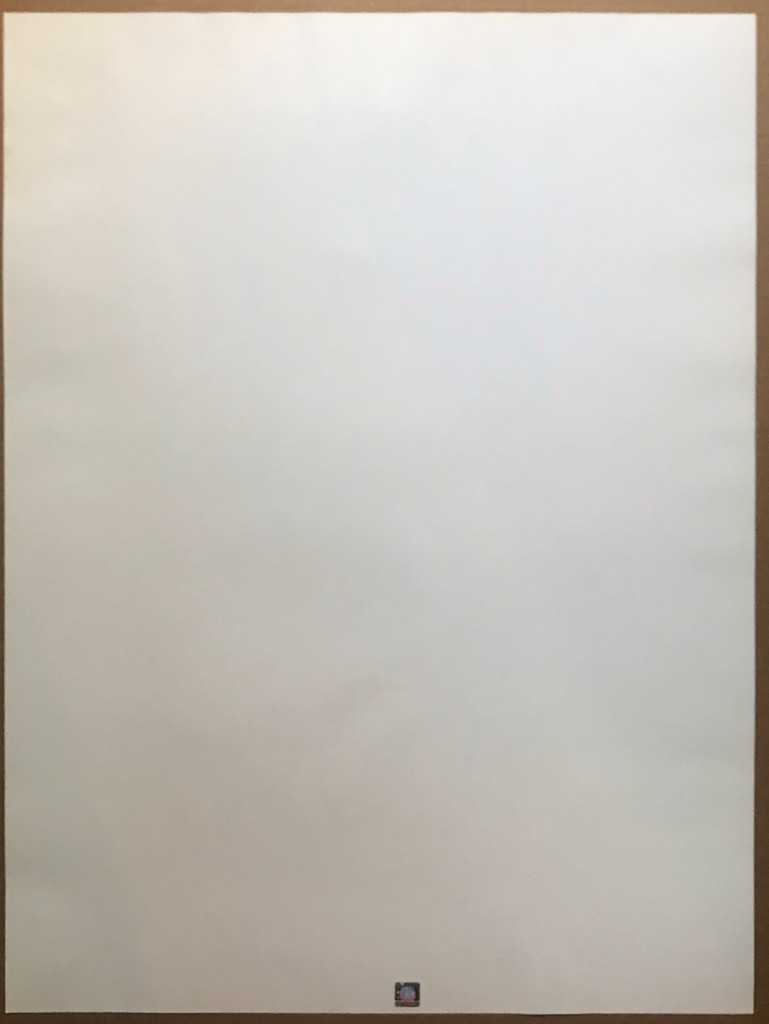 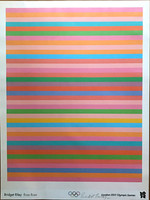 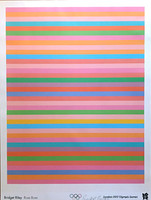 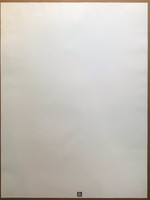 Extremely rare when hand signed; this is one of only a few that were hand signed. This 2011 offset lithograph poster of Bridget Riley's "Rose Rose" commissioned by the Olympic Committee and published to celebrate the 2012 Olympics: "For her Olympic print, Riley has arranged colours in horizontal stripes, indicating the direction of athletic tracks or swimming lanes. The relationships between the colours create a sensation of movement capturing the energy of sport and the Olympic Games.”

Most readily indicative of her later career, “Rose Rose” shifts from a monochromatic palette of black and white to ingenious color combinations while remaining true to the elementary shapes and curves that define her methodology and practice. These combinations activate her canvas, though while minimal, are replete with a dynamic form and energy. The poster itself is now a collectors item. It is unframed, in fine condition, and boldly signed in black marker by Bridget Riley. The back of the sheet bears the Olympic hologram (see photo), as proof of authenticity.

Boldly signed by Bridget Riley in black marker. Only 50 hand signed. Also bears the Olympic hologram on the verso of the sheet as additional provenance. 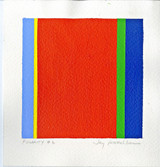