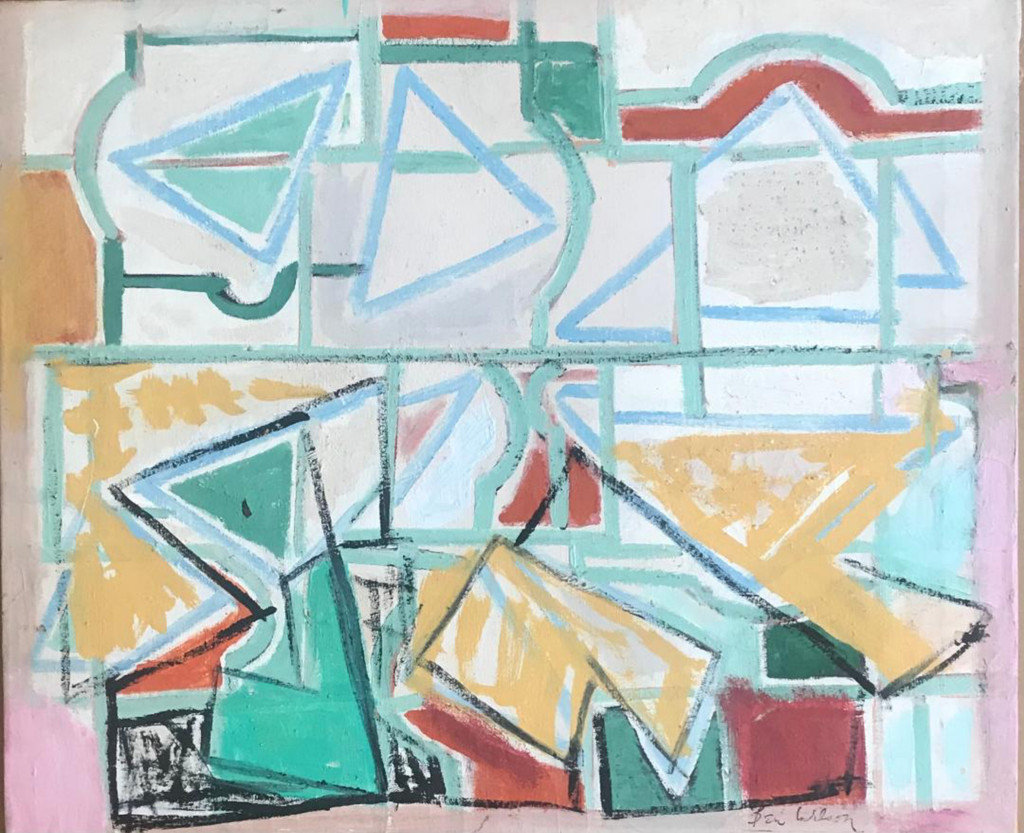 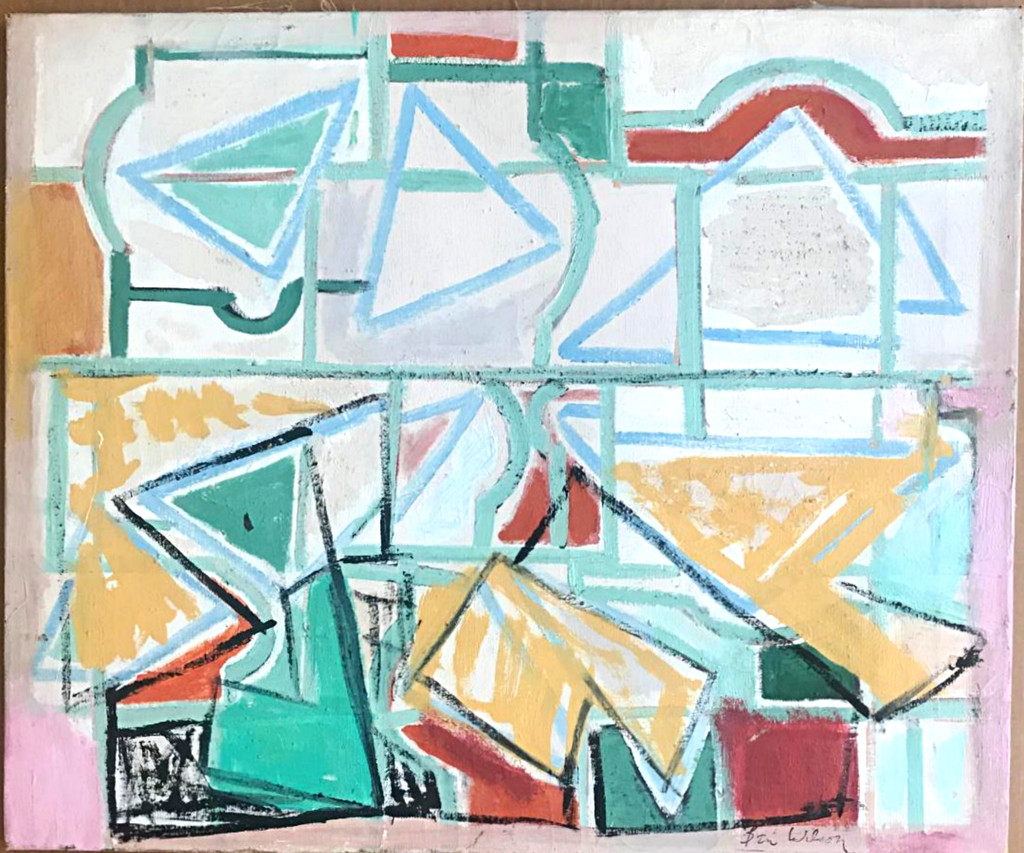 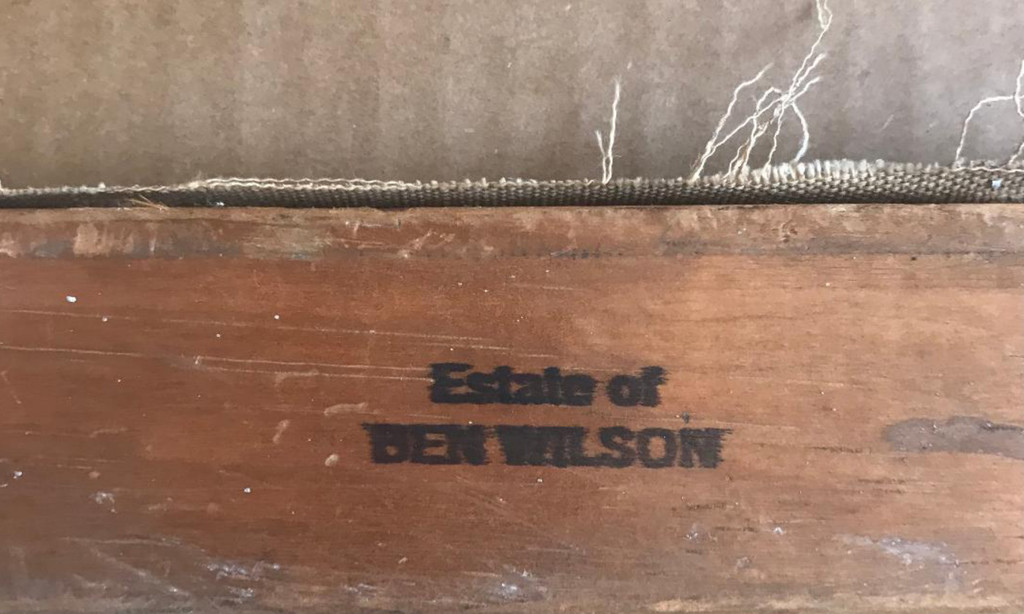 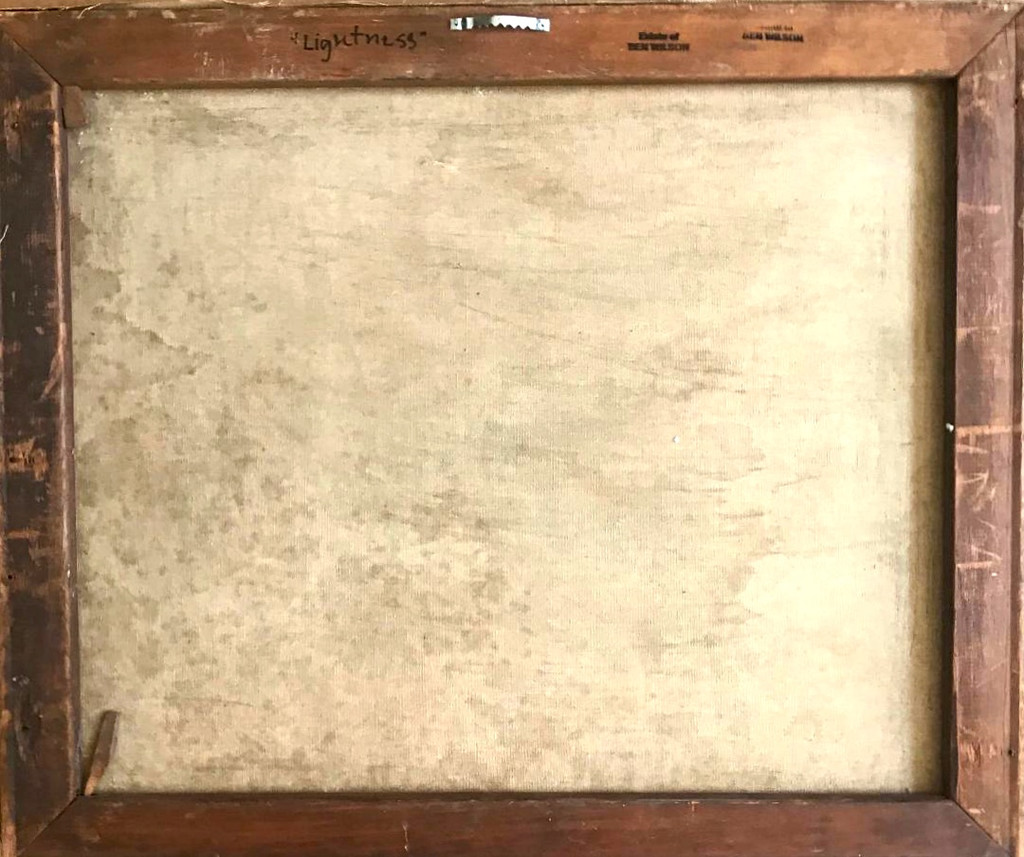 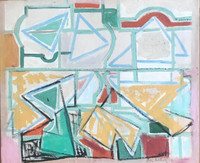 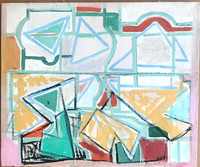 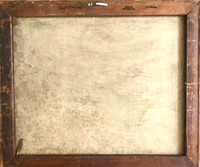 Oil on Board painting

Hand signed by the artist on the front

Bears Artists Estate Stamp on the back

Hand signed by the artist on the front and stamped by the artist's estate on the back. Acquired from the Estate of Ben Wilson.
This poignant painting is done by the second generation Abstract Expressionist artist Ben Wilson - one of the youngest artists to be given a show at prestigious ACA Gallery in 1940.
Ben Wilson was born in Philadelphia in 1913 to Jewish parents who had emigrated from Kiev and settled in New York City. He was educated in Manhattan public schools and graduated from City College in 1935. To gain exposure to a wider range of styles, he also studied at the National Academy of Design and at the Educational Alliance.
Admired by critics throughout his long career, Wilson was singled out as a “discovery” by the New York Times art critic Edward Alden Jewel even before his first one-man show at the Galerie Neuf in 1946. His paintings of the ’30s and ’40s were expressionistically rendered, often Biblical parables, filled with what he called “the grief of the intolerable” and reflecting an acute awareness of the agony of the time, from the Holocaust to the Spanish Civil War. A WPA artist who identified strongly with the plight of the Jews in Europe, he relentlessly explored themes of war, torment, and futility in his early decades of painting.
When times changed and social pressures subsided, Wilson’s mood lifted. He spent 1952-54 in Paris working at the Academie Julien. During the ’50s his involvement with specific imagery persisted but became more psychological and mythic in orientation. Influenced by Cubism, he created a vocabulary of interlocking shapes and bold, sweeping gestures that served as a transition between his early figurative expressionism and his later abstract constructivist concerns. Towards the end of the decade Wilson reached a crossroads, moving towards abstraction and searching for what he called “a scaffolding under the externals.”
By 1960, influenced by the Russian Constructivists, Mondrian, and Abstract Expressionism, Wilson turned to abstraction. Reexamining the basic elements of painting, he evolved his own personal vocabulary and structure, fusing the cerebral and the emotive. He became increasingly experimental, using house paint, sand, and other unorthodox materials in paintings that he worked from all directions, dripping, spraying, stenciling, and collaging. He employed elements of disjunction, repetitions of geometric motifs, linear networks, and complex overlays to create the transparent, multi-layer development of space that characterizes his later paintings. A consummate draftsman, Wilson filled notebook after notebook with drawings that he amplified in his paintings.
Eschewing popular movements, Wilson was always one to pursue a personal aesthetic. Despite more than 30 one-man shows and 50 years of teaching, he increasingly withdrew from the gallery scene but continued to paint daily until his death at age 88 in 2001 in Blairstown, New Jersey, where he and his sculptor wife Evelyn Wilson lived and worked in their rustic Revolutionary War-era stone house and studio.

Condition: Good vintage condition. Minor loss to the far edges which will frame out. See photos of verso 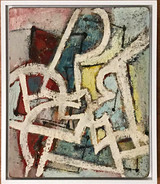 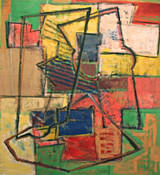 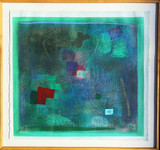