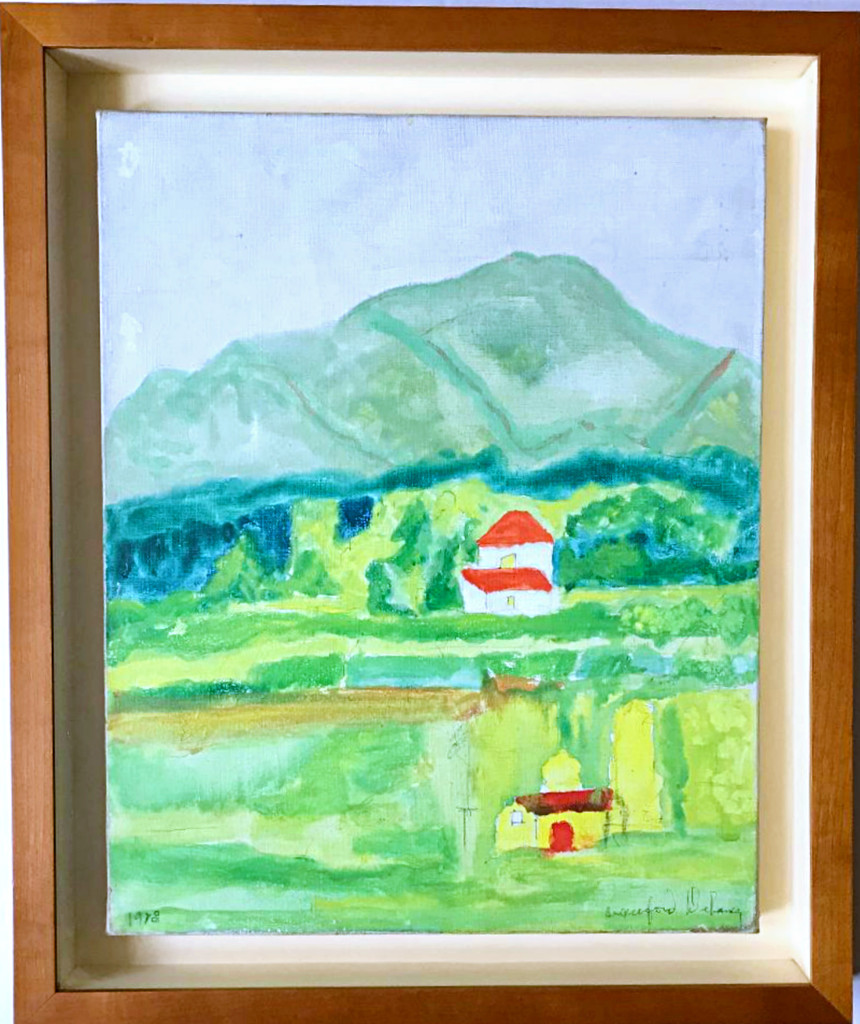 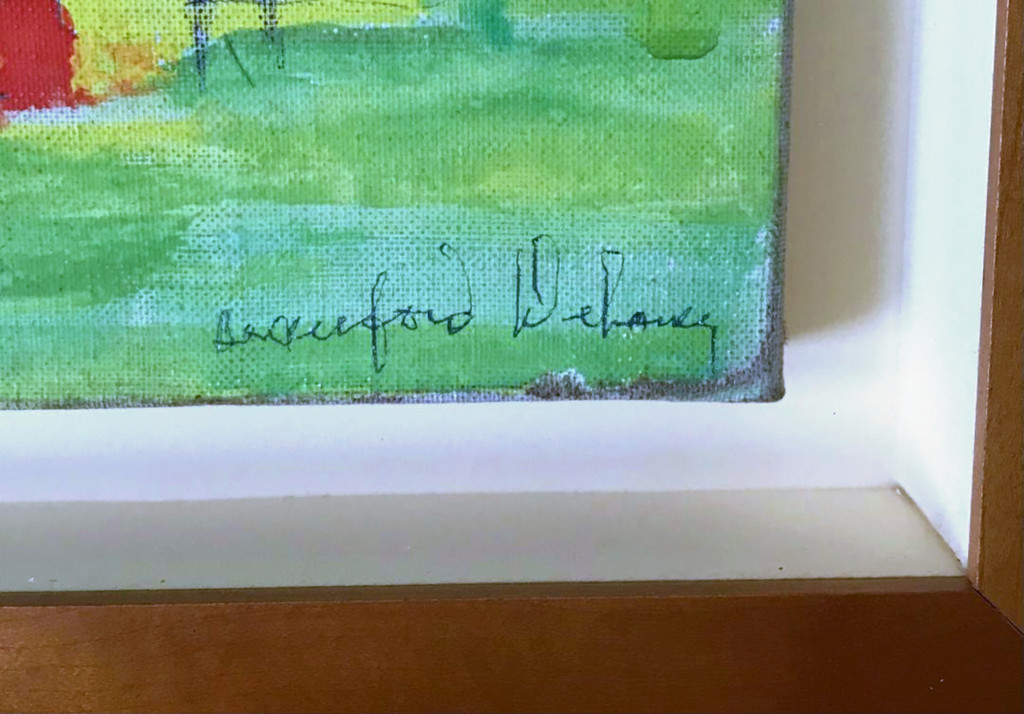 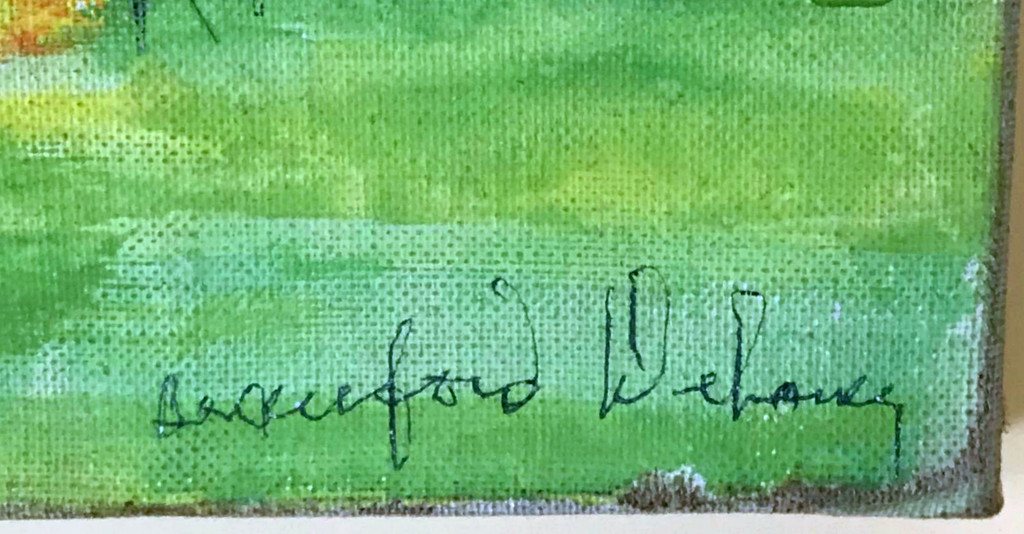 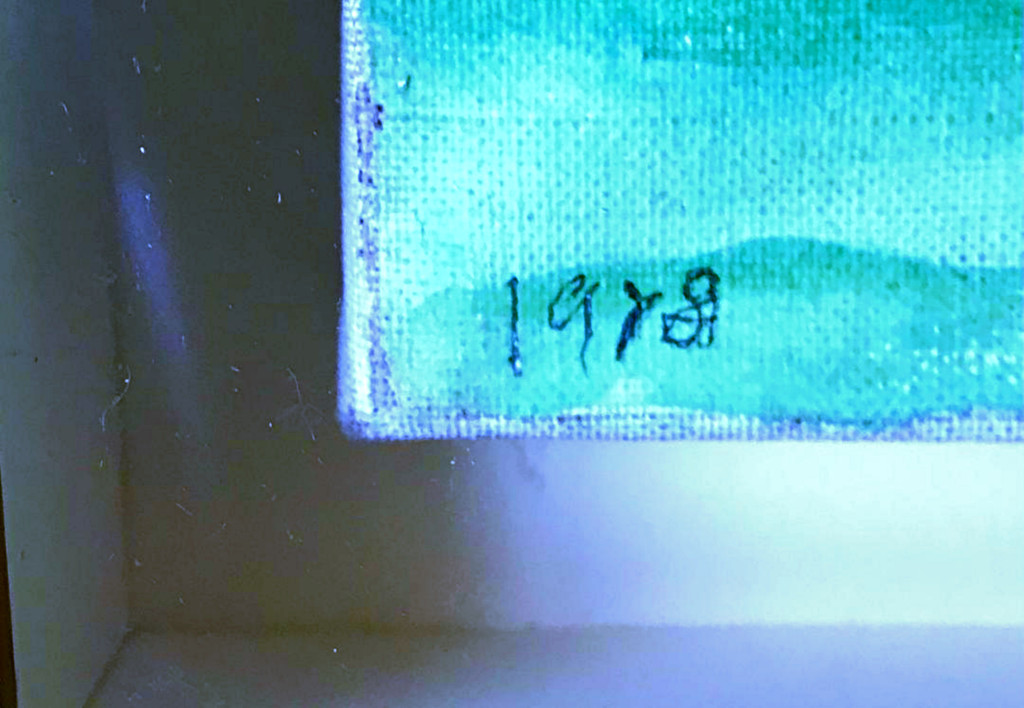 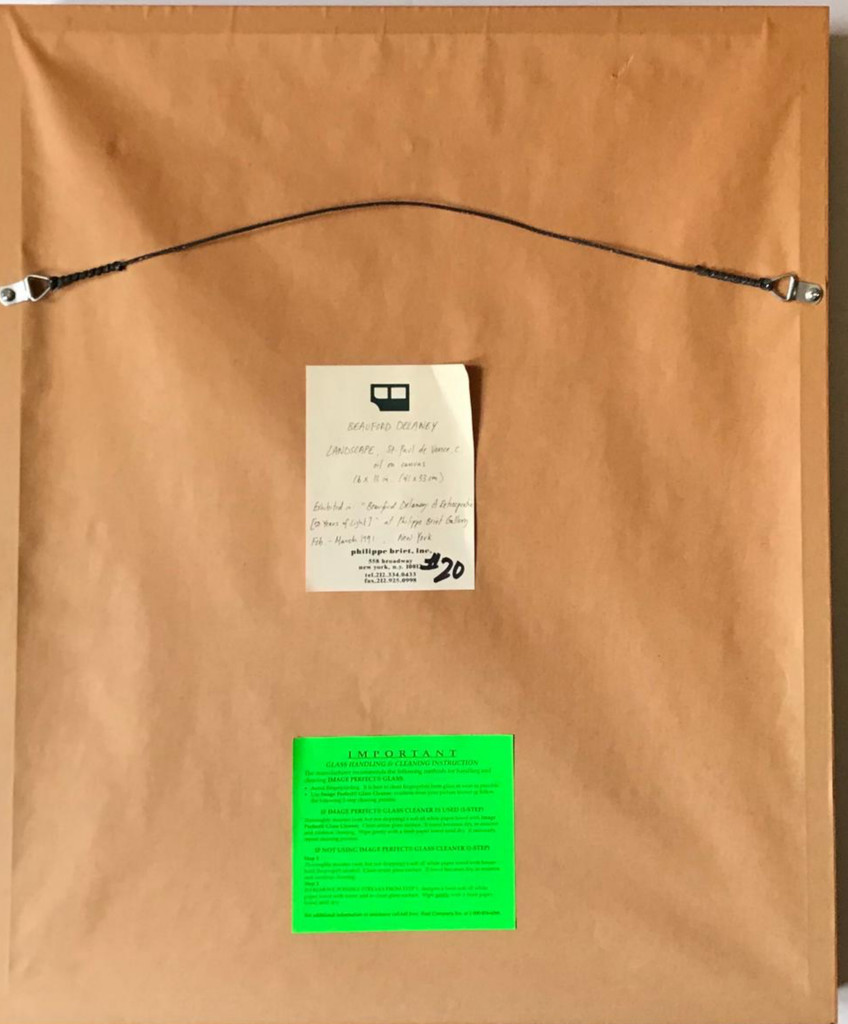 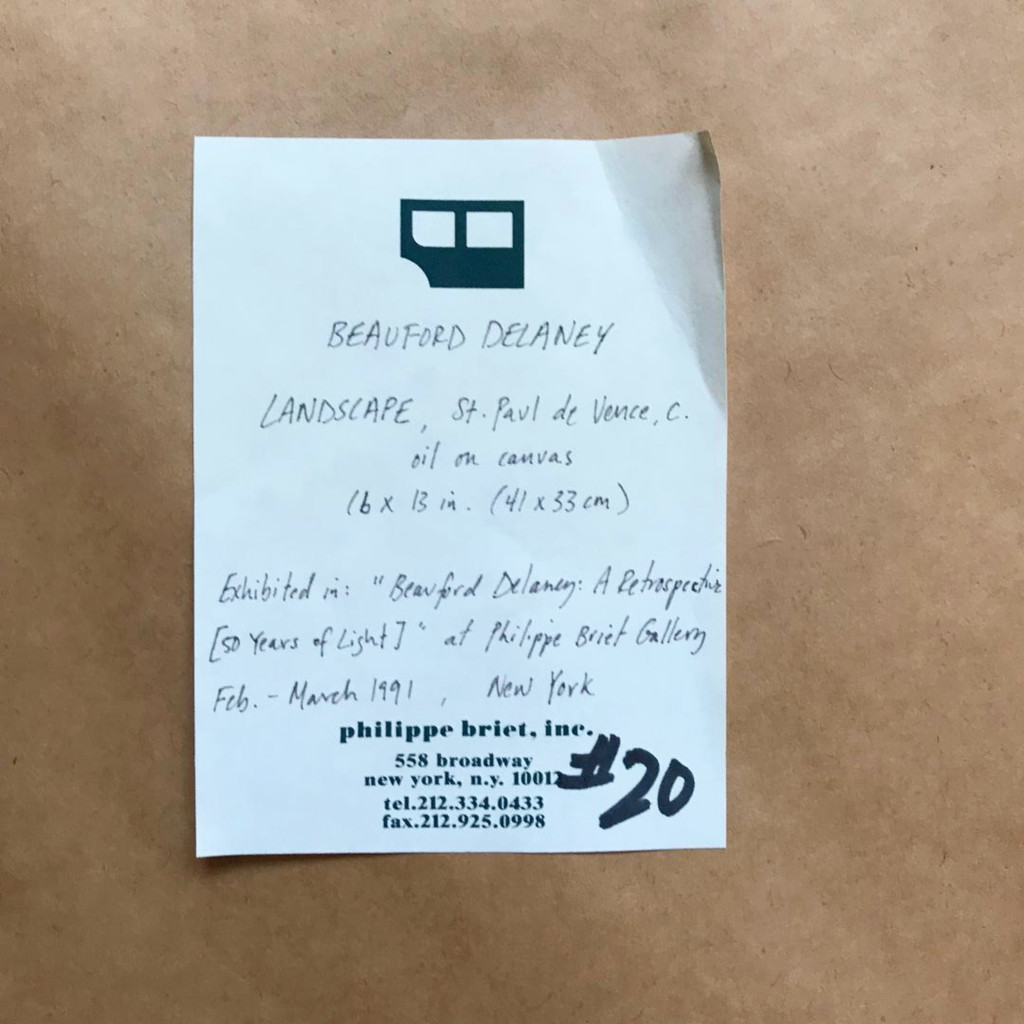 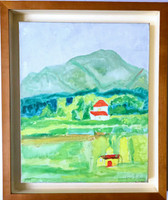 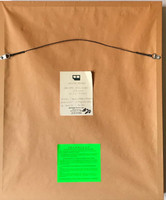 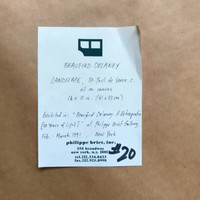 This important painting by legendary African American artist Beauford Delaney is fresh to market, has not passed through auction and has not been seen since 1991 when it was exhibited in the groundbreaking show "Beauford Delaney: Fifty Years of Light, A Retrospective" at the Philippe Briet Gallery in SOHO, New York. It was also featured in the catalogue that accompanied the show. "St. Paul de Vence" was created in 1978 - the year before Delaney died - and it depicts a town he frequented often during his later years. Delaney, who was born in Tennessee, had a fascinating and tragic life that took him to Boston for art studies, then New York during the Harlem Renaissance, and ultimately to Paris where he would die in an insane asylum in poverty and relative obscurity. While in France, Delaney would become great friends with the American writer James Baldwin, another expatriate who famously lived in the town of St. Paul de Vence in Provence - the subject of the present painting - where Beauford would often visit. Baldwin considered Delaney a mentor, and in 1985 he described the impact of the latter on his life, saying Beauford was "the first living proof, for me, that a black man could be an artist. In a warmer time, a less blasphemous place, he would have been recognised as my Master and I as his Pupil. He became, for me, an example of courage and integrity, humility and passion. An absolute integrity: I saw him shaken many times and I lived to see him broken but I never saw him bow."
Philippe Briet (1959-1997) was a French gallery owner and publisher who was instrumental in the re-discovery and re-appreciation of the varied and subtle lyrical abstractions, portraits and landscapes of Beauford Delaney. From the late 1980s through the mid 1990s, Briet worked tirelessly to rescue Beauford’s works from obscurity and to promote his legacy - laying the groundwork for the monumental critical recognition and market appreciation that would come over the next two decades. Briet moved to New York from France in 1985, and opened his eponymous gallery in SoHo in 1987 where he got to know many people in the New York art scene including Jean-Michel Basquiat and other Graffiti and Pop artists. As the story goes, in 1988, Briet chanced upon a catalogue of Beauford Delaney's work during a trip to the Studio Museum in Harlem, and from then the young French gallerist became obsessed with sourcing and exhibiting Delaney's work - curating several landmark exhibitions of the artist's paintings.
The Philippe Briet Gallery was financed by the New York branch of the French bank, Société Générale. However, after mounting losses and insolvency, in December, 1994, Société Générale eventually foreclosed on the gallery's inventory and consigned most of the Delaneys to the New York dealer Michael Rosenfeld. Before doing so, it offered 1st dibs on the works to all employees of the bank, including the bank employee assigned to work on the foreclosure. "St. Paul de Vence" is one of the works he chose for his personal collection, a favorite from the retrospective, "Beauford Delaney: Fifty Years of Light". He was also present with Philippe Briet on that fateful and unhappy day of the foreclosure.
Tragically, in 1997, three years after the dissolution of his gallery, Philippe Briet was found murdered in his New York apartment at the age of only 38. He would not live to see the publication of the 1998 biography "Amazing Grace: a life of Beauford Delaney" by David Leeming, nor would he see the subsequent museum retrospectives of Delaney's work - a vindication of the doomed gallerist's perseverance, foresight and passion.
St. Paul de Vence has impeccable provenance. It is accompanied by a receipt dated 12/19/94
signed by the Société Générale's senior officer, Briet's original financier.
Fresh to market, and newly presented after 20 years in a private collection.
Measurements:
Framed:
19 inches (vertical) x 16.5 inches (horizontal)
Canvas:
15.5 inches x 12.5 inches 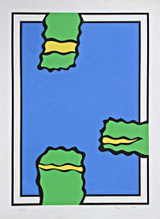 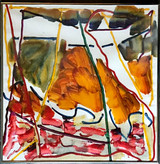 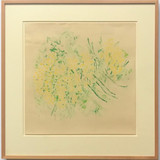