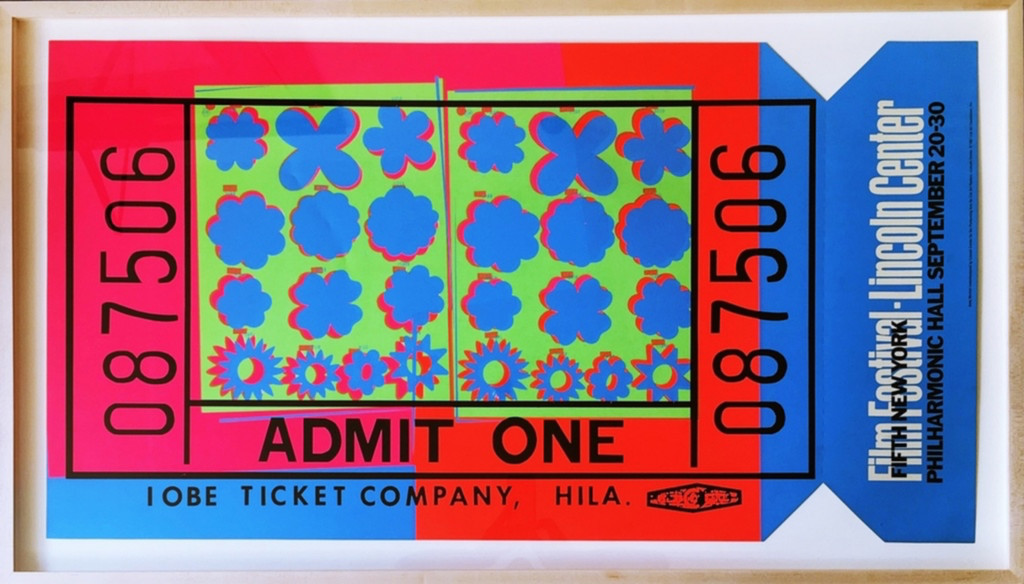 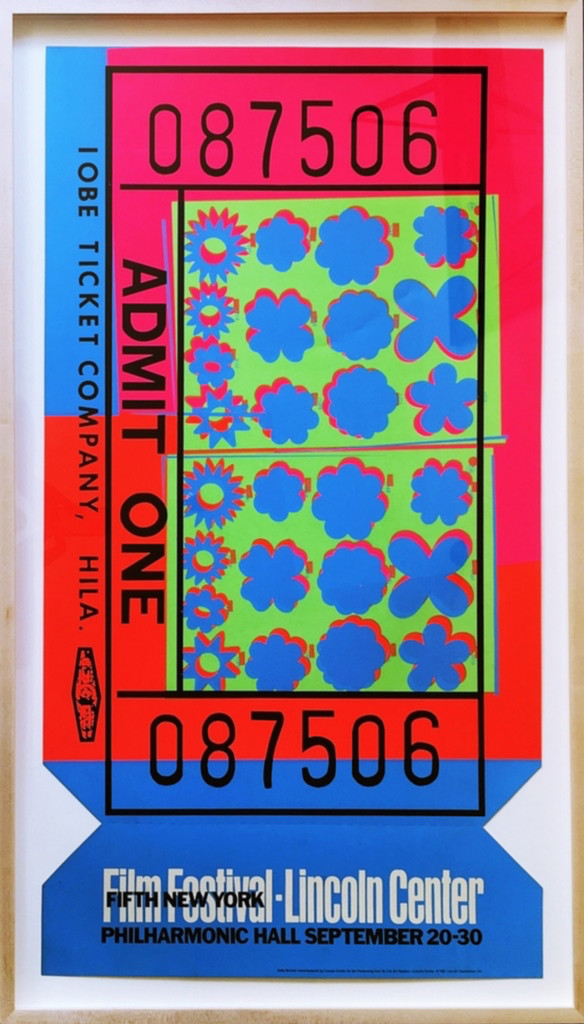 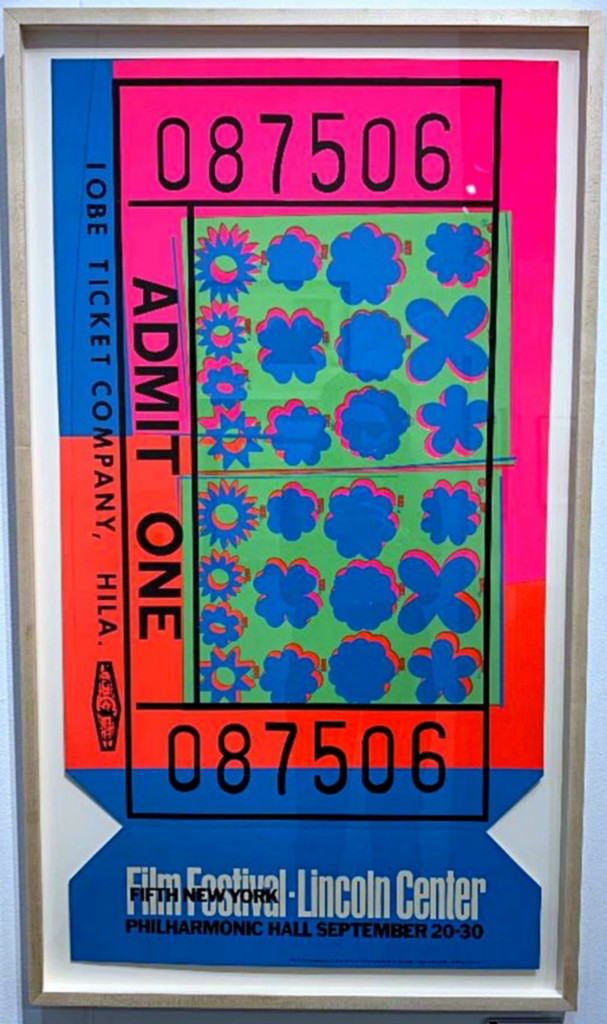 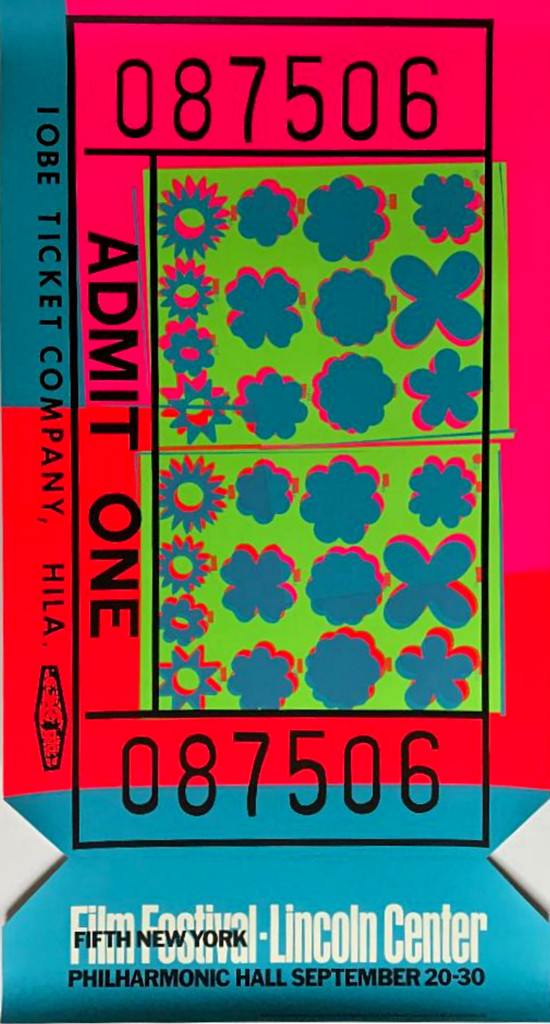 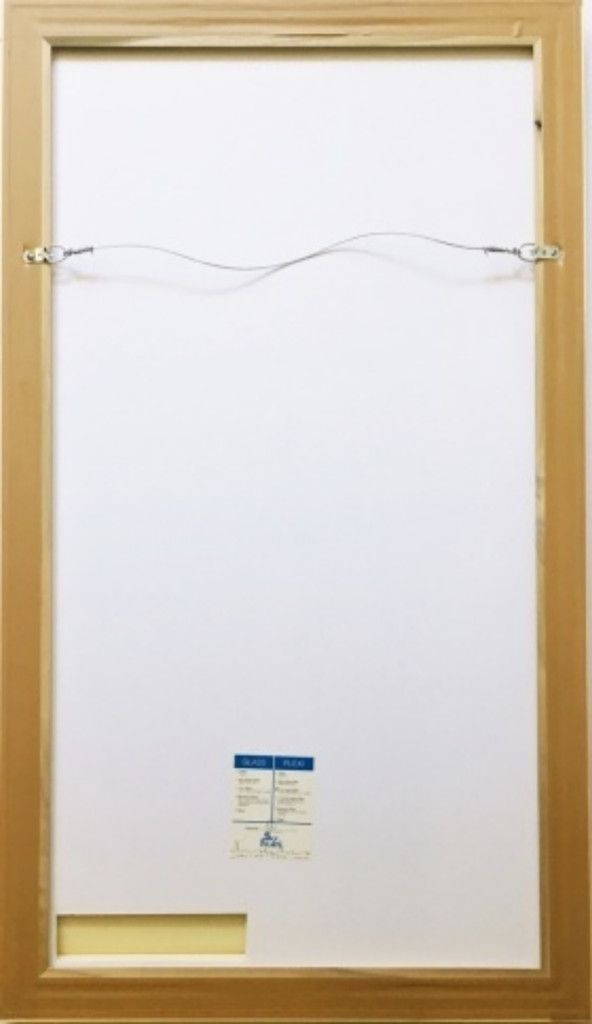 This work is one of only 200 done on opaque acrylic rather than wove paper, signed and numbered by Andy Warhol with an engraving pen. (Separately, there was an unsigned edition of 500 on wove paper). What distinguishes this rare, extremely desirable signed edition of 200, other than that it is signed and numbered by hand by Andy Warhol, is that the black graphic text "FIFTH NEW YORK" is placed directly over the text "Film Festival of Lincoln Center"; whereas in the edition of 500, the text black text "FIFTH NEW YORK" is placed on top of the white text. An innovative feature that appears in this special edition is a perforated line running across the surface of the print, at its triangular cut out sides, mimicking the tear line present in real commercial movie admissions tickets. Chiron Press commissioned by Lincoln Center, devised a special process expressly to imprint the edition with this perforation using a die cut stamp. This work is quintessential early Warhol, with characteristic bright neon colors, featuring text, along with the artist's very recognizable flower motif. The Lincoln Center ticket simultaneously reflects Warhol's central preoccupations with commercial culture (the ticket is, par excellence, an object that is bought and sold), as well as his fascination with Hollywood - as the ticket, quite literally, represents an entree into the world of film. Warhol's appropriation of the flower - an otherwise sentimental and decorative motif, transforming it into a symbol of the Pop Art movement, is a hallmark of his early style and innovations. Andy Warhol's vibrant vintage color silkscreen "Lincoln Center Ticket" from the fabulous Sixties is considered one of the more iconic and recognizable Warhol images. It is also one of Warhol's earliest prints. The Vera List Art Project, which commissioned this design, was established in 1962 by philanthropists Vera and Albert List as a way to both support the visual arts and raise funds for Lincoln Center. During the '60s, Warhol was making numerous films. He was also a big fan of Hollywood, as evidenced by his preoccupation with movie stars like Liz Taylor and Marilyn Monroe. The giant movie ticket of "Lincoln Center Ticket" is also Warhol's homage to fellow Pop provocateur, Claes Oldenburg, famous for appropriating everyday objects and re-imagining them on the grand scale - as Warhol was acutely aware of the works of his contemporaries. Warhol's Lincoln Center ticket has been featured in numerous exhibitions and surveys of prints and multiples of the Sixties....and in recent years, it was even featured in a segment for "Antiques Roadshow." 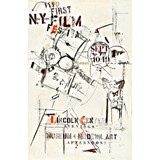 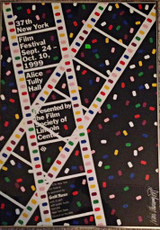 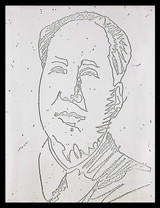