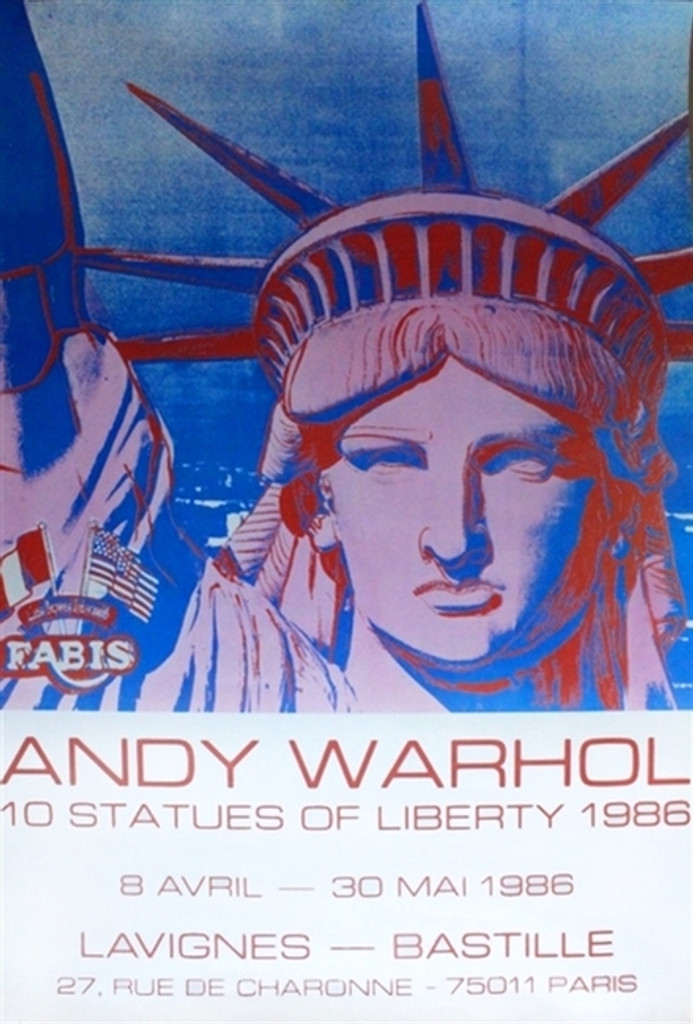 Andy Warhol
STATUES OF LIBERTY, PARIS, 1986
Offset Lithograph Poster (unframed)
38 3/4 × 27 in
98.4 × 68.6 cm
Edition of 500
This oversized vintage Warhol exhibition poster was published on the occasion of the exhibition "Andy Warhol: 10 Statues of Liberty" at Galerie Lavignes-Bastille, Paris, 8 April - 30 May, 1986. The print was published in an edition of fewer than 500, and is considered especially collectible as it was a lifetime edition for an exhibition that Warhol attended. It was printed in 1986, the year before Warhol died. Warhol's renditions of the Statue of Liberty have been the inspiration in both subject matter and style of many subsequent generations of Pop artists, including Peter Max's ubiquitous Statues of Liberty. Warhol reprised his successful 1960s series based on Lady Liberty, with 10 of the large-scaled Camouflage Statue of Liberty paintings based on a close-up enlargement of the figure’s head. These later Liberty works commemorated the 100th anniversary of the gift of the statue from France to America, according to Warhol biographer Victor Bockris. Warhol traveled to Paris in March that same year for the debut of this body of work at Galerie Lavignes-Bastille. The show was initially an uncharacteristic and inexplicable failure. “It was a great show,” recalled the dealer Patrice Landau, “but we didn’t sell a single painting. Here it was a total flop.” One of the camouflaged works shown in Paris later sold at Sotheby’s New York in May 2008 for $5,193,000, and one of Warhol's original Liberty works from the 1960s was offered at Christie's in 2012 for tens of millions of dollars. 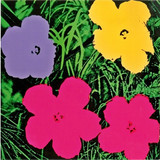 ANDY WARHOL, Chanel No. 5, Set of Four Offset Lithographs on Linen Back, Chanel 1997 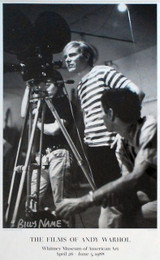